OPINION: The power of words 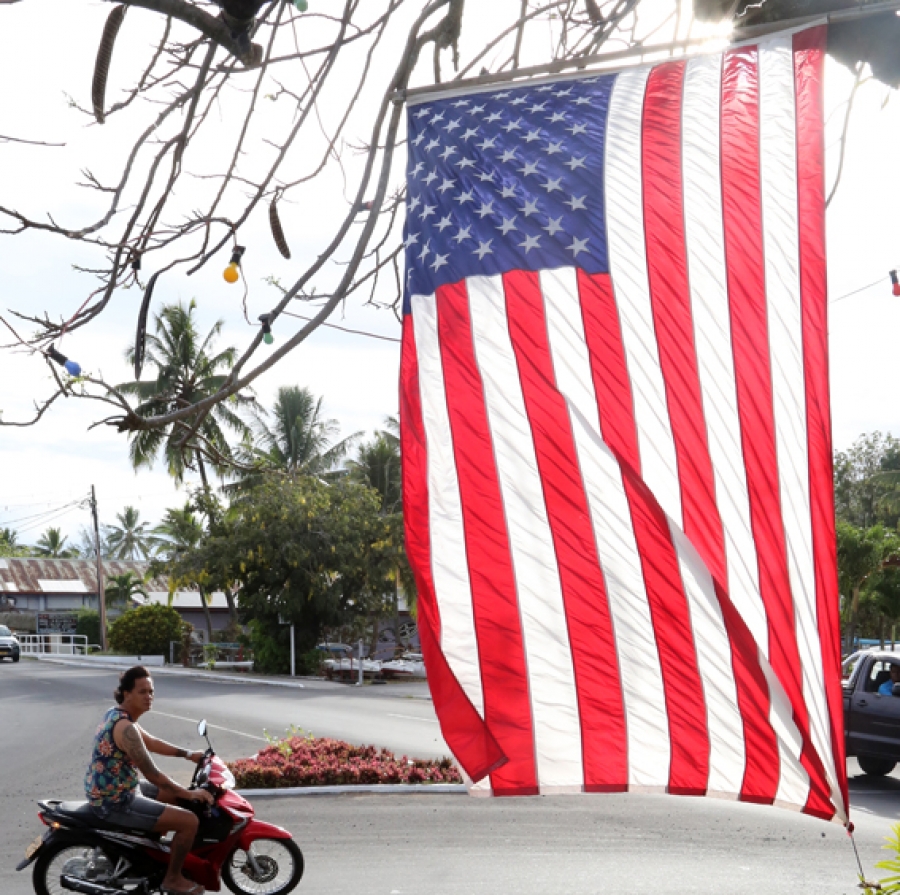 Individuals must take responsibility for the words they choose to use, because seditious words turn to violent actions. By Ruta Tangiiau Mave.

They say people would rather believe an elaborate lie, than accept the simple truth, and for many years several countries including us lowly members, of what some people say are the Banana Republics have been lorded over and told who and what is best. Like the Disney movie Tangle, Mother knows best. Except the tune is to Yankee Doodle Dandy, Leader of the Free World, The land of Milk and Honey.

I must have slept deeply and not noticed the tectonic shift of the earth plates beneath the United States of (North) America bringing them down to Central and South America where the visuals of insurrections and protests against governments and storming of political buildings is more common place. Where, when voting is tampered with, the trumpets of the cavalry from America the Great are sounded, to herald the bringing of law and order, truth, justice and democracy (the American way) to the poor misguided country.

For all the criticism of Venezuela’s previous dictator by the current U.S. administration, irony always finds a way. Sadly, no, there wasn’t such an earth shattering change, but it was earth shattering to everyone around the world, who finally heard the little boy call out loud “The Emperor’s not wearing any clothes.”

America the land of the free, who spends 785 billion dollars of their budget on defense every year, but has failed twice to protect its’ own people from planes in New York and now, not even their politicians own house is safe.

Two thousand Capitol police who showed how badass they were when a peaceful Black Lives Matter protest marches down Pennsylvania Ave, but are easily overrun, and in cases, open the gates allowing this mob to storm into the building. If we are to believe Hollywood, the CIA, FBI, Homeland security, and every other arm of defense have the highest level of ‘army intelligence’ to know and to stop these types of actions ahead of time. Maybe Hollywood is America’s greatest PR machine, it’s all special effects, smoke and mirrors because they aren’t that fantastic after all?

Personally, I believe the words ‘army intelligence’ in the same sentence is an oxymoron. So, it seems are the words United States. If they can’t or won’t protect their own, who are we to believe they want to, or care about protecting us from the big bad wolves of China and Russia? It’s said people in glass houses shouldn’t throw stones.

And the heroes of the day were not, as Hollywood would have us believe, Channing Tatum type, Kevlar vested, black clad law enforcement officers, it was female staff aides, who, while everyone is ducking for cover, have the intelligence, loyalty and wherewithal, to take all 18 boxes containing the electoral votes safely away from the maddening crowd.

Green Book, a movie about a friendship that started in the 60’s where a third generation Italian from the Bronx drives an African-American classical pianist, and Doctorate in Philosophy, around a tour of the deep south of America, where people were still flying the confederate flag. The role reversal proves to be a real challenge to those in the deep south, and despite being treated like a lowly slave, whilst entertaining the rich and racist, Dr Don Shirley consistently upheld to his New York night club bouncer, now driver, that violence never solves problems only dignity must prevail.

Not much has changed over fifty years, there was no dignity shown during the storming of the Washington Capitol, but it was present during the Black Lives Matter marches. The role reversal continues, the slaves of America’s past continue to show up the lack of moral decency in those who say they invented it, demand it and indoctrinate it to other cultures and countries. As Obama has compared to Trump.

Words repeated from a podium are being labelled the reason for the siege. It’s important for everyone to take responsibility for the words we choose to use.  Seditious words turn to violent actions as seen at the Reichstag (Hitler).

There are people of every culture that understand the phenomenal power of language, words. Orators, writers, poets, rabble rousing demagogues, populist politicians, spin doctors and marketers. Yet, as parents and teachers most of us have little training around the power of words nor how to structure and use them responsibly.

The power of words on the psyche of a mob or a child has long lasting consequences, when a parent or teacher tells a child they are worthless, or some profanity it echoes in their self-talk, until they believe it. The sacred begins at the tip of the tongue. Be careful when speaking, you create the world around you with your words.

We may not have Doctorates in English, but we can recognise poor sportsmanship, a sore loser and someone having a ‘Tantrump.’