OPINION: Saluting our workers on May Day 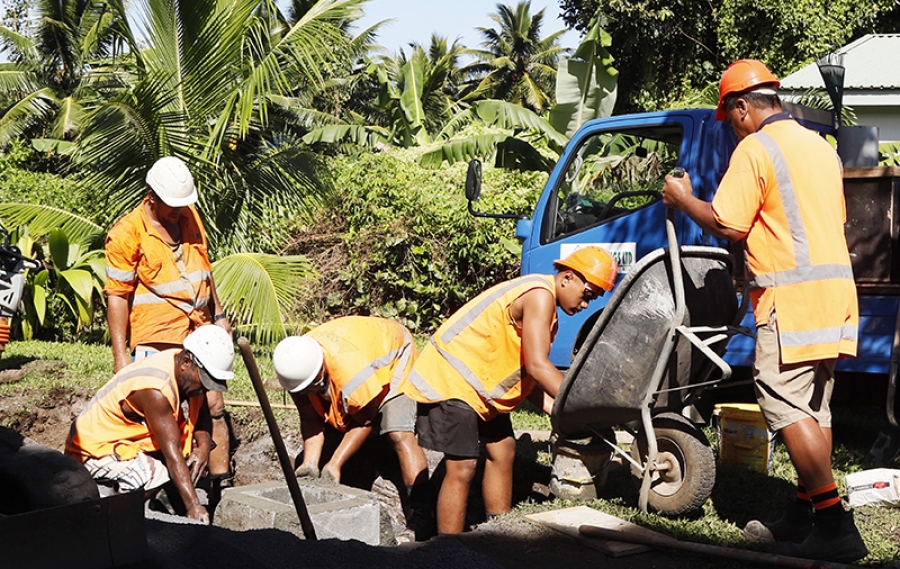 Good people with good hearts are being run by incompetence and nepotism up high. They work for the man or the ministry, and the man and the ministry work them to death, writes Ruta Tangiiau Mave.

‘Mayday, Mayday’ is the distress call for pilots or captains of planes and ships as they lose control and will certainly plunge into the abyss of clouds and water.

May Day is also the International recognition of Labour Day of the working-class workers and encourages them to know their rights. It started with the eight hours a day movement, which dates back to the 16th century, but owes its success to the British Industrial Revolution that transformed working life from 10 to 16-hour days, six days a week, when child labour was also common.

Moving fast forward, technology designed to make our lives easier, save time and be convenient, has proven to be quite the opposite.

The computer was supposed to create a paperless world, now we use more, as hard copy backups and originals hold more weight as evidence and substance than online correspondence.  In the fight to climb the ladder and smash the glass ceiling even the white-collar workers found themselves labouring to 10 to 14-hour days, six days a week.

The suburban dream of the nine to five Monday to Friday with sport and lawns on Saturday, church and rest on Sunday, went out the window when malls opened 24/7.

In full tourist season, our hospitality staff in resorts and accommodation would find themselves working long hours, most days with impossible demands to turn around rooms to high standards, or back to back weddings, so guests can be squeezed into every minute of every day. Challenging for the owners, stress for the workers.

Delayed flights, double bookings, and bridezillas will have staff being called in early hours or held late into the night, to be repeated the next day on minimum wage, with no overtime, only time in lieu and no time to take it.

The government subsidy of eight dollars an hour can be a large fall for some, but changes little for others. They are still working away from their families, sending money home to feed, clothe and educate their own children right through university, while cooking, cleaning or raising someone else’s children over here.

In contrast, some foreign workers on full time subsidy, for 18 hours a week, giving no community service, are paid similar to what a full-time ambulance driver on shift work earns. Mayday.

Then we have our over-worked, under-staffed health and teaching government workers. They may have benefitted by retaining their jobs while tourism lost theirs. They do benefit from the across-the-board power subsidy and 70 per cent interest paid on loans, but their workload has increased exponentially.

Their wages pre-Covid were too low then, and they’re much too low now. It’s been over a year and the cracks are starting to show, the layers are peeling away and the fragility of our most wanted, needed and often mistreated nurses, doctors and teachers, is being exposed.

Women worldwide have been affected most from the effects of Covid, carrying more stress and responsibility for keeping the home together. They are giving 200 per cent to everyone, every day, without realising their 100 per cent effort is more than others offer.

They have cut their life’s bloodstream and are draining themselves dry, until there is nothing left but a shell. They enter the classroom to follow up and through on the lost children falling through the cracks, teaching them to read, where no one else has cared enough to get them to school, only to be hailed irresponsible by parents who want free labour at home.

Or they take case after case of human abuse, against each other, against themselves, in harm and lifestyle. They soothe, mend, guide and nurture, only to be criticised by the very patients they just healed because they want a magical quick fix. “Don’t expect me to help myself, you do it, that’s what you are paid for, right?” Mayday, Mayday.

Our frontline workers are folding, they are going home broken and worn to the bone, they have given their all 12 to 14 hours a day and are still criticised as it’s not enough. They are crashing to rock bottom, exhausted, disillusioned, unsupported.

Good people with good hearts are being run by incompetence and nepotism up high. They work for the man or the ministry, and the man and the ministry work them to death.

Death in their beliefs they can help or are helping. Death for the job they no longer love. Death to their hope if they just push on further, show the way clearer, be available to mentor others, someone will recognise them and say ‘Thank you’.

To our workers, take heart and healing. We salute you.