OPINION: ‘Good decision is always based on knowledge’ 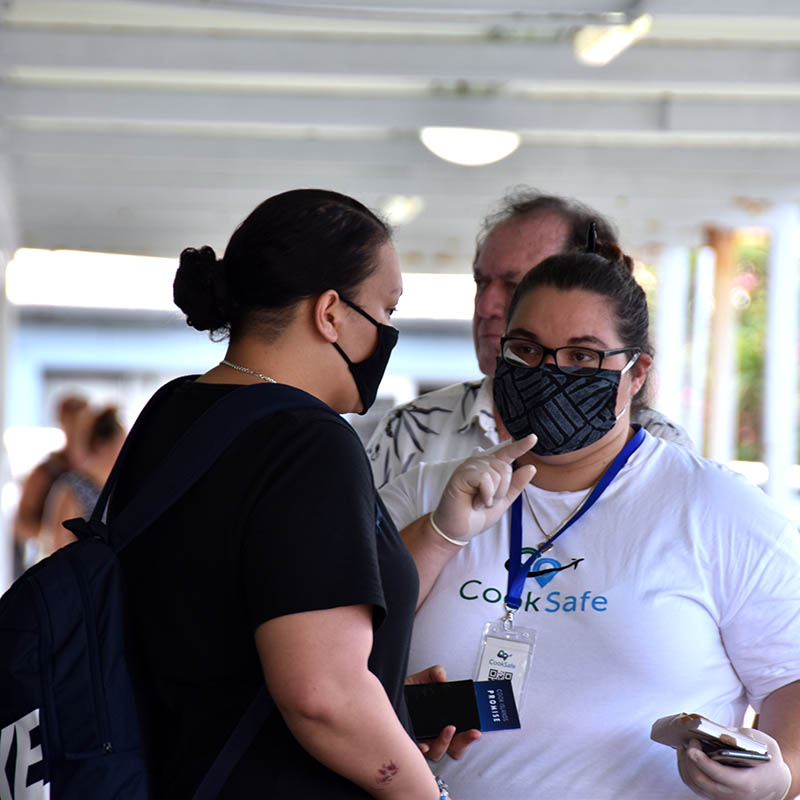 Jacinda Ardern’s hardest decisions for us, are not between good and bad or right and wrong. But between two goods and two rights, writes Ruta TangiiauMave.

I needed to do the laundry, but then I realised I was out of detergent, so I went to write a shopping list and realised how unorganised the junk drawer was, and started checking pens for ink.  When I went to toss all the junk, I saw that the trash was full but before I took it out, I wanted to get rid of old food in the fridge.  That’s when I realised a juice jug had leaked so I needed to clean it up but when I went to grab a rag, I saw that the linen closet was a nightmare so I started organising it. And that’s how I ended up on the floor looking at my old photo albums from 1990s and not doing the laundry.

Procrastination, is the action, (inaction) of delaying, postponing something. Similar words can be stall, gain time, play for time, delay, hedge, play a waiting game, put off doing something, stonewalling.

After the announcement of a May opening of our borders for New Zealand tourists, there were many of these names bandied around about Cook Islands Tourism business sector dangling on a frayed rope. There were other names, too colourful to mention. So why is Jacinda holding back her team of 5 million from gracing us with their influx of spending money to fill our hotels, resorts, roads and lagoons?  There are three categories of procrastinators:

Arousal types who leave it all to the last minute to get a feeling of excitement, rush of euphoria. If you were to add up all the work done in the ‘last minute’ or the ‘eleventh hour’ it would seem nothing makes a person more productive than the last minute, in fact if it weren’t for the last minute nothing would get done. But I don’t think this is her reason.

Avoiders, have a fear of failure or fear of success, they would rather people see them have lack of effort than lack of ability. It’s not her lack of effort or ability but a very real fear of failure, that the Cook Islands will be the next Tahiti who have 141 deaths. So far, more than 18,598 have tested positive for the virus. Before the borders opened 62 cases were detected. July the borders reopened and mandatory quarantine requirements were abolished to boost tourism. The first death occurred four months later. Just because a decision hurts, doesn’t mean it’s the wrong decision. Sometimes the hardest thing and the right thing are the same thing.

The third characteristic is Decisional delaying, a lack of making a decision absolves responsibility for the outcome of the events. It’s easy for us to say, ‘Hurry up, what’s your problem?’ because we don’t have to bear the weight of wellbeing for 5 million plus, on our shoulders. It’s not wise to base important decisions on advice from people who don’t have to deal with the consequences. In our case, bringing the problem solving, stage into the decision making, stage, will result in surrendering to the problem rather than the solution. The main problem is Covid-19, not our lack of tourism. Do we want these headlines? “This Island Nation Had Zero Covid Cases for Months. Now It’s Overwhelmed. The crisis in Papua New Guinea is a reminder that the virus will keep wreaking havoc. The “major epidemic,” most likely began in February. About 70 per cent of symptomatic patients are testing positive — among the highest rates in the world. Of the country’s 39 deaths from the virus, 30 have happened in the past six weeks, and the number is expected to swell.”

When Jacinda decided they will ‘go hard and go early’ to achieve zero Covid-19 it was viewed as a reaction of fear rather than a decision of courage.

But a good decision is always based on knowledge, not numbers. Her decision was made due to her knowing what her values are and the safety and protection of her country.

All decision making is a value’s clarifying exercise and hers has not wavered. Now New Zealand gathers in thousands watching the America’s Cup while the world remains shut down in lockdown for months.

Her decision to not open our borders comes with a deep conviction to remain true to her values rather than say ‘yes’ just to make us temporarily happy. Obstacles have arisen, with community outbreaks, requiring some changes in direction to reach the goal, overcoming challenges doesn’t mean changing your decision on how to get there.

Between calculated risk and reckless decision-making lies the dividing line between profit and loss, in the count of lives more importantly than money. Ours is not an open or closed case. Jacinda’s hardest decisions for us, are not between good and bad or right and wrong.

But between two goods and two rights.