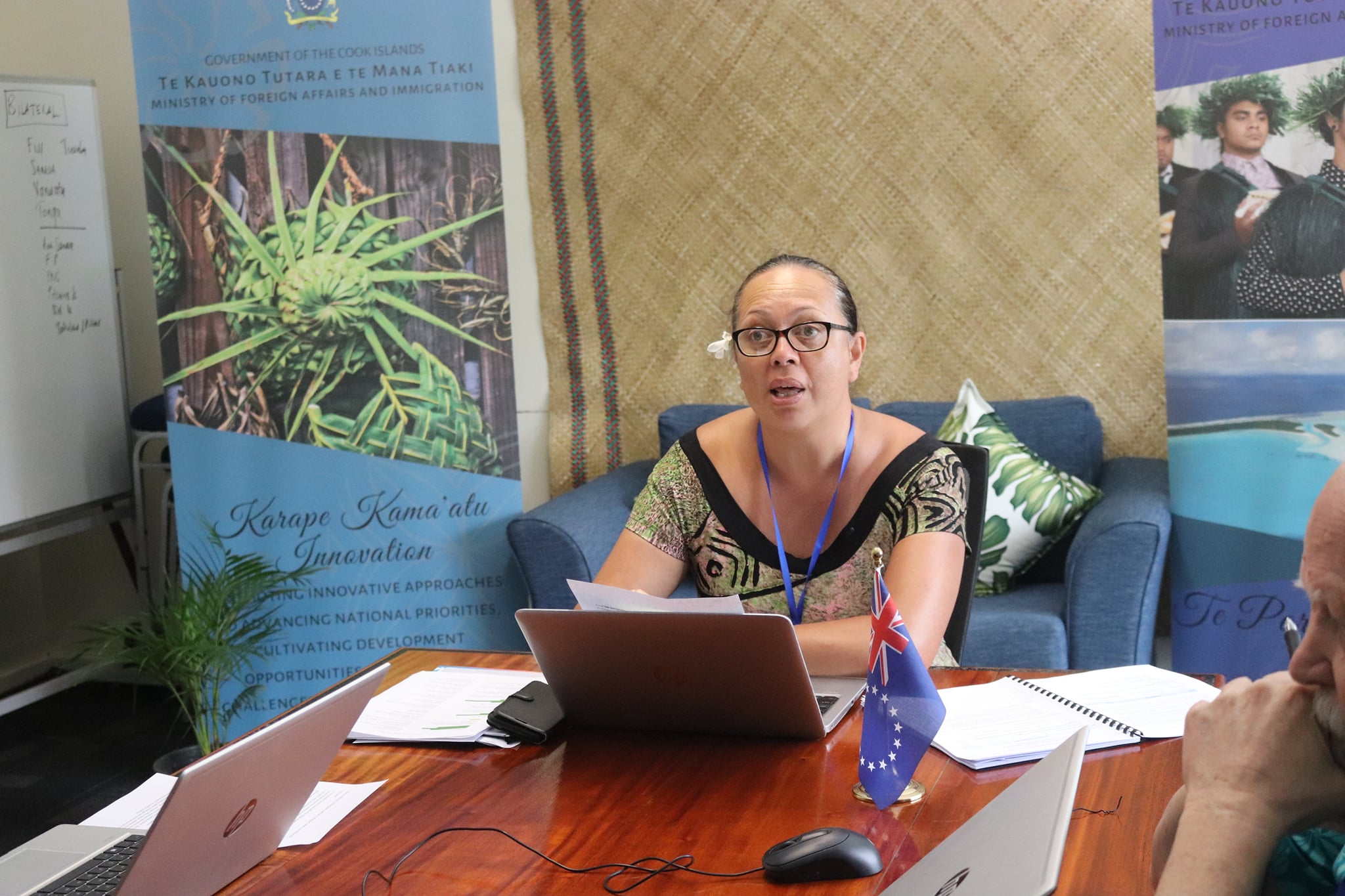 Pacific island nations meet in a bid to elevate anti-nuclear advocacy through the Treaty of Rarotonga.

Cook Islands has expressed their concerns about regional and global nuclear issues at the States Parties to the South Pacific Nuclear Free Zone Treaty (Rarotonga Treaty) meeting this week.

The meeting was in response to the call by Pacific Islands Forum Leaders at their 50th Meeting, held in Tuvalu in 2019, to operationalise the provisions of the Treaty to address the potential threat of nuclear contamination to the Blue Pacific as a result of the nuclear weapons testing carried out years ago in the region.

The Treaty signed and adopted in Rarotonga in 1985 formalised a nuclear-weapon-free zone in the South Pacific.

In a statement, Ministry of Foreign Affairs and Immigration said the meeting aimed at elevating anti-nuclear advocacy through the Treaty of Rarotonga.

Secretary of Foreign Affairs and Immigration Tepaeru Herrmann delivered a statement on behalf of the Cook Islands at Monday’s meeting.

“It is true to say that, for our part, the Cook Islands has played an important role in the region’s stand against nuclear weapons. Being situated between former testing sites to the east in French Polynesia, to the north in Christmas Island, and to the west in the Marshall Islands, we have always been acutely aware of and sensitive to the painful nuclear legacy of our Pacific Island brothers and sisters, the consequences of which are still being suffered to this day. To a lesser or greater extent, we all share this awful legacy,” Herrmann in her statement.

“This is why the Cook Islands has long taken such a strong stance towards keeping our Pacific region nuclear free. From our hosting of the Rarotonga Treaty signing in 1985, to sailing our iconic Voyaging Canoe - Vaka Te Au O Tonga to the test site in Mururoa in 1995, the Cook Islands have participated actively in various protest actions which ultimately helped to bring about the end of nuclear testing in the Pacific.”

More recently, she said the signing of the Comprehensive Test Ban Treaty in 2005, and becoming the second country in the Pacific to join the Treaty on the Prohibition of Nuclear Weapons in 2018, serve as further examples of the Cook Islands strong and resolute anti-nuclear stance.

“This week’s meeting outcome is a strong reflection of the concerns we in the Pacific all share about regional and global nuclear issues and positions us well for what is a big year in 2021 for nuclear disarmament, regionally and globally, with the five-yearly Review Conference on the Treaty on the Non-Proliferation of Nuclear Weapons, the Treaty on the Prohibition of Nuclear Weapons coming into force, and growing calls from our Pacific Leaders for action on dealing with the legacy contamination in our region from nuclear testing.”