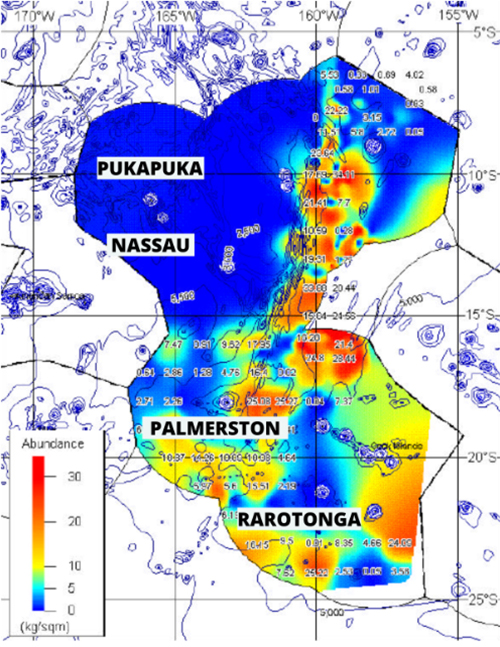 Te Ipukarea Society’s response to the article by Gerald McCormack published in Cook Islands News on Thursday, February 11, 2021 on the impact of six mines on benthic megafauna.

Although McCormack is a well-respected terrestrial ecologist in the Cook Islands, and has done extensive reading on the topic, he is not an expert on deep sea biology or deep sea mining. As such, the Seabed Minerals Authority (SBMA), being the regulatory body, should have had the article peer-reviewed before sharing his opinions as if they were expert conclusions. For the SBMA to promote his conclusions, on their website and in a paid/sponsored Facebook post, without peer review by independent deep-sea scientists, is irresponsible.

Some of McCormack’s conclusions on impacts to megafauna (animals which are visible to the naked eye) are apparently derived from a report of a Japanese research cruise report dated 2001, which included a 50km video transect. Only 22km of the transect was through high-density nodule areas (HDNA). If, as assumed by McCormack, the single transect was 1m wide, the area it covered equates to 0.022 sq.km – smaller than two rugby fields. That is only 0.00004 per cent of HDNA and 0.000001 per cent of our EEZ. To make conclusions about the likely impact of six deep-sea mines on megafauna based on this tiny area cannot be considered a precautionary approach (a requirement in international law under the UN Convention on the Law of the Sea).

• The very limited data collected, may suggest some of what McCormack states in the article, but these surveys are nowhere near comprehensive enough to show anything with a reasonable amount of confidence. The results of this one-off survey should not be compared to the results of the extensive surveys conducted over many years in the Clarion Clipperton Zone (CCZ – an area in the north central Pacific Ocean where deep sea research is taking place by independent researchers and mining companies). Te Ipukarea Society maintains that much more research should be conducted in the Cook Islands EEZ, and this be done as much as possible by independent deep-sea biodiversity specialists.

• McCormack’s calculations of area within the Cook Islands Exclusive Economic Zone (EEZ) which will be destroyed by these six hypothetical mines – 20,000km2 - do not take into account the impacts of sediment plumes. Modelling, which is still ongoing, indicates that sediment plumes (uplifting sediment from the sea floor) could travel significant distances from the mining site, even up to 100km away. The settled sediment from the plume could smother other fauna (including microfauna, those invisible to the naked eye), even if the layer is less than 1cm thick. Therefore, the impact of mining will be far greater than just on the fauna directly removed with the nodules. Some deep sea scientists predict this could impact between two and five times more than the mined area.

• The photos taken during the Japanese survey did not identify fauna down to the species level, and therefore do not provide an accurate depiction of biodiversity. Even if our nodule rich areas do have lower abundance and/or species diversity than the CCZ that does not make them less significant. In fact, they could be more significant if not found elsewhere.

• In an article by McCormack last year, he argues that a precautionary approach for the Cook Islands might be allowing one mine to go ahead, after exploration, with ongoing monitoring to inform further activity. McCormack has not referenced any data collected since then which would justify his newly stated conclusion of six mines having minimal impacts.

• Finally, McCormack points out that the destruction by mining in the Cook Islands CCZ concession (coordinated by Belgian company GSR) will likely be worse than the destruction in our own EEZ. In that case, perhaps it is time to re-think our role as a sponsor state for this destruction, and instead focus on our global commitments to halt biodiversity loss.

While it may not have been McCormack’s intention to provide justification for the Government to licence up to six mining operations over a 40 year period, that is in fact the take home message that most people will see. This view is further encouraged by the paid promotion of the article by the SBMA. We need much more time to conduct research to inform our conclusions on whether or not to mine our deep sea bed at all, let alone allow six mining licences, even if only three at a time as suggested.