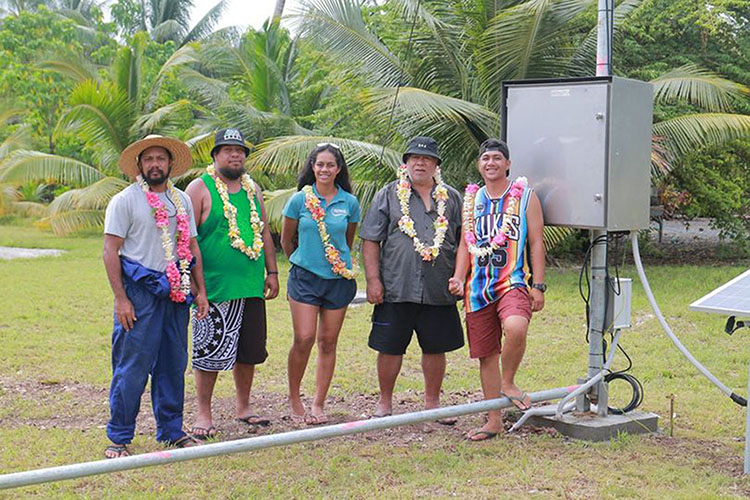 Ngari said the Day commemorates the existence of the World Meteorological Organisation (WMO) which was formed on March 23, 1950.

The country’s first meteorological weather observation centre was built in October 1899 on Rarotonga.

After changing locations seven times, the station finally settled on the north western part of the old airport – where it currently stands – in 1967.

The Cook Islands became a member of the international organisation on October 18, 1995.

Ngari said as an intergovernmental framework, and an international organisation, it collects data from all over the world to help them better understand the weather and its impacts on our lives.

The World Meteorological Day this year was devoted to the theme “the ocean, our climate and weather.”

“It celebrates WMO’s focus in connecting the ocean, climate and weather within the Earth System. Our changing climate is warming the ocean, having a profound effect on our weather,” Ngari said.

According to the Organisation’s website, the Day “showcases the essential contribution of National Meteorological and Hydrological Services to the safety and wellbeing of society”.

Ngari explained that of the many resolutions that the Organisation made, Resolution 40 underpins the importance of data sharing to allow members make “informed decisions”.

He said Cook Islands has been collecting meteorological data since 1899, including some from the Pa Enua which reported on the weather prior to World War 2.

“They sent their weather reports to Rarotonga using Morse Code. A few of our nationals were taught the skills of this task and some have excelled in them when carrying their duties in the Pa Enua.

“Reports has been made of radio operators that can receive two reports at the same time as well as receiving messages while having a chat with friends in the same room.”

Ngari said with a current staff of 13 – nine male and four females – an opportunity is extended to Cook Islands Meteorological Service to participate in gender equality training that could benefit all in achieving their goals.

The weather station’s future plans include installing specific automatic weather stations for the outer islands that have airports so they can provide meteorological information for safety purposes.