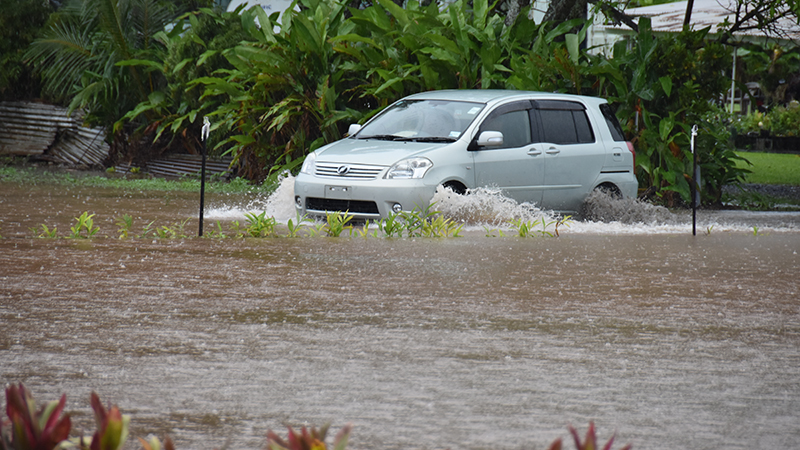 Attempting to drive through a flooded compound in Avatiu yesterday. Photo: LOSIRENE LACANIVALU / 21021917

Rainclouds are expected to move away from Rarotonga later today and there could be some sunshine, says the weather office.

As of 8am Thursday to 8am yesterday, rainfall recorded in Rarotonga amounted to 53.3 millimetres with a maximum hourly downpour of 11.5mm at 7pm on Thursday night.

Weather office director Arona Ngari says the trough that this rain came from is slowly moving towards the east of Rarotonga and the southern Cook Islands.

The rainy spell this week has brought in the much-needed rain for Rarotonga “as can be sighted from the few stream banks that has been broken in the last 12 to 24 hours”, Ngari said yesterday.

With a monthly average of 200mm, the rainfall collected in the last 24 hours (from 8am yesterday) was more than 25 per cent of this average, he said.

“This is certainly good news for Rarotonga but even the better news is that the rainclouds are moving away from us and as of late (this) morning, we should be able to see the sun again.”