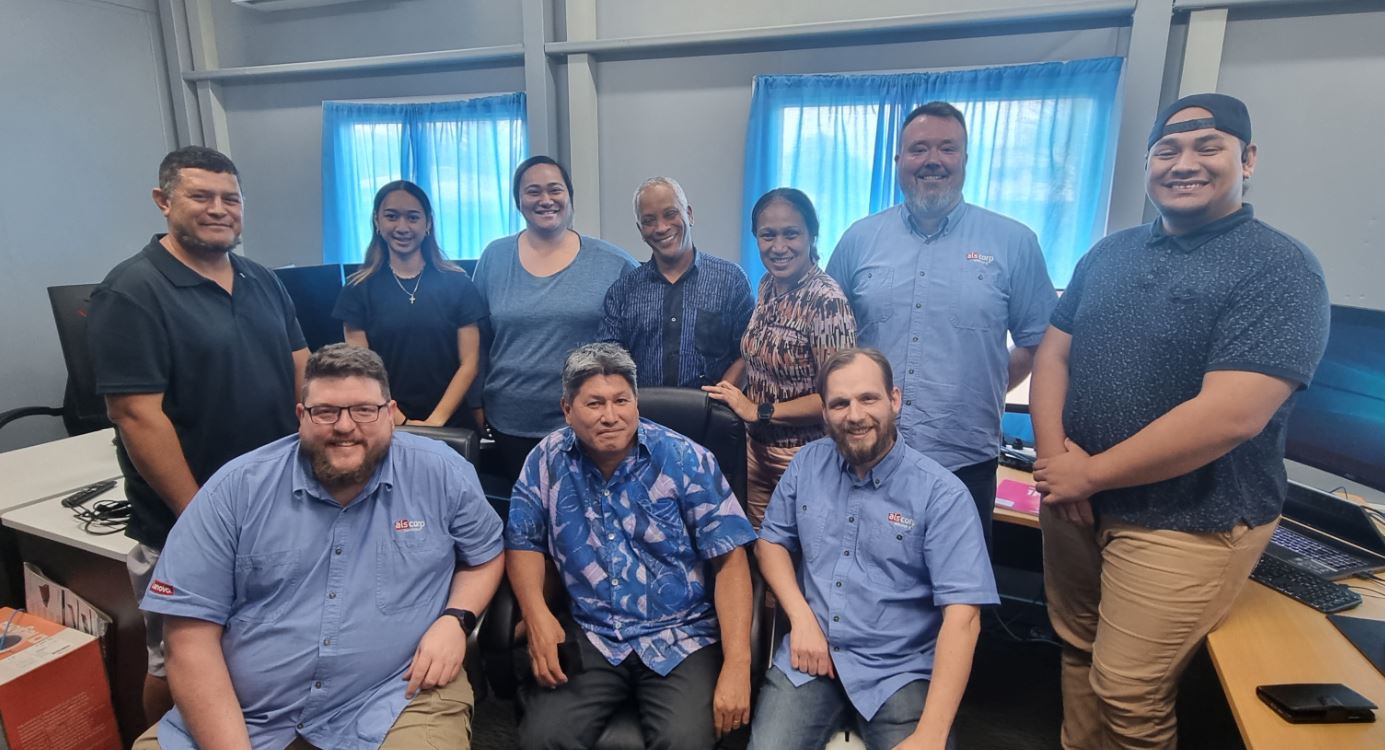 The staff of ITC Office at the Office of the Prime Minister (OPM) with contractors. OPM/ 22110701

A complete replacement of the Cook Islands Government’s email infrastructure and delivery system is being rolled out, from a 2012 version to the most modern and secure version of Microsoft 365.

The national ITC Office at the Office of the Prime Minister (OPM) is pleased to announce the upgrade which includes the participation and support of Vodafone Cook Islands, with the provision of uncapped internet access.

The previous government ITC environment was built in 2012 and the government centralised network and data centre colocation was upgraded in December 2021.

The tender was awarded to Aiscorp, a Wellington-based IT solutions specialist, which is now the ITC office’s technology partner for the upgrade of its network infrastructure.

Aiscorp was selected for a multitude of reasons including that the company had worked with the Government of Niue on a similar IT solutions rollout.

The upgraded and resilient network infrastructure allows for the planned seamless integration with Aitutaki and the rest of the Pa Enua.

“Our new ITC infrastructure has allowed us to replace our out-of-date equipment hosting our email system and ensure that we provide government with a secure, efficient, and modern system," Hunter says.

“As we pursued these improvements, we have also taken the opportunity to train up our staff to be able to implement and support products and services in an evolving environment.”