Tupapa netball dome to be completed in a fortnight 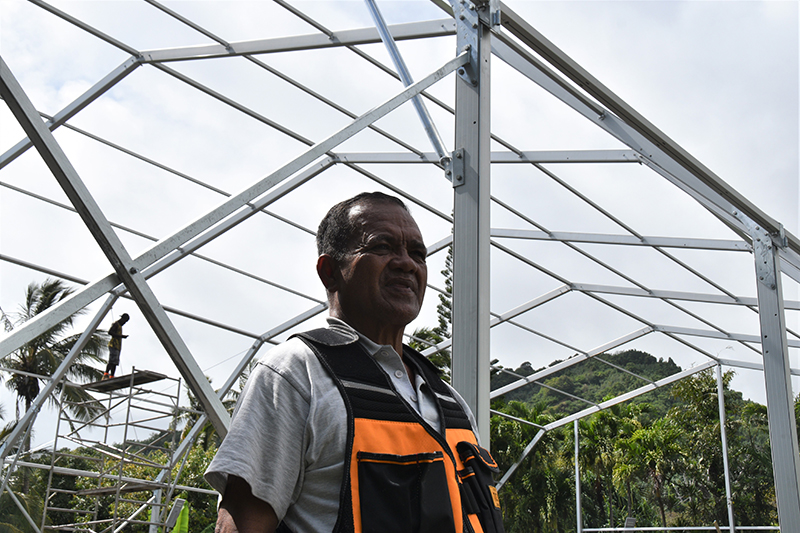 The dome structure and solar lights on the perimeter of the court have already been erected.

Angene who is leading the construction said the dome itself will be complete before the end of this month but a grandstand and extension to cover the seating will be finished in December.

“December will be the grand final for opening,” Angene said.

Angene, who is also a Cabinet Minister, said he had the option to put up the dome prior to the election but chose not to because he did not want it to look like he was campaigning.

“I already knew I was going to win easy, my people love me.”

Angene was re-elected into Parliament for Tupapa–Maraerenga in the August 1 general election.

He said the dome was a gift from China and previously told Cook Islands News the official opening would include a Chinese representative coming from New Zealand, landowners, the country’s netball president and the netball vice president.

Angene secured the dome after visiting Zhuhai – “a sister city to Rarotonga” – in 2018 with then deputy prime minister Mark Brown, who is now the Prime Minister.

Angene said the mayor of the city asked what they could do for the village and he asked for the dome. The dome was meant to be built in 2019 but was put on hold because of Covid-19.

The “Action Man” said the idea for the dome dated back to 2010 after he put huts around the side of the Tupapa Rugby Field.

The name of the dome is “Sky” based on Genesis 1:8, “where God names the dome above the earth Sky”. Angene thanked the landowners and the people involved in the project.