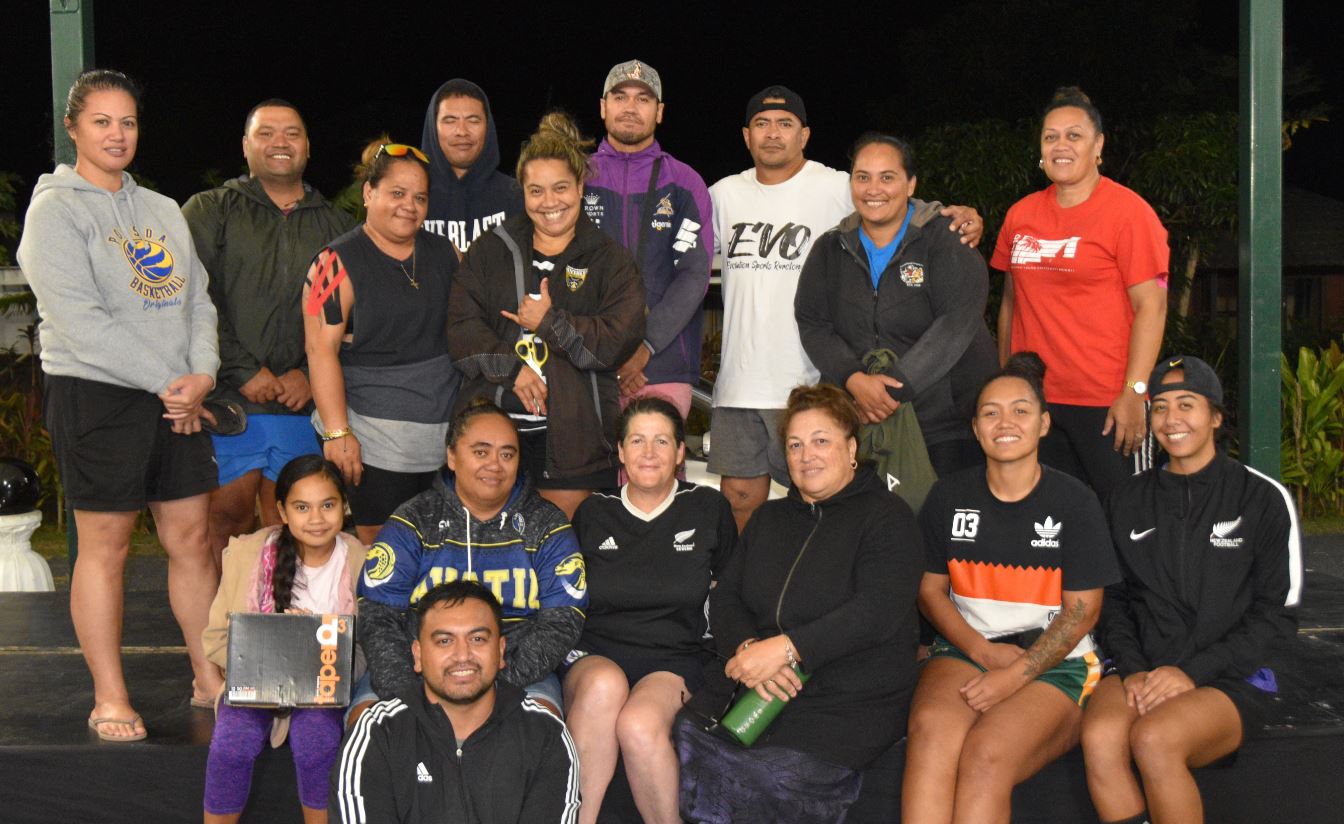 The Cook Islands Games may be over, however, several sports codes on the island including cricket, rugby 7s, football and several gym exercise programmes are still active leading up to Christmas. And with sport comes injuries. Visiting sports physiotherapist Tanya Browne shares some tips on caring for sports injuries.

Sporting bodies on the island are benefitting from practical and simple advice on strapping or taping up short term injuries.

“The trick to strapping is knowing what you are strapping for,” says New Zealand sports physiotherapist Tanya Browne.

Browne flew in for the Raro Rugby 7s, which was held last weekend.

Browne has also been “paying it forward”, giving back to the sporting community by running free workshops this week in collaboration with Sports Physio NZ and Evolutions Sports Rarotonga, to teach good strapping tricks that will be useful for athletes.

“I recognise here that everyone is sporty and some play too many sports.

“I want to teach people as much as I can on how to take care of themselves,” Browne says.

The first thing physiotherapists do when a person is injured or hurting is to find out its cause and what they need to do about it, she says.

“Because strapping is kinda holding it together for a purpose, for a short term … so more important to me is if I identify there’s actually something going on, so I test.”

There are strapping techniques for particular injuries – “like when your ankle rolls the other way, you have to strap it, the tape helps it go the other way and still allows you to move freely”, she explains.

“And sometimes a knee is wrapped so tight you can’t run, and people just take it off.”

During the Raro Rugby 7s she was pleased to see there wasn’t too many injuries, noting that the strapping required for rugby games is usually the shoulders, thumbs and wrists, knees, and ankles which are really typical.

For those who play contact sport and get bruised and sprained, these injuries usually resolve within 10 to 14 days, Browne says.

However, if the pain sticks around for longer than a week or 10 days, she encourages people to get it checked out.

“Often it’s something really simple most of the time.

They include those who are at work all day, and then go out and play sports straight after “with some overdoing it”.

“Some people do too much and they don’t have enough time to recover, they need to think about resting,” she says.

“Also people need to not put pressure on people to keep playing when they are trying to rest an injury.

“You need to think about what your priorities are.”

The human body is pretty simple, says Browne, if you have a workout, your body needs time to respond to the workout and build all the muscle that you’ve asked it to do.

Browne has also noted the knee problems that many people are suffering from differ with the sports they play.

“If I was going to give anyone a tip about knees, it’s body weight,” she says.

“If you’re heavy, your knees will load … most times the knees are overloaded from weight.”

Browne’s advice to overcome knee problems is “to start exercising, to get in the lagoon and walk with the buoyancy in the water”.

“If you are really heavy, get in the water and float, and do some kicking around.”

Bicycles too are the “very best things” for knees, she says.

“Get on a bicycle as it strengthens the muscles and puts pressure through the joint that makes the cartilage in there very healthy.

“Rowing machines are good too, but cycling is even better.”

Browne has also noted some people have “flat feet” which is a common condition, also known as flatfoot, in which the arches on the inside of the feet flatten when pressure is put on them.

“There is a strapping technique for flat feet which lifts the arch up and it stops you from getting the achilles problem and the shin splint and it’s really easy to learn. It’s really practical to prevent injury.”

Browne has demonstrated some of the evidence-based exercise rehabilitation tricks she uses at the workshops.

Having met Evolution Sports Rarotonga founder and manager Andrew Iroa many years ago through sport, she says both Iroa and Wallace Aroita have a strong community spirit and want to help people, hence organising the workshops.

Iroa says: “There has been a good response from the various clubs on the island in attending the sessions – to learn how you can manage, minimise or prevent injuries.”

“The welfare of any player should be top priority in any sporting code, and having trained personnel to assist with our athletes in strapping and rehabilitation is a must.”

Browne has been involved in rugby work for some time and first provided her services on Rarotonga in 2016 when she was called in to do some work for the ladies U18 7s team travelling to Samoa.

Brought up in a “really little town” called Wairoa in New Zealand, Browne is enjoying the rest of her holiday on the island with her family. They depart Rarotonga today.

She hopes to return soon to conduct more workshops and “to get to Aitutaki at some stage, to help out there as well”.