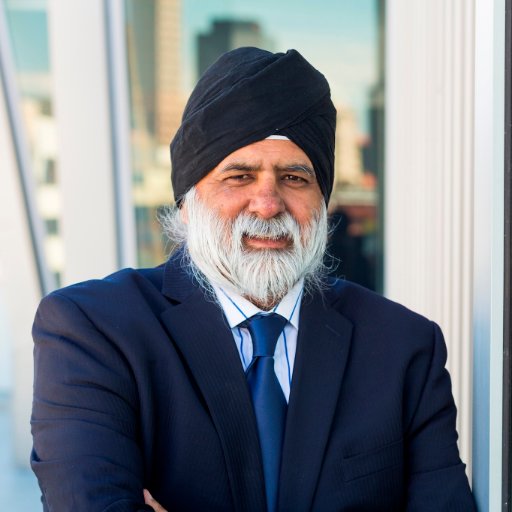 University of the South Pacific’s vice chancellor Professor Pal Ahluwalia and his wife were deported from Fiji to Australia yesterday morning. 21020315

The University of the South Pacific’s Cook Islands campus director hopes member countries will come together and put extreme pressure on the Fijian Government after shock deportation of their vice chancellor.

The deportation of University of the South Pacific vice chancellor Professor Pal Ahluwalia and his wife from Fiji yesterday has not affected the operation of its Cook Islands campus.

But campus director Dr Debi Futter-Puati wants the regional university’s member countries, including Cook Islands, to come together and put extreme pressure on the Fijian government for “for this preposterous action”.

Professor Pal Ahluwalia and his wife were deported from Fiji to Australia yesterday morning.

Dr Futter-Puati, who has been following the developments at the university’s main campus in Suva, Fiji closely, said: “I am very sad to hear that this has happened to Professor Pal. I sincerely hope the other member countries put extreme pressure on the Fiji Government for this preposterous action.”

“Other than that, it is business as usual for us.”

RNZ Pacific reported that Ahluwalia and his wife were awoken and taken from their home late at night by plain clothed Fiji Immigration officers “who broke into the residence”.

They were transported to Nadi International Airport to be deported to Brisbane at around midday yesterday.

When Ahluwalia asked for the grounds of his deportation, he was told he posed a “public risk”.

A letter was signed by Fiji’s acting director for immigration Amelia Komaisavai that said the Fijian government deemed the professor to be “a person who is or has been conducting himself in a manner prejudicial to the peace, defence, public safety, public order, public morality, public health, security or good government of the Fiji Islands”.

Ahluwalia has been driving efforts to clean up the governance of the Fiji-based university, since he took on the role two years ago.

Last year, he was suspended by the university’s executive committee led by Winston Thompson over alleged malpractice.

After protests by students and staff, and regional concern, Ahluwalia was reinstated when the university Council, made up of member countries including Cook Islands, ruled that due process had not been followed in the suspension.

The Council also subsequently cleared Ahluwalia of all the allegations.

The Fiji Government later announced it was suspending its grants of more than $US10 million to the university.

Yesterday, the USP Staff Union and Association of USP Staff issued a statement saying they were alarmed at the way the Fijian government entered the Vice Chancellor’s residence and orchestrated their removal - the manner being a violation of human rights.

Islands Business reported that Nauru’s President and the acting Chair of the USP Council Lionel Aingimea yesterday called for an emergency Council meeting in light of the professor’s arrest and deportation.

The international multimedia publishing company based in Suva, further stated that the Council was expected to meet today to decide on the future of Fiji government representatives, namely Winston Thompson and Mahmood Khan.

Education Minister Vaine (Mac) Mokoroa, who represents Cook Islands in the Council, confirmed today’s meeting, adding “perhaps we will be updated on this matter”.