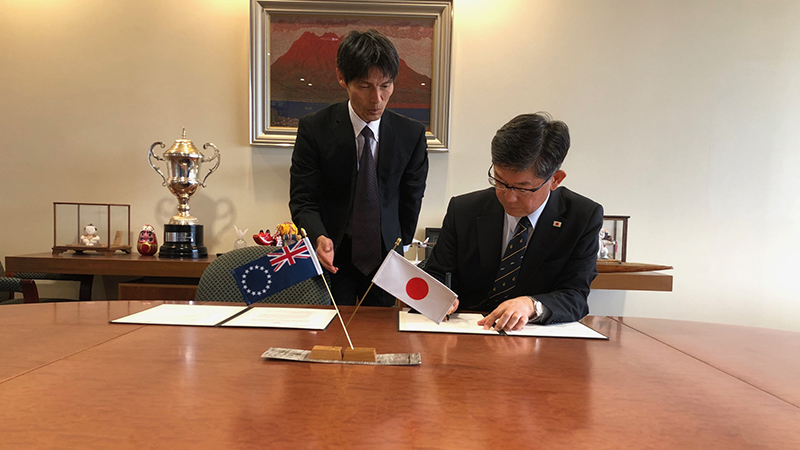 Eight concrete tanks will be constructed on Mauke to improve the island’s water storage capacity.

The grant contract for the establishment of the water tanks was signed by Japan’s Ambassador designate to the Cook Islands Hiroyasu Kobayashi last week. Mauke mayor Vaine Aberahama had signed the agreement on October 30.

This will mark Japan’s 28th project assistance to the Cook Islands.

Japan Embassy’s Ryu Austin said the Government of Japan would provide grant assistance of up to $131,700 to construct eight concrete water tanks.

The grant will also include purchase of a mobile water tank for the transfer of water to remote areas as well as for fire emergencies on the island.

The Embassy hopes the project will create additional symbols of friendship and cooperation between Japan and the Cook Islands.