Trip of a lifetime to outer islands 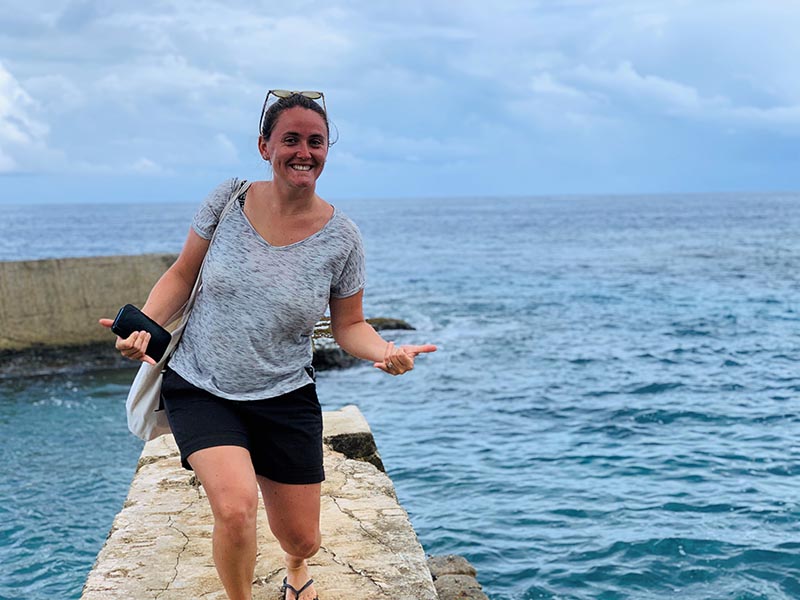 Nine months ago, French national Pauline Belliard moved to Rarotonga to live and work. Today she returns to New Zealand, but before saying goodbye to the Cook Islands, Belliard was one of the first group of passengers who got to travel to and discover more about four of the Southern Pa Enua.

After coming to the Cook Islands for a holiday with her partner, Pauline Belliard fell in love with the places and the people.

So much so that early this year, she decided to pack up and move to Rarotonga from New Zealand to live and work.

An avid traveller, who once spent three months in the Australian outback with her sister, Belliard revels in the opportunity to experience new places, sights and sounds.

When she left her home in the French countryside a few years ago after completing a social worker qualification, Belliard knew it would be a while before she would be back.

“I don’t like to be stuck in one place for too long and I love to travel, it opens your eyes to so many things,” she said.

But with a partner who she is in constant contact with in New Zealand, Belliard made the decision to resign from her job, sell her scooter and other belongings and head back.

Wanting to jam pack as much as she could before she leaves, Belliard spent a week in Aitutaki before jumping on a plane with a group of complete strangers as part of the first group to travel to Atiu, Mitiaro, Mauke and Mangaia.

Being the happy and easy going person she is, Belliard was welcomed with open arms not only by the other travellers but the people on each of the four islands.

In Atiu, being welcomed by Taoro Brown and the local people to a Tumunu session, a century old tradition where guests are invited to drink delicious home brewed fruit beer, was a highlight for Belliard.

“I could’ve stayed there all night,” she laughed.

Taking the plunge off the cliff in one of the fresh water underground caves of Mitiaro – Vai Nauri, Belliard felt the fear and did it anyway and the experience was exhilarating.

She was moved to tears by the generosity shown by the people of Mauke/Akatokamanava, where the host at Rii’s Place served a feast of pork, taro and fresh fish and gave guests eis made with artificial flowers so they could be taken into Mangaia as well as a bottle of “miracle oil”.

The history of Mangaia and the stories shared of a proud people by tour guide Taoi Nooroa and bus driver, the hilarious Pa Nooroa, rounded off a perfect trip, Belliard said.

On the last night of the trip, tour guide Taoi Nooroa asked everyone to sing a song and share a few words.

“I have very mixed emotions, I feel happy that I’m going to see my partner in New Zealand again, but I feel sad that I’m leaving this beautiful place,” she said.

“There are many things I will miss, the people, the food and the way of life.”