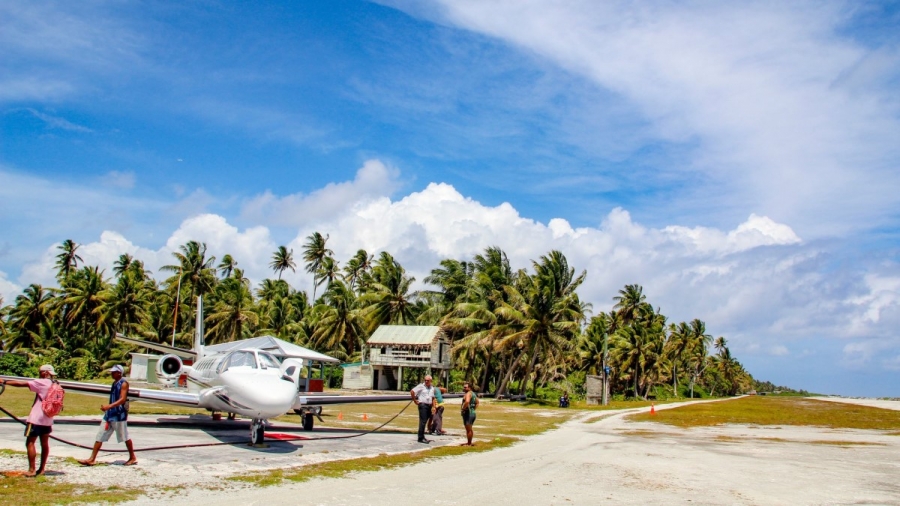 The Independent candidate in tomorrow’s by-election in Manihiki believes the sealing of the Northern Group island’s airport is foremost in the minds of voters, and not policies or manifestos.

First-time candidate Tamaroatemu (Temu) Okotai says it’s been an interesting experience for him going from house to house to talk to voters.

In a phone interview with Cook Islands News from Manihiki yesterday, the Rarotonga-based businessman said: “I really haven’t done this before, I’m usually behind the scenes.”

“Here it’s unusual – there is no talk of policies or manifestos, here there’s no worries about proposals … people don’t have much appreciation of trends in the national government.”

Okotai is one of the three candidates vying for the vacant Manihiki seat in tomorrow’s by-election. The other two candidates are Akaiti Puna, wife of former Manihiki MP and prime minister Henry Puna, standing for the governing Cook Islands Party, and Munokoa Maraeara for the Opposition Democratic Party.

Okotai said people on the island are more concerned if the airport will be tar sealed and completed, “and generally that is why they will support the Cook Islands Party”.

He understands talk of the airport sealing was raised by Deputy Prime Minister and Infrastructure Cook Islands minister Robert Tapaitau in early March, during the Prime Minister’s Northern Group visit to Manihiki and Rakahanga.

Okotai said he entered the political scene as a candidate “with an optimistic view”. He said they had “done their figures” regarding potential votes, but for now will keep that to themselves.

“I’m a distraction, I have to break through; I call myself the Manihiki Party,” he added.

For the next general elections he is of the view that there will be more successful independent candidates and small parties.

There are 130 voters listed on the electoral roll for the Manihiki by-election. The Manihiki seat was vacated after Henry Puna resigned to take up the role of the Secretary General of the Fiji-based Pacific Islands Forum.