Timely support for Down Syndrome Association 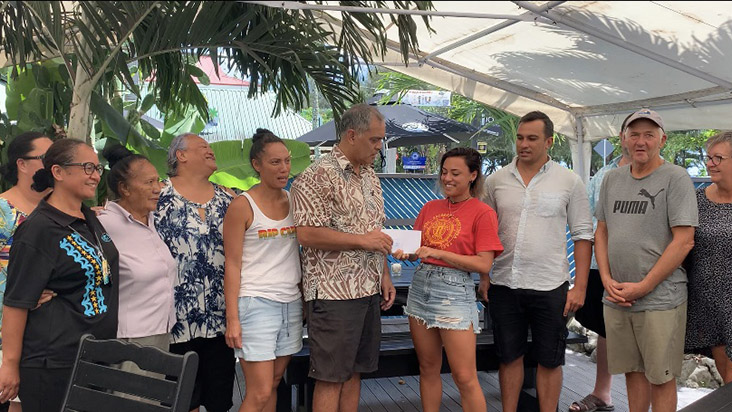 Team Rotaract met with the Cook Islands Down Syndrome Association yesterday to make a generous donation of $500.

Rotaract raised these funds during last year’s Christmas in the Park. It will go towards projects such as funding for footwear designed especially for children with Down Syndrome.

“We are happy to support the cause,” said Byron Brown, the president of Rotaract.

The Cook Islands Down Syndrome Association which was formed in December last year thanked Team Rotaract.

Association president Tai Nicholas thanked Team Rotaract not only for their donation but for being with them and supporting them every step of the way with many of their other events and projects.

“We hope that we can partner more with Rotaract throughout the year and to also support them in the good work they are doing for the community,” Nicholas said.

He said Rotaract’s generosity will go a long way for them in their efforts to fund and support their kids who live with this condition.