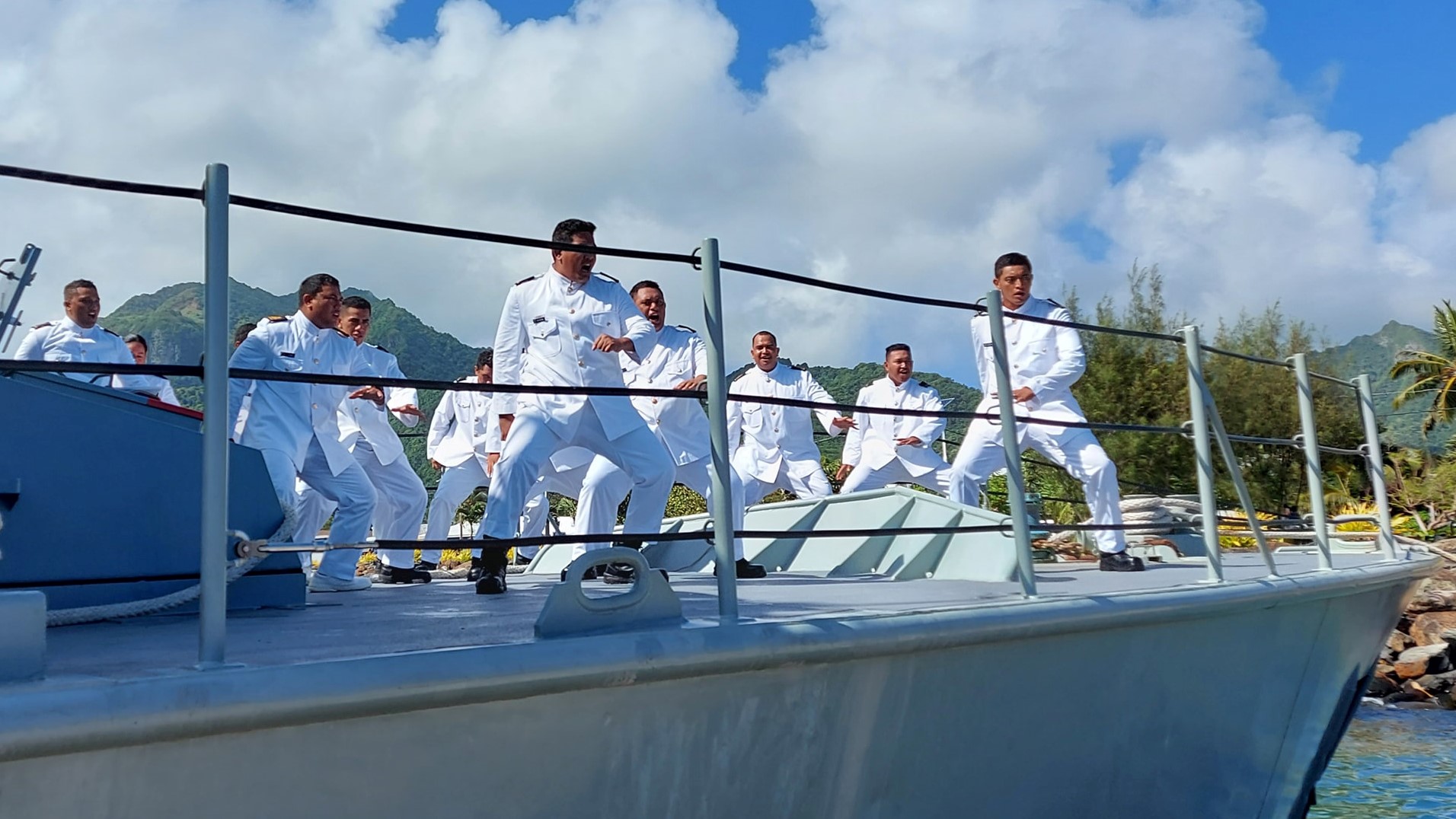 Te Kukupa crew members bid farewell at Avatiu Harbour on Wednesday. They are headed to Australia for a handover mission and will then prepare to receive Te Kukupa II. PHOTO: POLICE MEDIA/22030209

Rapid antigen tests, a Bible reading from Exodus, and a brief promotion ceremony were the order of the day as police patrol boat, Te Kukupa pushed out from its Avatiu mooring for the last time.

A sizeable crowd was at the marina on Wednesday morning, joining the families of the departing crew for a final farewell.

The event marked the final farewell to a patrol boat which has given 33 years of service to the Cook Islands.

On the handover mission, the first port of call on the way to Australia will be a contact-less fuel stop at Marsden Point in New Zealand.

Her crew of 20 will then sail on to Australia where she will be disposed of.

The crew will then spend at least three months training in Perth after taking possession of her replacement, Te Kukupa II in April.

In January, Police Commissioner James Keenan welcomed the launch of Te Kukupa II in Australia, expressing gratitude to Australia for the significant work and assistance with completing the new Guardian Patrol Boat.

Since the announcement by Australia of the replacement programme for the patrol boats around the region, there’s been a steady increase of excitement, particularly over the past couple of years as the Cook Islands’ vessel took shape in Perth.

It is designed to berth a complement of 23 crew members and features a stern launching ramp for a pursuit boat. The vessel’s twin diesel engines can provide 4000 kilowatts (5,400 shp).

Te Kukupa II is estimated to be welcomed to Rarotonga, around 21 June, 2022.