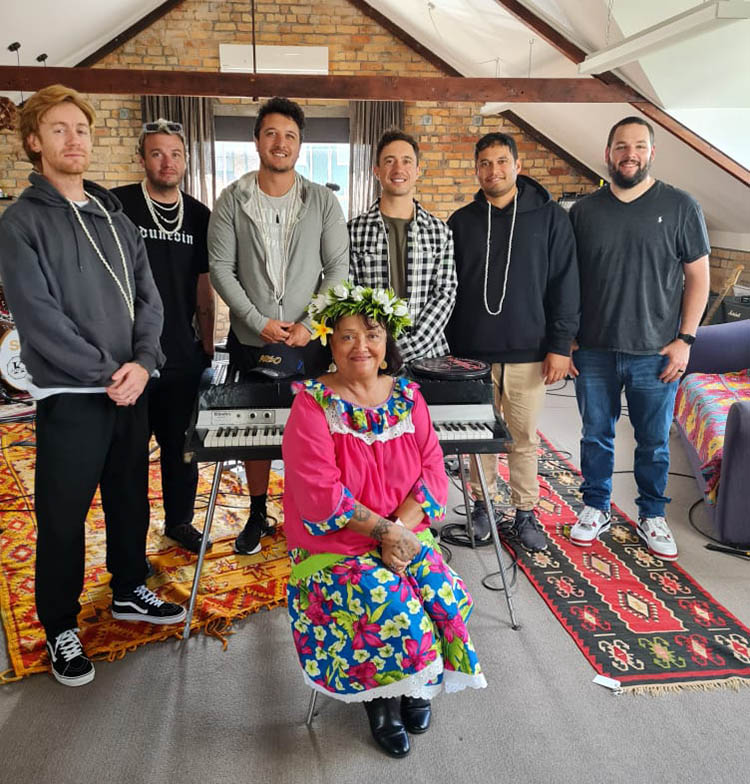 New Zealand band SIX60 will play a ‘history-making’ concert at Eden Park tonight that will be streamed live to the Cook Islands on Pasifika TV.

The show is being streamed to 11 Pacific nations to allow people who could not attend the event live in Aotearoa to be part of it, says Pasifika TV.

The concert will be the first time SIX60 have played at Eden Park.

The show is being played in New Zealand on Saturday, April 24, which is tonight, 10:30pm (Cook Islands time), on TV1.

“Their hit single 'Don't forget your roots' epitomises who they are as a group, and when they re-released that hit in Te Reo, it further demonstrated a deep-rooted connection to their cultural identity.”

Jeane Matenga of Cook Islands TV is excited to broadcast the show. “We are really grateful to be given the concert for free by Pacifika and SIX60.”

“SIX60 have been kind to give the Pacific a free show,” she said.

Matenga said it’s expensive for fans to fly over to New Zealand for the show so she’s pleased fans can watch it for free.

Inano McMurchy, a SIX60 fan, said she has always wanted to see the band in concert but is happy to see them on TV.

“There’s a lot of (SIX60) fans,” said McMurchy, “you would be hard-pressed to find someone that doesn’t know who they are here.”

She wants them to come over to Rarotonga for a live show and is scheming to get them here.

A New Zealand friend of hers knows one of the band members, who is going to put a word in.

McMurchy thought it would be a good idea to put the show on a public outdoor screen.

On Monday she put the call out to the Facebook page Rarotonga Community and Beyond: “Just putting this out into the Universe, it would be so cool if this was sponsored on a big screen in a park here on Friday night at 10.30pm,” she said

McMurchy said other films have been played on an outdoor screen about climate change and deep-sea mining. She thinks a lot of people would be keen for the concert as well.

She and the team at Tav Pacific presented gifts for the band, prior to her departure for Rarotonga on Tuesday.

The show will be broadcast live from Eden Park and will be screened in the Cook Islands, Fiji, Kiribati, Niue, Palau, Papua New Guinea, Samoa, Solomon Islands, Federated States of Micronesia, Tonga and Vanuatu.

SIX60's kind gesture to share their concert with more than 10.5 million people across 11 Pacific islands - makes them natural ambassadors of music for Aotearoa."