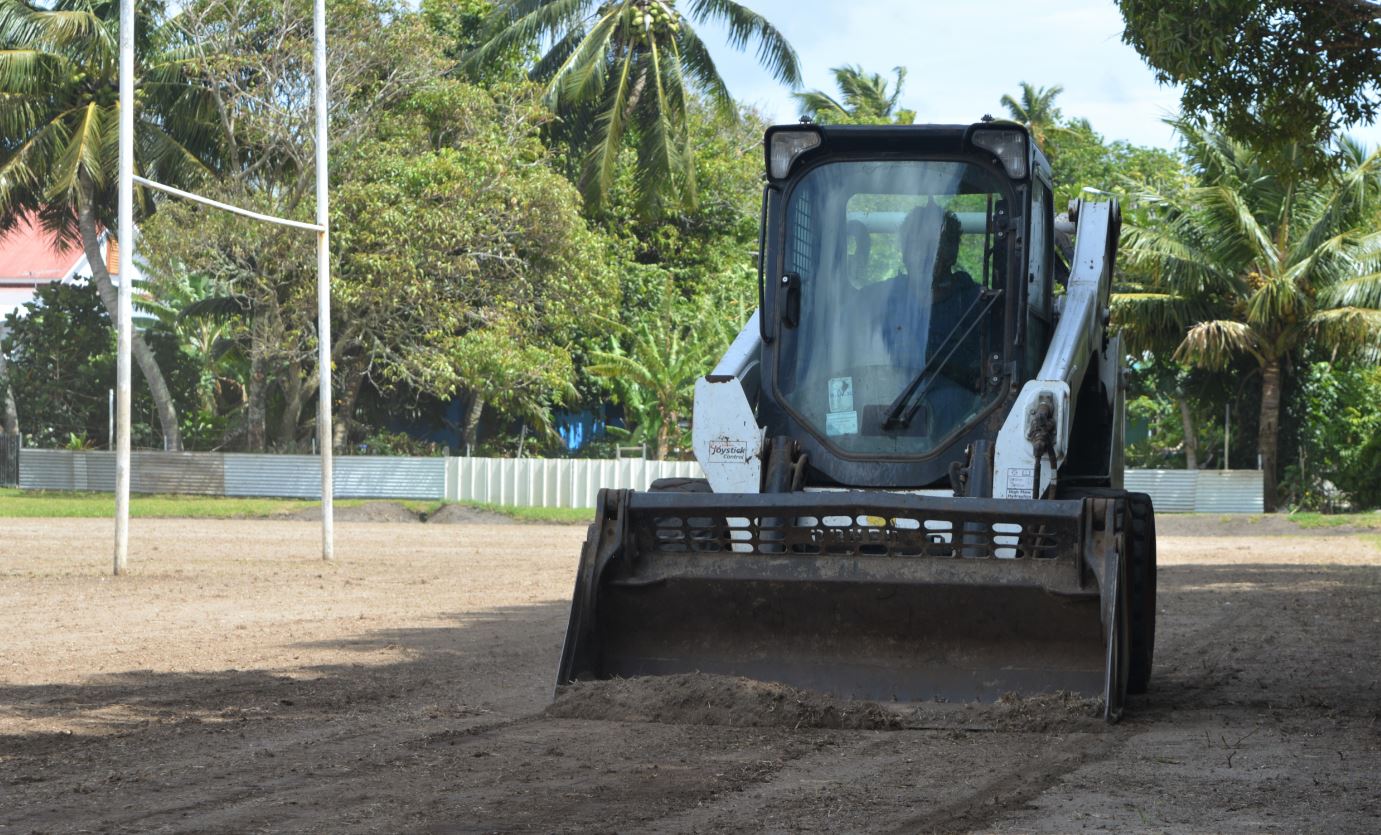 Victoria Park is getting reseeded in an attempt to fill dangerous holes. 22111507

Tupapa’s Victoria Park is getting reseeded in an attempt to fill holes that are causing knee and ankle injuries.

President of Tupapa rugby league and rugby union, Maru Willie, said the field could not be played on in its current state.

“Players are getting injured, we thought we would do something cheap just to straighten our field.

“I think it’s been 20 years since we last did the upgrade on our rugby field and we’ve been thinking about doing it for the last couple of years, we just thought we would do it now.”

Willie said the machinery being used for the seeding was from Infrastructure Cook Islands. He did not know how much it was costing overall.

Willie said rugby league 9s tournament will be held in January and hoped the field would be ready by then.

He estimated it would be finished in two months and hoped the field would come back better than it was.

In the meantime, Willie said Tupapa players would train at other fields.