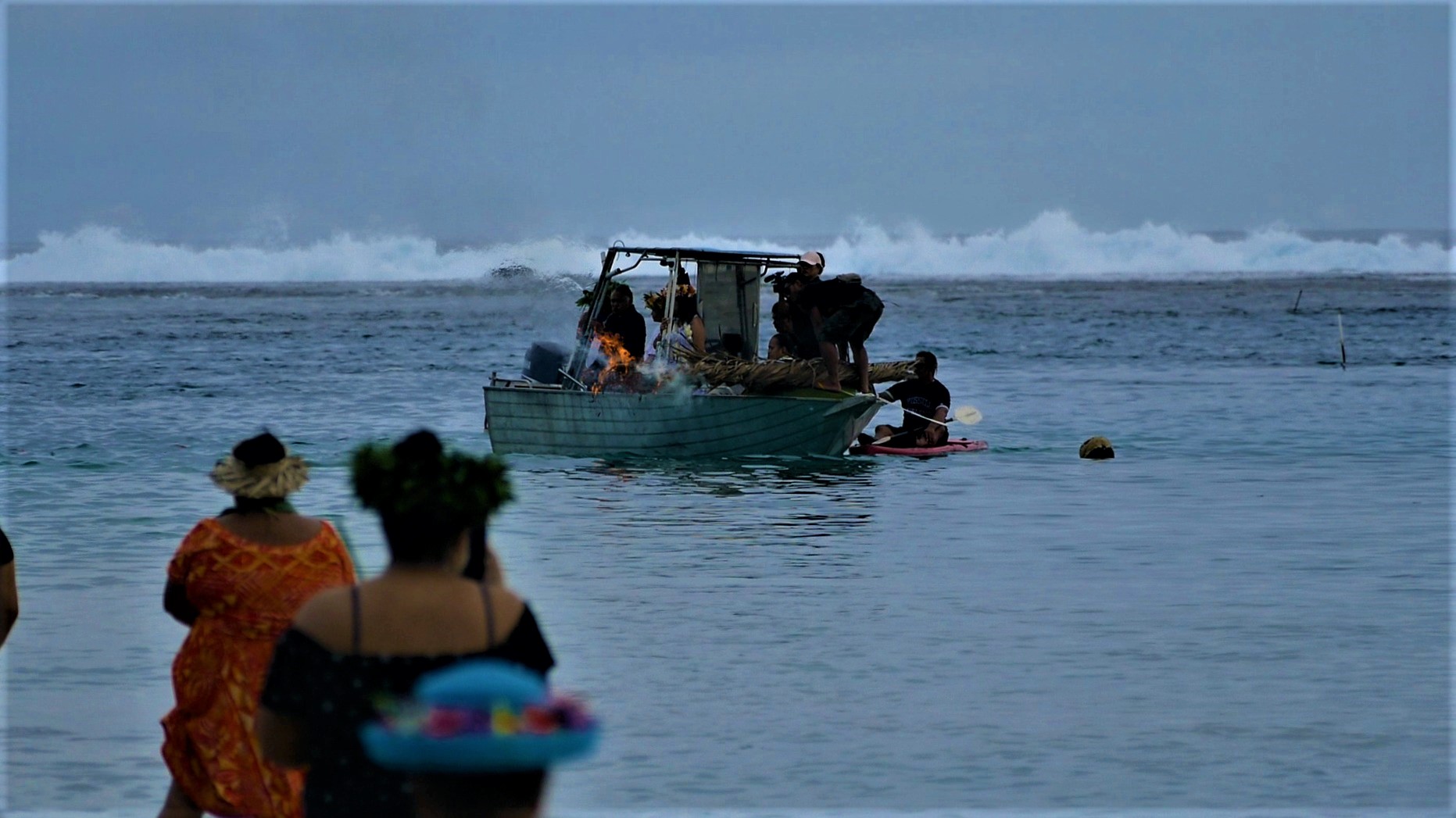 A farewell service was held at Rutaki Beach for Toru Miri and Tekou Tipene, the two fishermen who are believed to have lost their lives in the Rutaki Passage. Picture courtesy of Peramedia Peramedia/ 22032001

The family of the two missing fishermen, Toru Ariki Miri and Tekou Enua Tipene, held a special farewell service at Rutaki Beach over the weekend.

The memorial service held on Saturday was attended mainly by friends and families of the two believed to have lost their lives in the dangerous Rutaki Passage. The Passage is classed a dangerous area, with a history of people being swept away or drowned.

The missing two fishermen who was joined by a third person went out fishing from the abandoned Sheraton Hotel by the Papua passage about 8pm on Saturday, March 5.

They split up with the missing two heading towards Rutaki. The third man returned to shore at about 11pm and went home.

Police have said the third man thought the other two would return later.

The third man, and a partner of one of the missing men, did their own search before reporting the matter to police on Wednesday morning, March 9.

On Monday, March 14, police stood down the official search for two men and referred the matter to the Coroner.