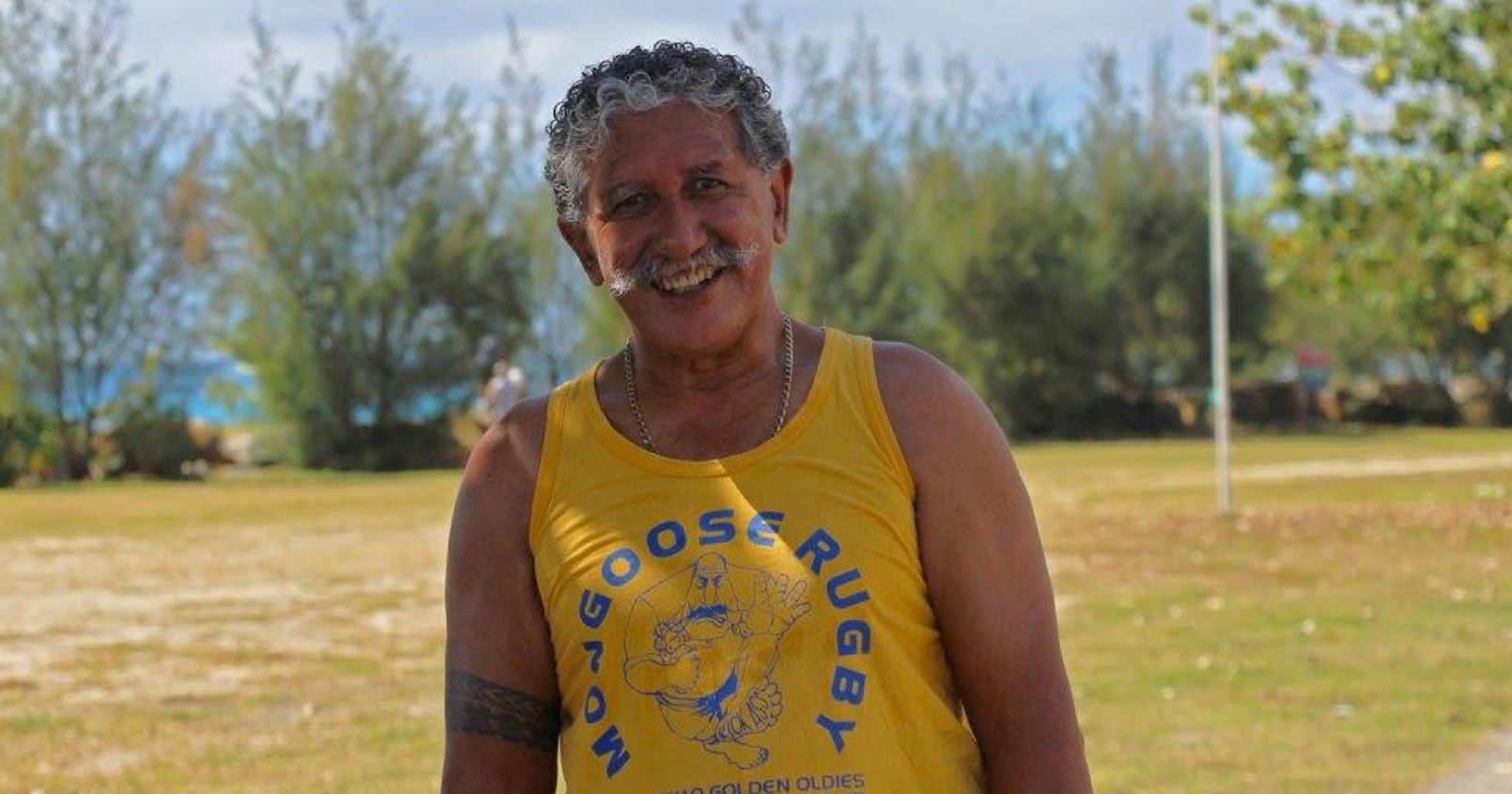 Local Personality Ronnie Si'ulepa and his trusty camera will be missed at local events. PC: SUPPLIED. 22110812

Tributes continue to flow on social media for Si'ulepa who was a well-known character on the island usually seen carrying his trusty camera - a welcoming fixture at any of the island’s sporting events, cultural events, community events, charitable and social events, the market and wherever else something was going on.

Si'ulepa, was many things, and cheerfully got involved in many of the islands sporting, charitable events and activities.

He was a businessman - owner of the popular watering hole Ronnie’s Bar in town in the 90s, a league player who was one of the founding members of the re-known sporting Golden Oldies rugby team the Avatiu/Nikao Mongoose, and a former president of Rarotonga Rotary.

Si'ulepa first arrived in Rarotonga in the 80s, living on the island for some odd 40 years, he built long lasting friendships and relationships throughout his lifetime.

His close friend and sporting pal George Williamson was shocked and saddened to hear of the sudden passing of his dear friend.

“If Ronnie was still young like he was when he arrived on the island, he would have been in the Samoan team playing at the World cup right now,” said Williamson.

“He turned up on our shores in the 80s, a pro league player, he was playing in England and was travelling the world.”

“Ronnie was a serious sports guy when he first joined us playing for Avatiu side, and one of the originals when we started the Mongoose in 1996 and was our secretary at some stage.

“And in terms of modern gadgets and things like that, he was better at it than any of us, and would always wish us a ‘Happy Birthday’ on our birthdays,” said Williamson.

“He was also pretty good behind the bar,” he added.

Si'ulepa started working for the Hibiscus Restaurant, owned by Arthur and Tina Hosking, which he later bought and named Ronnie’s Bar.

Helping charitable organisations and events was a passion of his.

A Rotarian, he was a great supporter of the establishment of Rarotonga Rotaract (the younger version of Rotary) in the early 90s, hosting the meetings at his restaurant with trays of sandwiches.

In 2014, in support of Men’s Health awareness month Movember campaign, he shaved off his popular and iconic moustache for the first time, and was certainly the talk of the island, becoming almost unrecognisable after his shave.

His courage to shave off his lifelong moustache spoke volumes about his passion and willingness to advocate for men’s health issues.

Si'ulepa also cared for his beloved wife, the late Loretta Si'ulepa throughout her terminal illness.

Everyone is invited to attend a special service for Si'ulepa, tomorrow Thursday, at the Avatiu Clubhouse - his old stomping ground, from 6pm.