Lawyer following in her mother’s footsteps 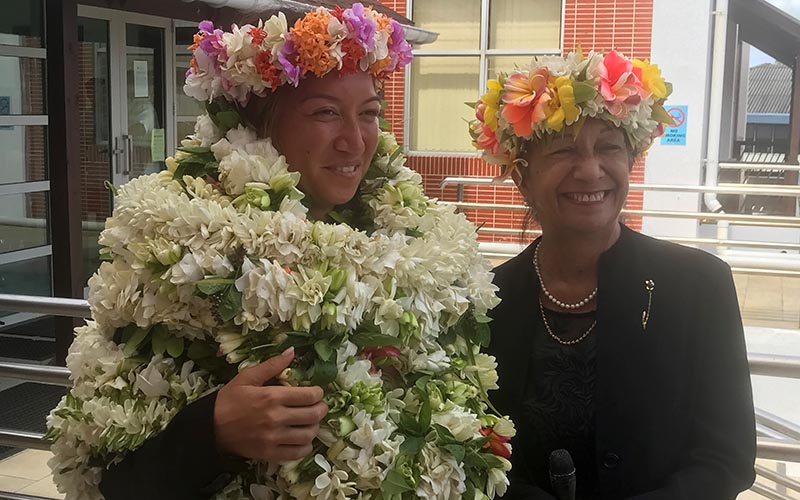 The call to law was inevitable for Norah Browne, watching her highly driven mother become one of the most successful female lawyers in the country.

In a packed courtroom, filled with the fragrance of flowers it took just half an hour to formally end five years of “solid studying” and admit 26-year-old Norah Teparekura Kurai Browne as the country’s newest barrister and solicitor.

It was her own mum, senior lawyer and political leader Tina Pupuke Browne who moved before Chief Justice Sir Hugh Williams that her only daughter and youngest child be admitted to the Cook Islands High Court.

Sir Hugh noted that Norah was to have been admitted to the bar in New Zealand earlier this year, but those plans were foiled by the pandemic.

The young woman accepted missing out on that important milestone saying in spite of that, she felt fortunate to be admitted to the Cook Islands High Court.

The Chief Justice said Norah Browne’s admission would be an important life-changing event she would remember for the rest of her days.

The latter three are all qualified pilots. Derek and Pupuke fly for Air Dubai and Air Rarotonga, respectively.

Aunties, uncles, cousins and a group of university friends who have remained close since graduating themselves several years ago were all there with ei’s especially made for the young woman. The young lawyer had so many laden over her that her head and face were completely covered.

But of all the family and friends at this special occasion, it was the proudest moment for the parents.

Dad Richard Browne remaining in the background of the admission ceremony but equally moved to see his daughter follow in her mother’s footsteps.

The call to law was inevitable for Rarotonga-born Norah, watching her highly driven mother become the most successful female lawyer in the country, owning her own practice and a leading authority on Cook Islands land law.

With dauntingly big shoes to fill, Norah has been working as a junior in her mother’s Avarua practice since February this year.

And one piece of advice her mother Tina gives her? “Admission is only the start of years of hard work. This is when the real hard work starts, be a good and hardworking lawyer.”

Tina Browne says she has tried to instil in all her children the importance of education.

“Education is so extremely important and will look after you for the future.”