‘Heaven has gained an amazing angel’ 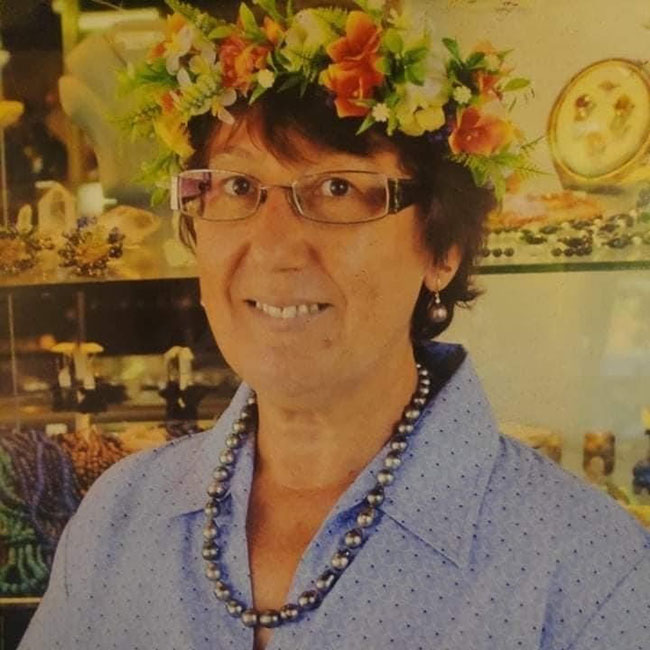 Former Manager for Health Promotion Karen Tairea passed away on January 7, 2021 after a brave battle with cancer. 21011103.

Former Manager for Health Promotion Karen Tairea, who passed away earlier this month, has been described as the type of woman who people were proud to have in their lives.

She has been described as a “one in a million person” who always accomplished all the things she put her mind to.

Born on March 28 1964, she is the youngest daughter to the late Jim and Ramona (nee Helg), a loving wife to Brian Tairea, cherished mother to Selane and Akeina and beloved sister to Gale Sorensen and sister in law to Chris.

Karen passed away peacefully on January 7 after a brave battle with cancer.

Growing up on Rarotonga, she attended Nikao Side School, Tereora College and later Otago University.

Karen was a vibrant, colourful, warm and loud soul who loved her community just as much as her family with a passion.

She never hesitated to reach out to people in need and welcomed them,  she always did her best to help people and her presence would light up a room.

All those who knew and loved Karen agree that Heaven has gained an amazing angel and she will be greatly missed.

She was an admired and a respected member of the Cook Islands Ministry of Health - Te Marae Ora team during her more than 30 years of service.

During this period, she completed a Bachelor of Science (Nutrition) and post-graduate qualifications from the University of Otago.

A staunch advocate for public health, Karen joined the Ministry in 1983 and worked as a dietician up until 1987 when she turned her focus to nutrition.

Karen took early retirement in March 2019 – at the time she was the Manager for Health Promotion.

“Karen made it her mission to impress upon people the importance of healthy eating and healthy lifestyles. Karen was also an integral part of the small Te Marae Ora team who worked with the Rotary Club of Rarotonga on several projects benefitting the community,” Te Marae Ora said in a statement.

The last project she assisted with was the Rotary funded mobile health clinic, that has proved invaluable this last year and in many respects serves as a legacy of Karen’s final service to Te Marae Ora.

“Karen’s unwavering support to projects in the wider community where volunteering her services to help others was second nature to her.

“She was passionate about improving the lives of people living in the Cook Islands, and contributed to the development of national, regional, and international policies, plans, guidelines, including research to combat NCDs and promote healthy living.”

Her family on Rarotonga will celebrate her life with a service to be held on Wednesday January 13, 7pm at the Avana Sunday School Hall. Everyone is welcome to attend.

Karen will be cremated on Friday January 15 in New Zealand, she will return home at a later date.