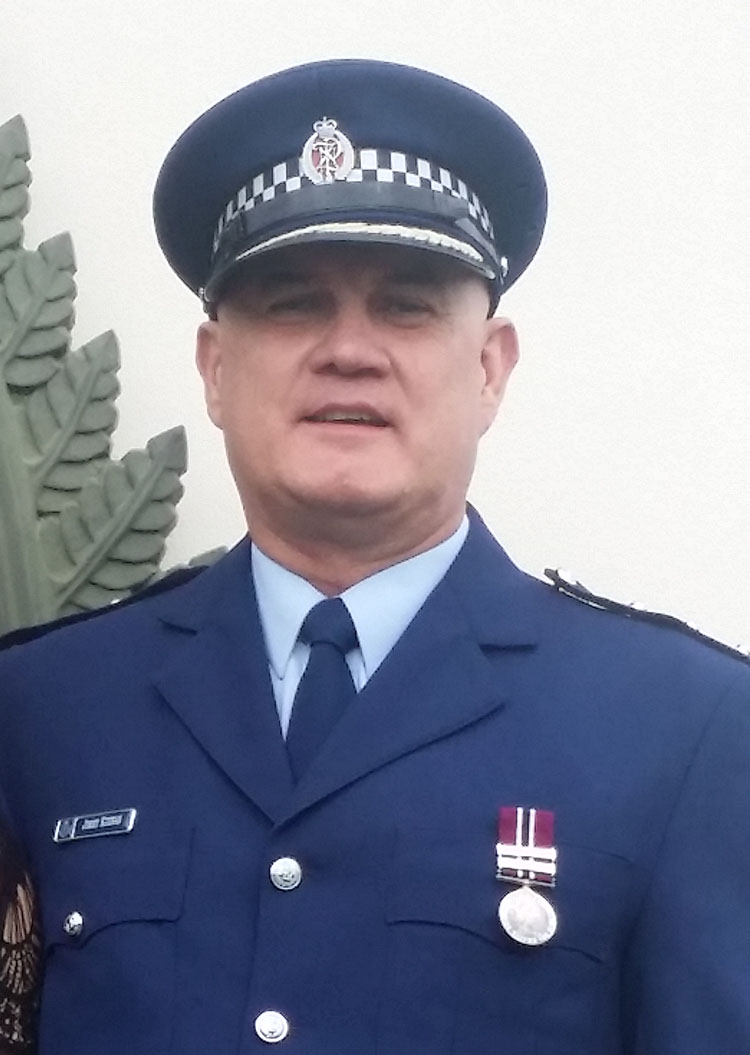 The country’s new Police Commissioner is James Keenan, the first Cook Islander to achieve the rank of commissioned officer in the New Zealand Police force.

Prime Minister Mark Brown, acting in his capacity as the Minister of Police, yesterday announced the appointment of Turepu James Keenan as the new Cook Islands Police Commissioner.

Earlier this week Cabinet approved the Police (Appointment of Commissioner) Order 2021 for promulgation by the Executive Council and Keenan’s warrant of appointment was subsequently signed by the Queen’s Representative, Sir Tom Marsters.

Keenan said he is “extremely excited and keen to return home” to take on his new role as Police Commissioner. He is expected to commence his duties here at the end of next month on Monday, May 31.

“It has been a long-held dream of mine to return to my homeland, and to use my skills for the benefit of our people,” he told Cook Islands News last night.

“I will be in Raro by the end of May or even early June to start work, depending on my finish date with NZ Police.”

Prime Minister Brown said: “To have a Cook Islander of Mr Keenan’s calibre and experience in this highly important role is the best possible outcome we could have hoped for.”

“His extensive and extremely impressive service record with the New Zealand Police, working across a variety of different policing disciplines, speaks for itself.”

A New Zealand Police veteran of 36 years’ experience, Keenan is currently a shift commander rotating between Auckland Metro and the Northern Communications Centre.

Upon his promotion to Inspector in 2004, he became the first Cook Islander to achieve the rank of commissioned officer in New Zealand, the government’s press secretary said.

Raised in Rarotonga, Keenan is the eldest of six children; his late mother Tuaine is from the Turepu family of Takitumu and his late father George, an Anglo-Irishman, managed the government-owned Island Foods factory in Rarotonga.

Keenan’s uncle was the late Turepu Turepu, a prominent Cook Islands artist who established the well-known Ta’akoka Dance Troupe, with whom Keenan performed in Australia and Japan before joining the New Zealand Police as a new recruit in 1984.

The government’s press secretary said Keenan visits Rarotonga regularly and has a long history of cooperation and connection with the Cook Islands Police Service, having presented lectures to officers here on recent crime and drug trends, prepared drug education packages for Cook Islands youth, and assisted with the training of drug detection dogs at the Rarotonga International Airport.

Keenan has also been actively involved in the Cook Islands community in Auckland, and in the recruitment of prospective police members from within the Polynesian and Maori communities, the press secretary said.

An excellent choice by the Cook Islands government. I first met James at the New Zealand Police Academy in Porirua in 1983 whilst completing Police Recruit training in Recruit Wing #92 where James was just completing training with Recruit Wing #90. James used to pick me up for early morning shifts at Auckland Police Central Police station on his mini. Thanks a lot mate, I will not forget your kindness. I hope and pray full support from the current administrator's of the Cook Islands Police and also former members who I believe will be as keen to support one of our own. Kia Manuia.