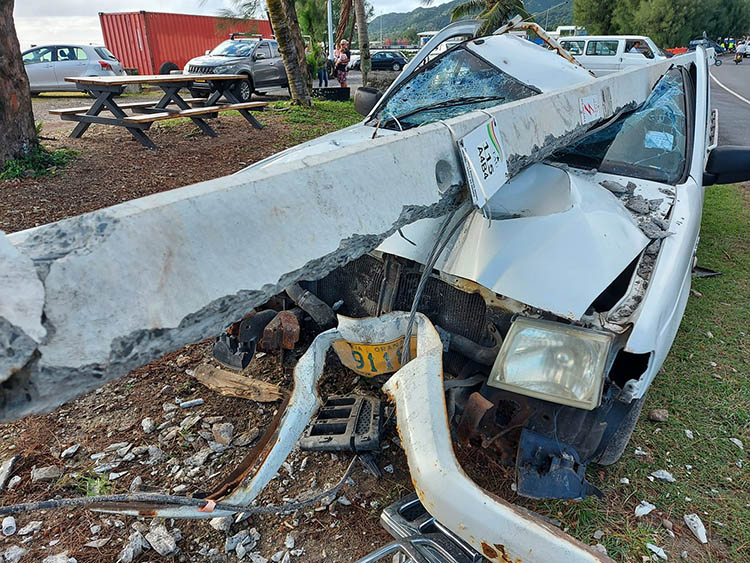 The truck wrecked a power pole and brought down cables on Friday night. POLICE/21060703

The driver of the truck involved in a crash which wrecked a power pole and brought down cables in Panama on Friday night is likely to appear in court on Thursday.

Police were called to the scene shortly after 9.30pm. Traffic had to be diverted to clear the main road of debris.

In a statement, police said the driver was breathalysed at more than double the limit, and arrested. The driver is facing drunk driving charge.

According to police, the costs are likely to mount as a result of this incident as Te Aponga Uira technicians value the damage.

In the aftermath of a Friday night of incidents, two drivers were in prison. A third person was forbidden from driving.

In the early hours of Saturday morning, police arrested another driver, following a checkpoint in town. He was breathalysed at more than four times the limit.

On early Sunday, a man was stopped at a traffic checkpoint in town and was subsequently tested, and found to be more than double the legal limit for alcohol. The driver was remanded into custody.

“The realities of drinking and driving are lessons that continue to be ignored by many drivers on Rarotonga. The risks to yourself, to the lives of innocent people, as well as the damage to vehicles and other property, will be costly,” police said.