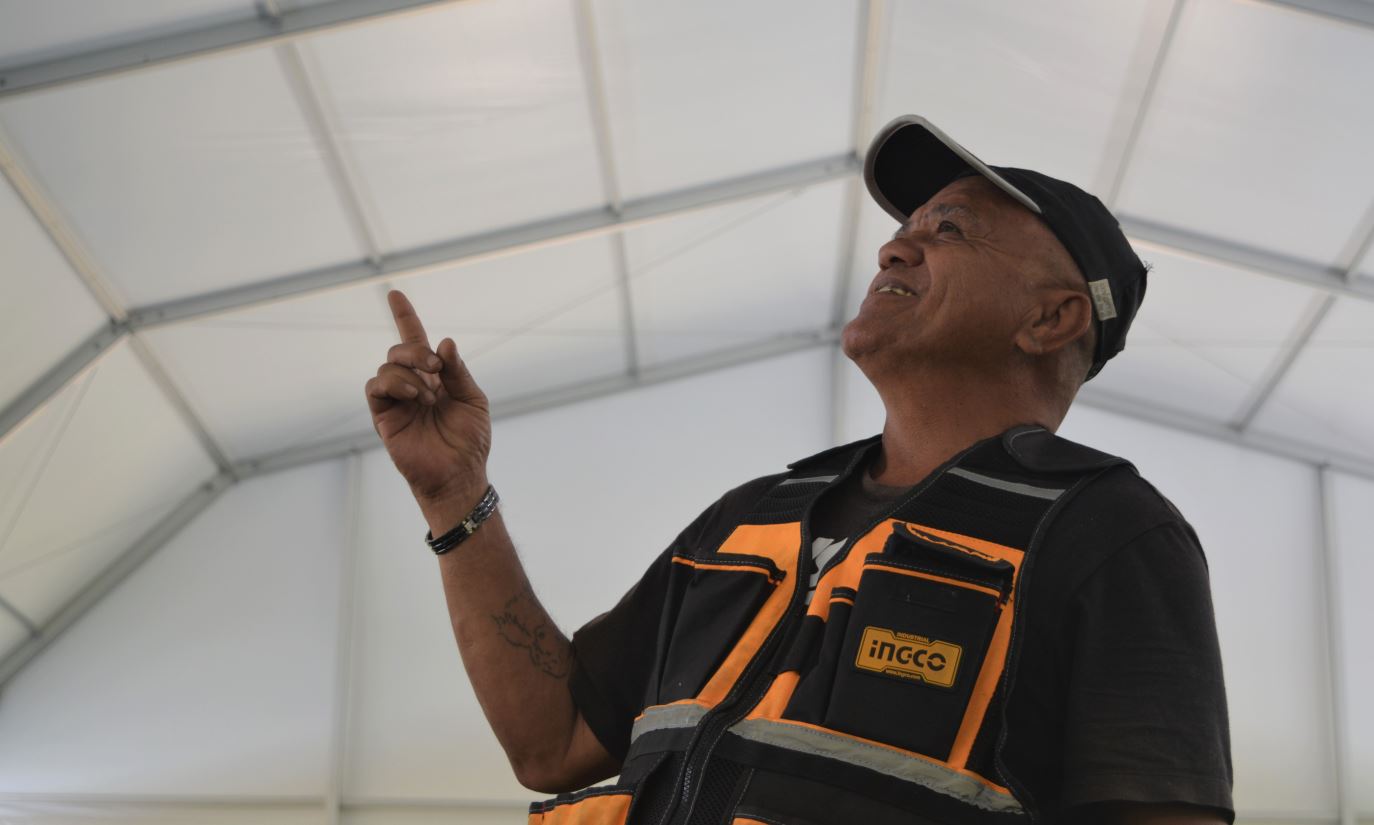 The netball dome at the Tupapa Maraerenga courts donated by China only needs a lick of black and white paint, says Minister George ‘Maggie’ Angene.

Angene, who is Tupapa’s MP, is leading the project. He said painting the village colours on the dome should only take a couple of days.

“The dome itself is finished, there’s nothing else to do on the dome,” Angene said.

The dome is equipped with lights so games can be played at night.

“This is going to be a multipurpose dome, anything can be held inside here.”

“When a member of the village passes away, if the family wants to use this place they can.”

The official opening of the dome will be held on December 15. Angene said he expected around 1500 people to attend, including former Tupapa residents returning from New Zealand, landowners and sports representatives. A representative from sponsors China will also appear via Zoom.

Angene secured the dome after visiting Zhuhai, China – “a sister city to Rarotonga” – in 2018 with then deputy prime minister Mark Brown, who is now the Prime Minister.

Angene previously told Cook Islands News the mayor of the city asked what they could do for the village and he asked for the dome. The dome was meant to be built in 2019 but was put on hold because of Covid-19.

Angene said some members of the community were “moaning” about the government working with China. But he said the dome was a gift from a “friend of China” and not between governments.

The dome will be known as Rangi Marumaru, which means Shady Sky.