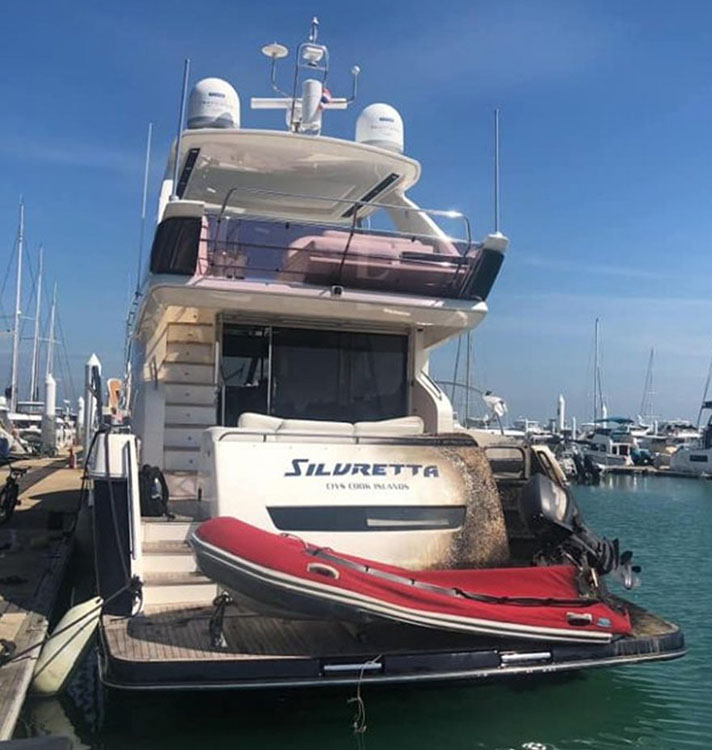 Maritime Cook Islands has confirmed that investigations are underway on the matter of a Cook Islands registered luxury yacht that caught fire in Thailand last month.

The yacht, Silvretta, was docked at Ao Po Grand Marina in Phuket for a day when the incident took place.

The yacht caught fire on the night of December 23. It was reported to have caused three million-baht (NZD $138,787) in damages.

Thai News reported that the incident drew attention to the yacht and preliminary investigations revealing one of the owners as Thailand’s political party Progressive Movement leader Thanathorn Juangroongruangkit.

It was also discovered that the vessel is registered at Cook Islands and is worth 80 ($3.7m) to 120 million baht (NZ$5.5m). Maritime Cook Islands (MCI) says due diligence has been done on the owners.

Meanwhile, Maritime is waiting on an update on investigations into the stabbing incident resulting in the death of a crew member onboard New Progress in international waters off the coast of New Taipei City’s Shihmen District.