Saturday 8 May 2021 | Written by Emmanuel Samoglou | Published in Health, National 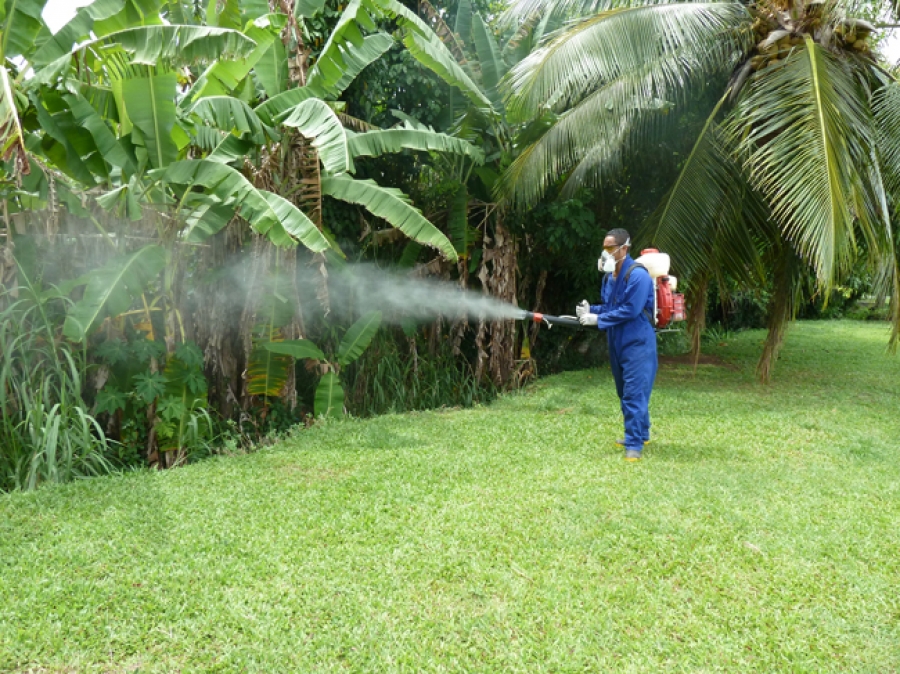 Spraying to kill mosquitos helps to prevent the spread of viruses such as dengue and Zika.

Regional health experts have been called in to support Te Marae Ora Ministry of Health with a mystery virus circulating in Rarotonga.

Local health officials have requested support from the World Health Organisation (WHO) to assist with an investigation into an unidentified virus that has been circulating among Rarotonga residents.

Those affected say they have experienced symptoms similar to those associated with dengue fever, however many blood tests carried out by Te Marae Ora Ministry of Health (TMO) have returned negative results for dengue.

Public health officials have said they know little about the virus, and it is not known how many have been infected.

He said WHO officials will be conducting an analysis on a number of patients’ records.

“TMO follows the WHO instruction and work for the epidemiological investigation,” he said.

While the Cook Islands has capabilities to test for dengue fever, testing to determine the exact strain or identify a specific virus must be carried out in New Zealand.

Analysis carried out in early April in New Zealand on blood samples of local residents have not indicated the presence of Zika or Chikungunya in the Cook Islands, TMO has reported.

No further testing has been carried out in NZ since, Jayasinghe said.

TMO’s response to the situation, which was first reported in Cook Islands News last month, has come under public scrutiny recently.

This week, Titikaveka MP Selina Napa said the health ministry has lagged in its response to the situation and should have requested the support of the WHO earlier.

She said TMO must improve its response to what she described as a worsening situation.

“The disclosure that a mystery dengue-like virus may be present on Rarotonga must prompt Te Marae Ora to make the quickest response to what appears to be a worsening situation,” she said.

“Members of my family have been sick with dengue-like symptoms, but returned negative tests, so I am aware that this presents a serious issue for us to deal with now.

“Our people need to be reassured that TMO is on top of this and is doing all it can to determine exactly what illness our people are suffering from.”

Napa said timing to the response is critical as the country prepares for two-way quarantine-free travel with New Zealand later this month, as well as a planned Covid-19 vaccine rollout.

Her comments coincide with a type-2 dengue outbreak that is continuing to spread in Rarotonga and has affected three outer islands, including Mauke, Aitutaki, and Mangaia.

According to a TMO report released this week, there have been 343, confirmed, suspected and probable cases of type-2 dengue in the Cook Islands.

At total of 38 of those cases have resulted in hospitalisations.

To contain the outbreak, Jayasinghe said members of the public should remove mosquito breeding sites from their properties to eliminate the risk of mosquito-borne diseases.