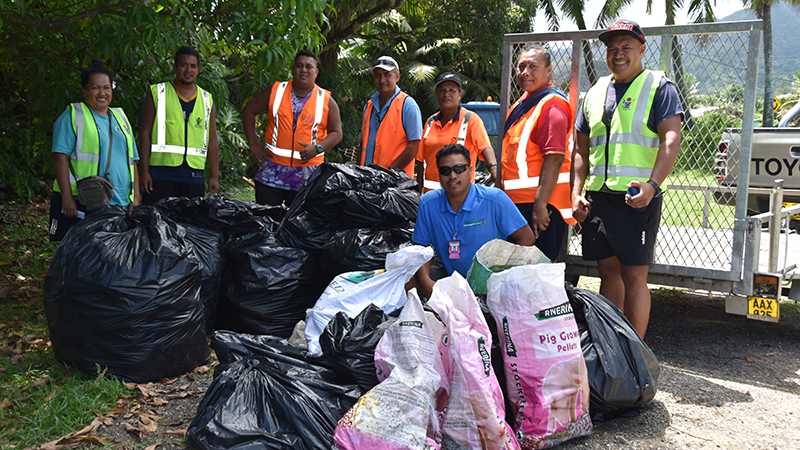 There are now 14 dengue type-2 cases in Rarotonga.

Dengue cases in Rarotonga has increased from eight to 14 following an outbreak last week.

There are 17 cases identified as “probable” as the ministry wait for final confirmation on the test samples sent to New Zealand.

According to Te Marae Ora’s situation report, 12 people with dengue fever are admitted to hospital.

As of yesterday, Titikaveka is reported to have six confirmed DenV-2 cases with three from Ngatangiia, two from Nikao and one each from Matavera and Ruaau.

In an effort to tackle the outbreak of dengue in Rarotonga, Operation Namu21 was initiated by Te Marae Ora and puna representatives together with government ministry staff who were out on the road yesterday for daylong mass clean up.

Used nappies and empty alcohol bottles were among the most rubbish collected in the Ruatonga, Avatiu, Panama and Atupa puna.

However, they have noticed people dumping used nappies inland.

“The punas were happy, some collected less rubbish than they expected, while others collected a bit more compared to the last Operation Namu in 2019.”

Dr Uka said the rubbish had all been sorted and taken by Infrastructure Cook Islands to the landfill He added there was an increase in the numbers assisting at some puna and most of the work was done by 10am, with the last puna completing their clean up by 12 noon