Laws to keep litterers away 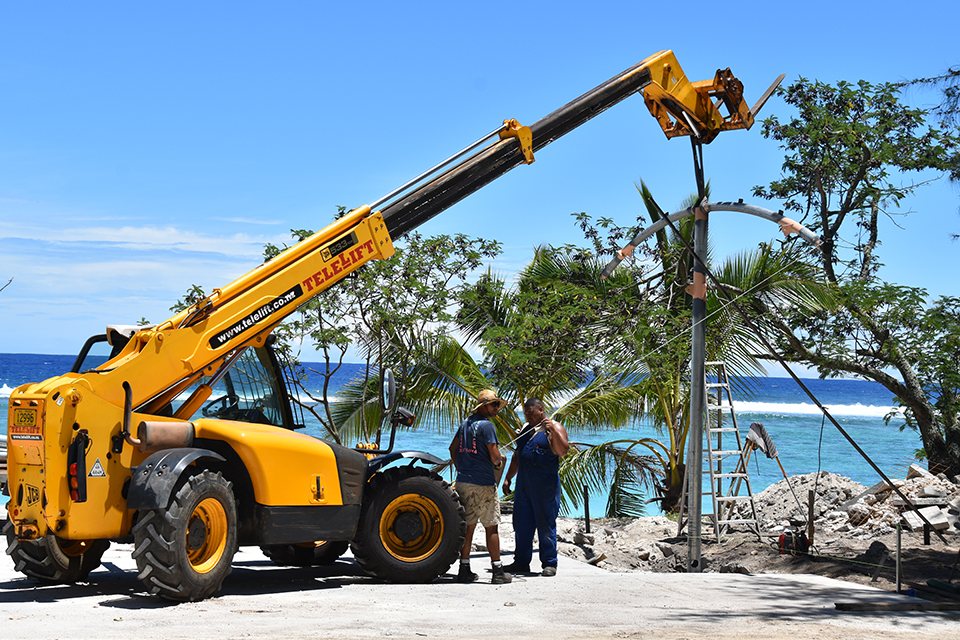 With plans to establish the Nikao Social Centre area as a park, laws and regulations aligning with the National Environment Services will soon be implemented.

Regulations around littering and conservation of land and sea resources will be put in place to ensure proper use of the Nikao Social Centre area.

It was a week ago that the Nikao community raised concerns on the use of the Nikao/Blackrock beach area where rubbish was burnt and a tree was damaged in the process.

Concerns were also raised on the blatant disregard of public laws on the consumption of alcohol in the area – this is also said to be contributing to the increase in litter.

Nikao MP Vaine (Mac) Mokoroa, who is also the Minister of Internal Affairs, has received reports of people bringing their rubbish from home to fill up bins at the Social Centre.

Emile Kairua, the chairman of the Nikao Fishers and Growers Association, said “old habits die hard, but these habits will soon be rid of” as they plan to put tougher measures in place to combat littering.

Kairua said even after all the recent discussions around people leaving their empty drink bottles on the beach, there was a group of men drinking openly on the beach towards the Black Rock side recently and “by 5pm there were already empty bottles being left next to the bins”.

“Unfortunately, there are always the few that spoils it for everybody.”

The next approach is to carry on with awareness but use the laws to help out with enforcement, says Puna.

“The idea here is to correct the behaviour and make it second nature to our people, to take care of our ‘Ipukarea Tūmanava’.”

Police say they will be increasing their surveillance around the Nikao Social Centre area as past warnings against consuming alcohol in the area have not been taken seriously.

Acting Commissioner of Police Akatauira Matapo has warned “prosecutions will follow” if these appeals fall on deaf ears.

“Police have little choice but to enforce the law. The community cooperation is appreciated as every effort is required to keep the Social Centre safe and enjoyable for everyone,” Matapo said.

Police spokesman Trevor Pitt said people have been warned about drinking in a public place, especially around holiday time.

Pitt adds it has been difficult to monitor constantly, “so tips from the public would be useful”.

Meanwhile discussions are in progress with relevant stakeholders in identifying a holistic approach to establish the Nikao Social Centre Park complete with policies to govern its proper use.

Kairua says once the framework around protecting the area is in place, they can then commit resources to improving facilities such as the appropriate redesign and layout of rest room facilities, with the consideration of environment impact to the lagoon from water runoff from showers and toilet facilities.

They will also be working on a replanting programme – already on the discussion tables.

“We have started with the planting of dwarf coconut trees. To be followed by planting of native hardwood trees, flowering plants for revenue generation for the mamas, known durable shade trees for the beachline – hibiscus, kaukau ariki.”

Proper garbage disposal facilities, removing dead and rotting trees for safety hazards, improvement on the security of the area, fencing the roadside of the park and creating one entry and exit, are also in the pipeline.