Community wants action to save lagoon 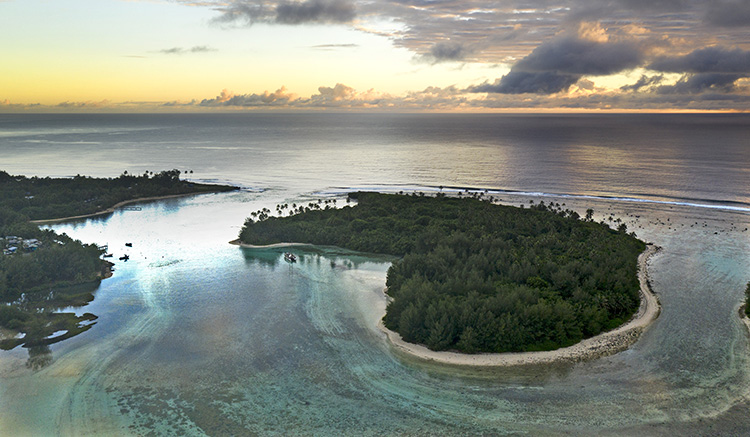 Plans that can be immediately activated to help save Muri Lagoon were overwhelmingly supported at a community meeting Tuesday night called by senior traditional leader Vaikai Mataiapo Tutara.

In a statement Vaikai said: “It was so good to see so many people come to the meeting to watch the presentation and plans put together by local Florence Syme-Buchanan – 79 people attended the meeting and 72 signed their support for the proposals she put forward.”

Vaikai confirmed those who were unable to attend the community presentation can still show support by signing the form detailing the proposals for Muri and Avana.

“We urge everyone to show support for saving Muri, whether you are from Ngatangiia or not – because this is a national issue.”

He said there were two people who signed in support but did not agree that Avana Harbour should be dredged to allow better flushing of Muri Lagoon.

Team leader Florence Syme-Buchanan says many at the meeting did not realise the extent of degradation that has occurred at Muri lagoon.

“So being able to see recent drone footage of the state of the lagoon and harbour, see sand samples taken from the water’s edge and photographs of what the lagoon sea water actually looks like today, shocked a number of people who had no idea how bad the situation is,” Syme-Buchanan said.

“We wanted to create awareness in our Ngatangiia community about the exact state of Muri and get support for our proposals. Using that community support, we would like the government to pay attention and understand the urgency, time is not on our side because our lagoon is deteriorating.”

According to Syme-Buchanan, the reality of Muri lagoon now is that images of it as it is today can never be used to promote and market Rarotonga, or the famous Muri Beach – “that is a very sad fact.”

“We are really conscious that along the Muri ‘golden mile’ are many properties, employees, related businesses and their workers, that all rely on the well being of our lagoon. It has been estimated that our ‘golden mile’ contributes $50 million a year to the national economy, so this isn’t a problem confined to Ngatangiia alone. It is a Rarotonga wide problem, it is a national problem and we can’t afford to keep procrastinating,” she said.

“I am so grateful for the offers of help, the encouragement and support that has been coming in since the presentation on Tuesday.”