Families compete in series of fun and progressive athletics activities 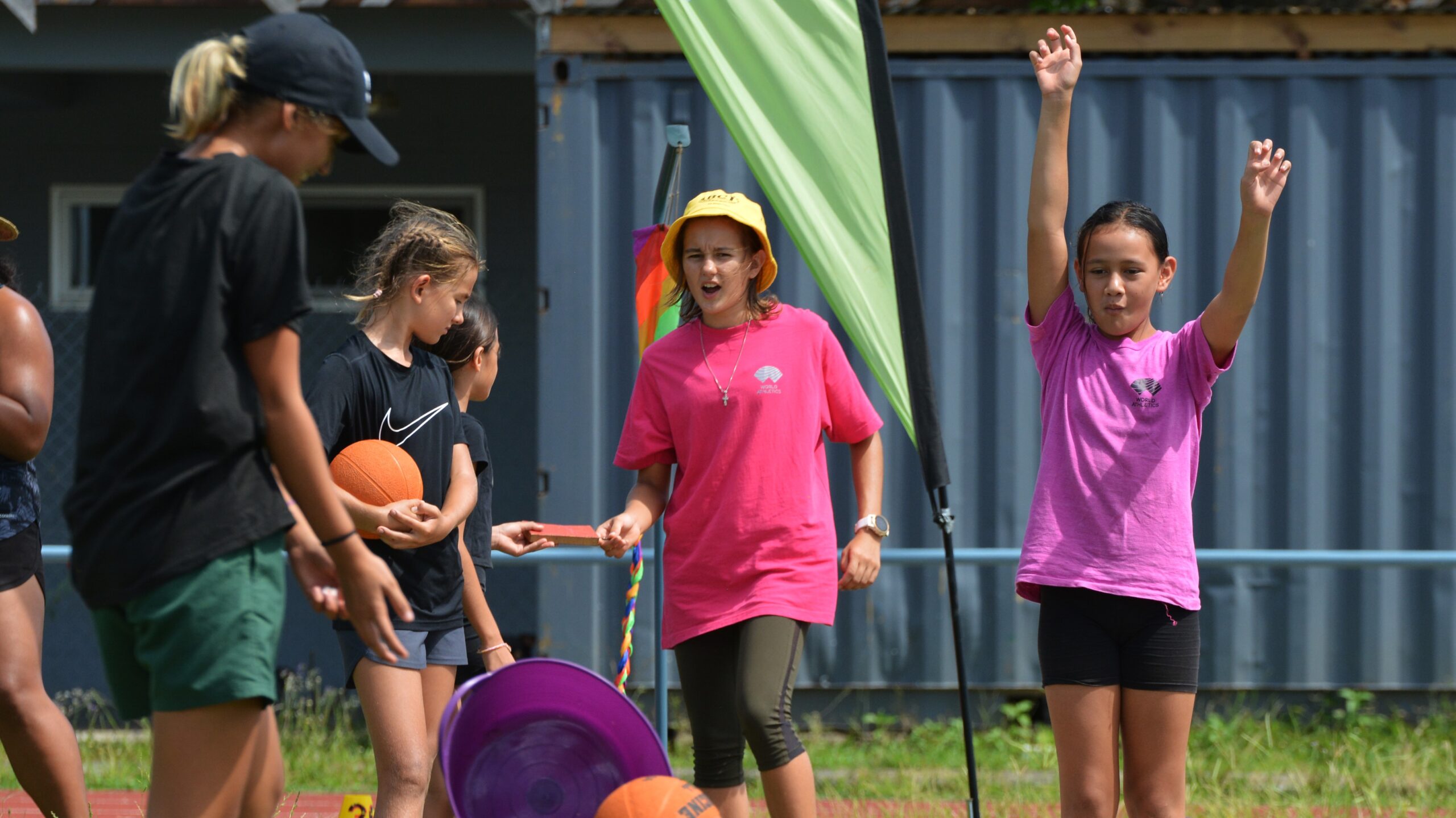 The Push Ball which uses the push technique for shotput was one of the events held at yesterday’s Carnival Athletics Day. SUPPLIED/22041806

The inaugural Carnival Athletics Day was held on Easter Monday afternoon at the National Stadium in Nikao.

The event had 10 families from across the globe – Rarotonga, Mangaia, Tahiti, New Zealand, Philippines, and Poland – racing each other for prizes in a series of fun and progressive activities designed for all ages from under-7 years to 50+ years.

Event organiser Ruta Mave, the president of Track and Field Club Rarotonga and Athletics Cook Islands development officer, said: “The day started with some entertaining warm up drills of Mexican waves in the stand to cross co-ordination stretches to get the brain wired.”

Sprints were set out from 30 metres to 100m depending on age groups. There were plenty of competition heats for the 14 and 10 and under groups, then the brave parents, guardians, aunties and grandparents decided to set the example for their moko’s to follow.

“Racing was fast and furious in the 40+ women’s and at one stage a different country lined up in each lane. For a fun participation day, it was keenly raced with the ‘nike’ jandals flying and a couple tripping on the track only to bounce up and limp to the finish line for the esteemed honour of receiving a mintie,” Mave said.

The side events of Ring Toss that sets up the technique for discus had some close contenders to get the hoop between the goal posts over the crossbar and then bouncing off the buckets on the other side for a major prize.

The Push Ball which uses the push technique for shotput saw 2kg medicine balls bouncing into buckets and bouncing out or rolling along the grass. The older the athlete the further the bucket they had to shoot into.

The hurdles gave some time out in the shade of the stadium, while each age group battled their age level hurdle obstacle. Not to be outdone, the 50+ club came together to give it a go and the 40+ women were hot on their heels racing down the straight.

Coach Michael, an ex-hurdle athlete in his day, took on the U18 and 19+ boys showing his great technique. Taking pity on them, he slowed down only to have them gain on him. “It looked like a photo finish but they all believed they came first,” Mave said.

Next everyone tried the obstacle Hop Jump into the sandpit, with the older athletes having to hop over three hurdles one leg, another three hurdles the other leg, two running steps then jump over the high jump rope to cross the line marked in the sandpit to get a generous high five from the top jumpers.

To finish the day everyone came together to race an 8x 50m relay with 14 and under girls and boys racing against the parents of 30 – 50 years.

Mave said: “It was good to see no trip ups, no injuries and a solid finish by all teams. Still waiting on the video ref for the results.”

“Spot prizes were won, minties were eaten and everyone went home a winner, thanks to all the parents who helped and participated especially Georjean Nicholas and photographer Gina Tavioni-Bamber.

“Next week ANZAC day is the 30+ only competition at the stadium, come along to watch or participate. Then start thinking about Kumete and get your village ready to bring home the cup Queen’s Birthday Monday June 6th.”