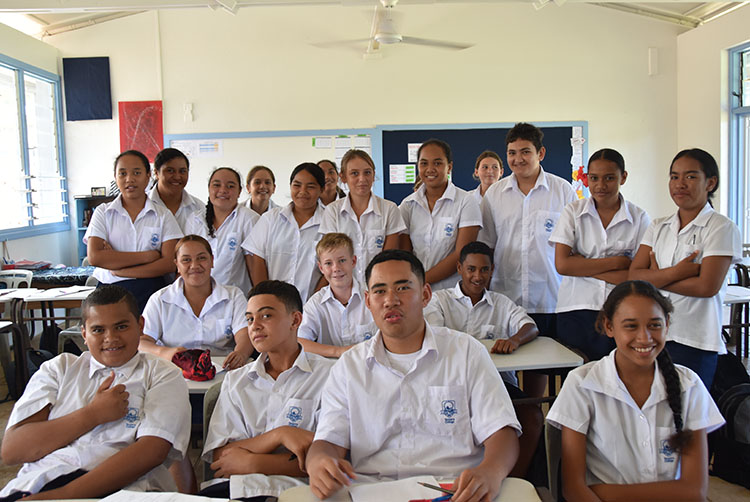 Senior student retention rates have resulted in Tereora College having to cap year 9 to 11 numbers to ease pressure on resources and make sure the focus is and remains on learning.

The country’s national Tereora College roll has increased, particularly in the senior classes that now has with 83 more students than last year’s number, to a total of 150 year 13 students for 2021.

Principal Tania Morgan said reasons for the increase is the retention rate of the year 11 and 12 students.

“They have remained at school, whereas previously they may have opted into employment (probably not as many jobs as before) or moved overseas,” she said.

“We have retained a huge percentage of our senior students and we want them in school, it’s our job to find the staffing to support that.”

The large number of students has had a flow on effect from what the college can do or deliver in other levels.

Morgan recognises that the college is a public school and can’t close their rolls.

“But unfortunately that’s what we had to do, it just became very hard here, so we had to cap the year 9 to 11 as there are alternative placements for them at other colleges,” she said.

The Year 9, 10 and 11 students that were coming from Titikaveka, Nukutere and Papaaroa schools had to be redirected back to their schools.

“That’s good for the other colleges to boost their numbers, and as a community we are all responsible that the kids have an education,” said Morgan.

“We would be doing a disservice to the kids we currently have plus any new ones coming in. We had to work with what we have, and unfortunately staff has been a bit of a concern; if we had the staff sure, we would take more on… but, we had alluded to this last year.”

Morgan had touched based with principal of Titikaveka College Vae Unuka and principal of Nukutere College Delaney Yaqona, informing them, “we (Tereora) are at a pressure point and would they be able to accommodate extra students that might be coming our way - they both were happy to”.

Morgan was pleased at the 84 NCEA pass rates that had definitely increased at the higher end level.

The overall endorsements for the 56 students who achieved their NCEA Level Qualifications at Merit and Excellence levels increased from 2020.

Along with the teachers a well-deserved lunch was hosted at the Edgewater Resort on Friday to acknowledge all the hard work put in last year.

For NCEA all three levels had over 80 per cent passing rates and in particular the Level 3 that was nearly up to an 85 per cent pass rate.

“We knew they were going to be okay as we were tracking through the year, especially towards the end of the year. That they would be on par or if not better, we were happy at where they were,” said Morgan.

Schools were disrupted last year due to the precautionary measures that were taken in the preparation and awareness campaign for Covid-19.

When the students returned to school in term 2020, Tereora College took everything off their calendar and all the focus was on academics.

There were no fundraisers, no big school events - the college solely focused on school work.

“Our level threes came through during this time, they were very focused and the results obviously paid off in the end,” Morgan said.

Acknowledging that Covid-19 did put families through difficult periods, Morgan said she really does appreciate that there was a lot of pressure put on families at that time.

“For the students who were back at school (2020) it did change their focus they became very focused on their academics,” she said.

The college is aware of some students who have gone overseas, some who have chosen to stay and attend USP, and some whose families have moved across to New Zealand.

“We really do need to think about what are the services we can provide to our learning community,” she said.

“It is sad when we have to tell parents we can’t get their child in. We need to plan a way forward for the future years, there’s going to be challenges ahead.”

Morgan’s advice to the students this year is: “to just to work hard”.

“Look at our rules as they stand now, reminding them of their obligations and of their enrolment in Tereora College, what that means and just knuckling down to academics,” she said.

“Around the classrooms there is a bit of a buzz that academics is really important, it’s a good thing. I look forward to supporting and providing service to them.”

Students are also reminded of the school rules that are in place such as the no mobile phones policy during school hours and no dyed hair - an old rule that has been in place for a long time.

“This year we are here for our school work, so we’re not here to battle the rules,” she said.

Morgan advises parents who want to protest the school rules to go through the proper processes, go through the PTA; but to also have the community in mind as well.