Professor continues recording local history and culture in his books 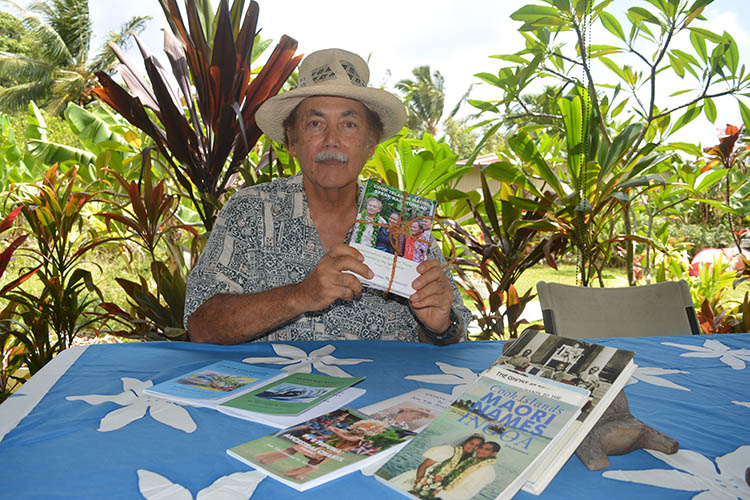 Dr Jon Tikivanotau Jonassen has over the years written books on topics that are close to his heart and tomorrow he will be launching another four of his books for the Cook Islands people and the future generations.

Well-known and respected political science professor Dr Jon Tikivanotau Jonassen says he writes books to at least record what he knows, and maybe one day someone will pick it up and take it further.

“Otherwise it will disappear,” he says.

Last year Dr Jonassen launched four books; Volume One of Traditional Chants, Volume One of Songs and a book on ghost stories and Cook Islands legends.

He says the difference of volume one on chants is that he writes about the chants that are used for birthdays, haircutting, funerals and welcoming ceremonies.

He says volume two is more on chants linked to investiture ceremonies or titles.

“In volume two because I talk about titles I made a conscious decision that titles I would talk about will only be the ones that I am linked to by genealogy.”

He said there has never been a book on chants.

Dr Jonassen has completed volume three of the chants book and this is also to be released soon.

He said for the song book, he has written well over 700 songs that includes Mou Piri, but the songs are divided into different volumes of the books and will be released later in the year. “We are trying to make it (books) as affordable as possible because our focus is our people and our schools,” Dr Jonassen said.

The books have been printed by Rarotonga Printing Ltd and published by Mana Heritage Publications Limited supported by the Ministry of Culture.

The four books will be launched on Thursday at 6pm at the Islander Hotel.