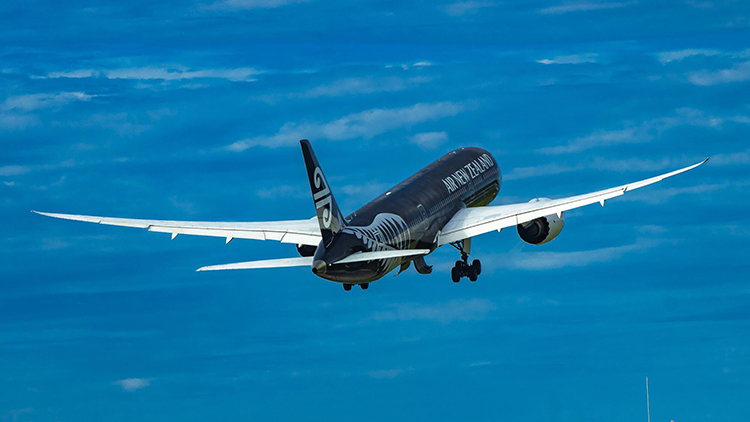 Tourism figures have received another boost as the industry regains momentum with the arrival of Kiwi holidaymakers in growing numbers. Al Williams reports.

Early visitor arrival projections released by Cook Islands Tourism have been scaled up to 12,000 this month while 11,000 visitors are now forecast to land here each month between August and October.

The new projections are expected to bring in close to $100 million in direct spending, based on the average spent per visitor per visit of $2189.

In early June, tourism authorities projected visitor numbers to the Cook Islands to be between 50 and 60 per cent of pre Covid-19 figures in the four months to November when Cook Islands Tourism Australasia general manager Graeme West delivered the estimates to the industry.

“We have been running some targeted advertising to attract visitors for January through April 2022.

“This has had an immediate positive impact on bookings for that travel period and we will continue with initiatives to support our traditional shoulder and low season.”

The numbers from June correspond with what the industry members are seeing on the ground.

Polynesian Rental Cars marketing executive Charleen Heather said between 85 and 95 per cent of fleet vehicles were out on the road, and those figures were projected to remain for the coming three months.

“Cars are coming in and going out at the same time. People are booking in advance and we are turning down business at the moment.”

Heather said the struggle to meet demand was attributable to the fleet being largely dormant for the past 18 months.

Polynesian was awaiting supplies to keep up with demand, she said.

Beluga Café owner Lou Christy said she was also struggling to keep up with demand as customer numbers increased.

“We are struggling with supplies to keep up with demand, those are the staples like seafood and eggs,” Christy said.

“The turnover is good but I haven’t had time to analyse the numbers.

“The main thing is the supply chain, there needs to be communication between airlines, transport operators and tourism operators.

“They will need to bring more staff on to the island.”

Edgewater Resort and Spa general manager Franz Staufer said they were not huge increases but in line with what he anticipated.

“It is great news, it is steady at the moment, it is not hectic.”

Edgewater had 500 guests this week, he said, which equated to close to 60 per cent occupancy.

Bookings for August, September and October were looking “strong”.

“We are very happy with what we have got, we have also been lucky to have kept all our staff on through Covid-19.”

Fifty Cook Islands tourism operators were on hand to promote their products at the Hilton Auckland.

He said the feedback had been fantastic.

“I think we are very lucky, we have to get the recovery right.”