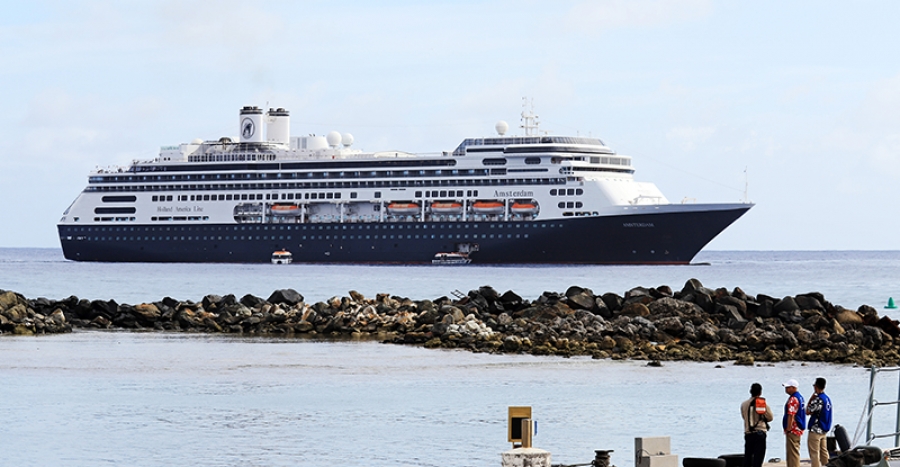 With recent progress in developing a Covid-19 vaccine and the nation's finances at stable levels, authorities shouldn't be rushing to open the borders, an analyst says. 18012606.

Stable finances and positive signs with the development of a potential Covid-19 vaccine is leading at least one analyst to suggest there should be no rush to open borders to international tourists.

Reflecting on the impact Covid-19 has had on the nation’s tourism-dependent economy, ratings agency S&P has revised its economic outlook for the Cook Islands as ‘stable from positive’.

But with debt currently at sustainable levels and positive signs in the race to develop a vaccine for the virus, a Pacific economic analyst with ANZ Bank says there’s no need to rush to open the borders to international travelers until effective Covid-19 treatment becomes widely available.

In its most recent report on the Cook Islands, S&P said the outlook revision from positive to stable reflected “fragilities inherent in Cook Islands' tourism-centric economy” and that the downturn is “driving large fiscal deficits that we expect to narrow within the next few years.”

In the report, S&P affirmed its 'B+/B' issuer credit rating – which is an opinion on whether the country is able and willing to meet its debt payment obligations.

At ‘B+’, the agency believes the Cook Islands Government is currently able to pay its debts in a timely manner, but further adverse conditions could affect its ability to meet those obligations.

S&P analysts wrote they expect borders to open at some point in 2021 with New Zealand and possibly Australia, with further markets opening up later that year. Tourism activity will be limited until a vaccine or treatment becomes available, which they expect around mid-2021.

“The economic downturn caused by the spread of Covid-19 and subsequent recovery will exacerbate the fragilities inherent in Cook Islands' tourism-centric economy. The downturn is driving large fiscal deficits that we expect to narrow within the next few years,” the report reads.

“As a result, net debt will rise and remain much higher than in the past. Cook Islands' debt burden nevertheless will remain modest compared with its peers, and the debt will be owed to official lenders.”

ANZ Bank’s Pacific Economist Kishti Sen said S&P’s analysis reveals a level of relative stability for the nation’s finances for at least the coming 12 months, with public debt as a percentage of GDP “well below” comparable nations, creating “plenty of wriggle room for the government”.

Based on those numbers, he said the country is in a situation where it can adopt a wait-and-see approach to riding out the pandemic, and restore finances to pre-pandemic levels once borders can be opened safely.

“The health and safety of your people should be protected at all times. We think once the Cook Islands achieves herd immunity through vaccination, then it would be safe to open borders. But ultimately, the Government of the Cook Islands holds the pen to that decision,” he wrote in an email to Cook Islands News.

“Fiscal consolidation can take place when the economy is stronger and we believe that is not far away given the very positive news on vaccine development in recent days.”

“The challenge will be to get early access to these vaccines. Once immunisation is done, the government will have the confidence to open its border and restart the critical tourism industry. We hope this can happen sometime within the next six months,” wrote ANZ’s Sen.

On the flip side, S&P’s report said a prolonged pandemic with larger deficits and higher net debt could result in a lower rating for the country in the future.

In providing rationale for its ‘B+’ credit rating, S&P’s analysts also wrote: “The Cook Islands is taking steps to address important deficiencies in its fiscal, economic, and external data, but has been slower than we expected. Our credit ratings are constrained by weak data disclosure and uncertainties created by frequent revisions.