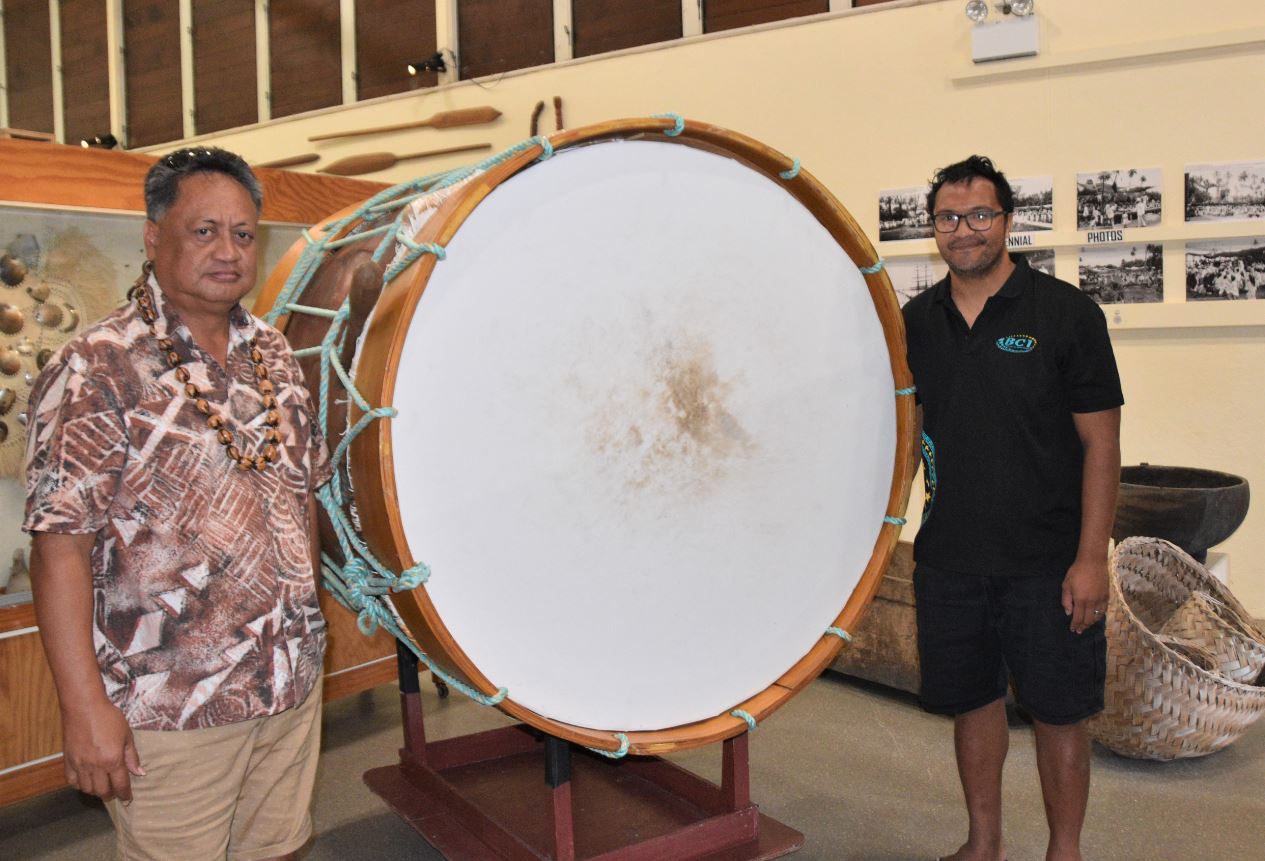 Secretary of Culture Anthony Turua and Mii Joseph with the spectacular drum displayed in the Tauranga Vananga/Ministry of Culture Cook Islands National Museum. 22110901

The drum was ingeniously built from an old water tank, by the late Joseph Rae Joseph, who passed away last year. He was a former employee of Tauranga Vananga,

In recognition of their late father’s passion and love for Cook Islands arts and performances, his son Mii Joseph and their family donated the drum to the Museum.

Joseph Rae Joseph started building the pau in May 2016. He completed the project two months later in July, racking up 200 hours of labour.

Because of the size of the pau – it measures 1.5 metre in width, 1.4 metre length and 4 metres in diameter – it took 36 hours and eight men to assemble the masterpiece, Mii said.

Instead of animal skin, a special thick canvas was ordered in from New Zealand to cover the hollow area.

An intense amount of work and blistered hands went into its creation, said Mii.

Building the pau was a way to share the knowledge of making the instrument and to pass on cultural knowledge to the next generation.

The pau has been played at Te Maeva Nui festivals by the Tupapa Maraerenga cultural dance group.

Secretary of Culture, Anthony Turua acknowledged the Joseph family. “Thank you for giving us the opportunity to have this drum displayed inside the museum.”