A dream come true for Boaza 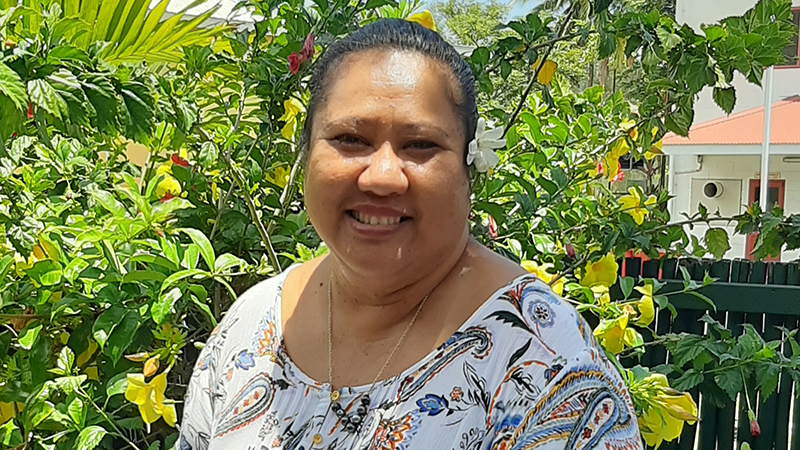 “I’m very passionate about Maori language and performing arts, this is a dream come true for me. Te Reo Maori is very special to me, and our culture should always be treasured,” says Boaza.

Born and raised on Aitutaki, her parents were also passionate about culture. Her father is from Rakahanga/Manihiki from the George Greig family and her mother Mata from Ngati Tepaki.

“I grasped the knowledge and love for our culture from my grandfather, who passed this on to my mother, then to me.”

A former dance champion for Aitutaki back in the day, most people know her as a dancer, composer and a choreographer.

Her previous teaching career has also been a bonus, she says.

In 1992 she started her teaching career at Avarua Primary School under the leadership of Eric Ponia, Tereapii Tommy and Gelling Jack from 1993 to 2005.

“Back then you could feel the love and the passion teachers had for their jobs.”

In 2006 she moved to Australia with her family for health reasons.

“A change of life happened to me,” she says, when she started work with the CICC Church in Australia, eventually becoming secretary.

In 2017/2018 Boaza was appointed the director of the CICC National Youth Council in Australia.

On a visit to Rarotonga with her husband Vainetutai Boaza in 2019, family encouraged them to stay – “it was time to return home”.

The Boazas returned with their youngest child, “but, Australia is our second home, our two daughters and grandchildren live there”.

After completing her contract with the House of Ariki last year, she is more than excited to take on the role at Te Kopapa Reo Maori.

She has filled the position previously held by the late Rutera Taripo who sadly passed away in late November 2020.

Te Kopapa Reo Maori has a workshop scheduled for early March that will focus on the written and oral translation and interpretation of the Maori and English languages.

A registry of capable translators will also be produced to assist Government and the private sector who need assistance for the translation of documents.