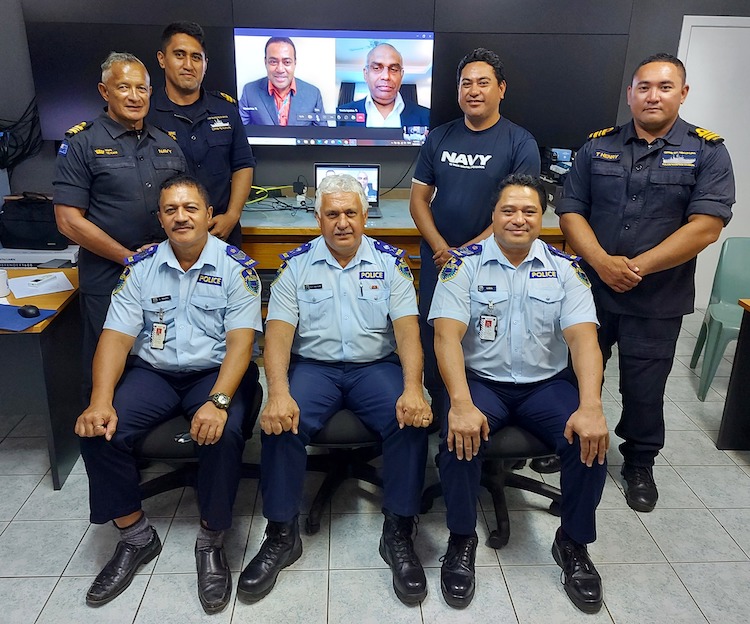 Acting Police Commissioner Akatauira Matapo with members of the Maritime Division during the virtual presentation on Wednesday. POLICE MEDIA/21040801

The upgrade comes thanks to the Global Maritime Crime Programme (GMCP) of the United Nations Office on Drugs and Crime (UNODC).

The IT equipment will benefit the national efforts to strengthen maritime law enforcement capability, and combating illicit maritime activity in our EEZ and around the Pacific, Matapo said.

Small island countries need to monitor and keep building their capability through training and utilising advanced technology to manage the threat of crime in the region, including the sea trafficking of drugs and illegal fishing.  The police will be better placed to monitor the Cook Islands’ EEZ and work closely with its international partners in the surveillance of the broader Pacific region.