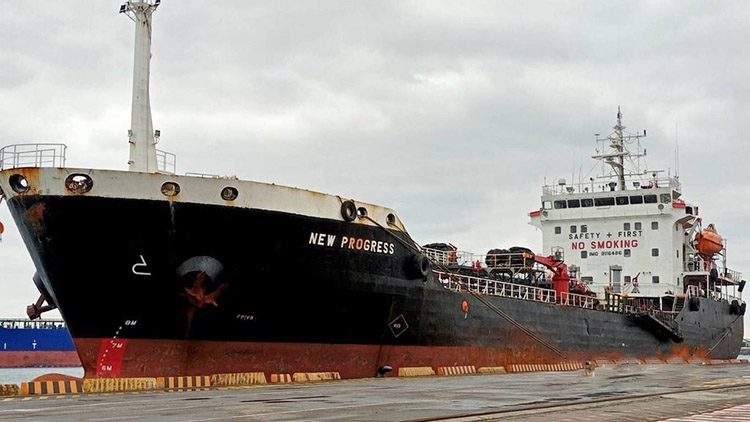 Marine Cook Islands should investigate the death of a crew member on a Cook Islands registered vessel, says a former detective.

Retired detective Rod Henderson believes somebody in the Cook Islands needs to investigate the death of a crew member onboard a Cook Islands registered vessel.

Earlier this month, according to the Coast Guard Administration (CGA), the oil tanker ‘New Progress’ was in waters northeast of Taiwan when a stabbing incident happened.

Maritime Cook Islands said they have contacted their Singapore agent for an incident report and once they understand the circumstances, then they will decide on whether or not they need to investigate further.

The stabbing incident resulted in the death of a Burmese sailor who was onboard the foreign oil tanker and according to Taipei Times, a call from the Cook Islands-registered New Progress was received at about 6pm on Friday January 1, when the vessel was in international waters off the coast of New Taipei City’s Shihmen District.

The deceased is a 27-year-old man, identified as Wai Phy Aumg, who was flown to Taipei International Airport (Songshan Airport) after being allegedly stabbed by another crew member. He was declared dead on arrival at a nearby hospital.

The case is outside of the Taiwanese Coast Guard Administration’s jurisdiction, as the vessel was not in Taiwan’s territorial waters at the time, the vessel is not owned by a Taiwanese company and the crew members are foreign nationals.

Henderson said under the United Nations Convention on the Law of the Sea, Article 94: Duties of the flag State - Section 7: “Each State shall cause an inquiry to be held by or before a suitably qualified person or persons into every marine casualty or incident of navigation on the high seas involving a ship flying its flag and causing loss of life or serious injury to nationals of another State or serious damage to ships or installations of another State or to the marine environment. The flag State and the other State shall cooperate in the conduct of any inquiry held by that other State into any such marine casualty or incident of navigation.”

Henderson said the Cook Islands has the responsibility to investigate or get assistance from other countries if they want.

“Because the high sea is no men’s land, the only way is the ship registered where and, in this case, the Cook Islands has the jurisdiction to investigate the case, it is to be heard here. Somebody has to investigate whether it was murder or self-defence.”

An update on the case from Maritime Cook Islands was yet to be received when this edition went to print last night.