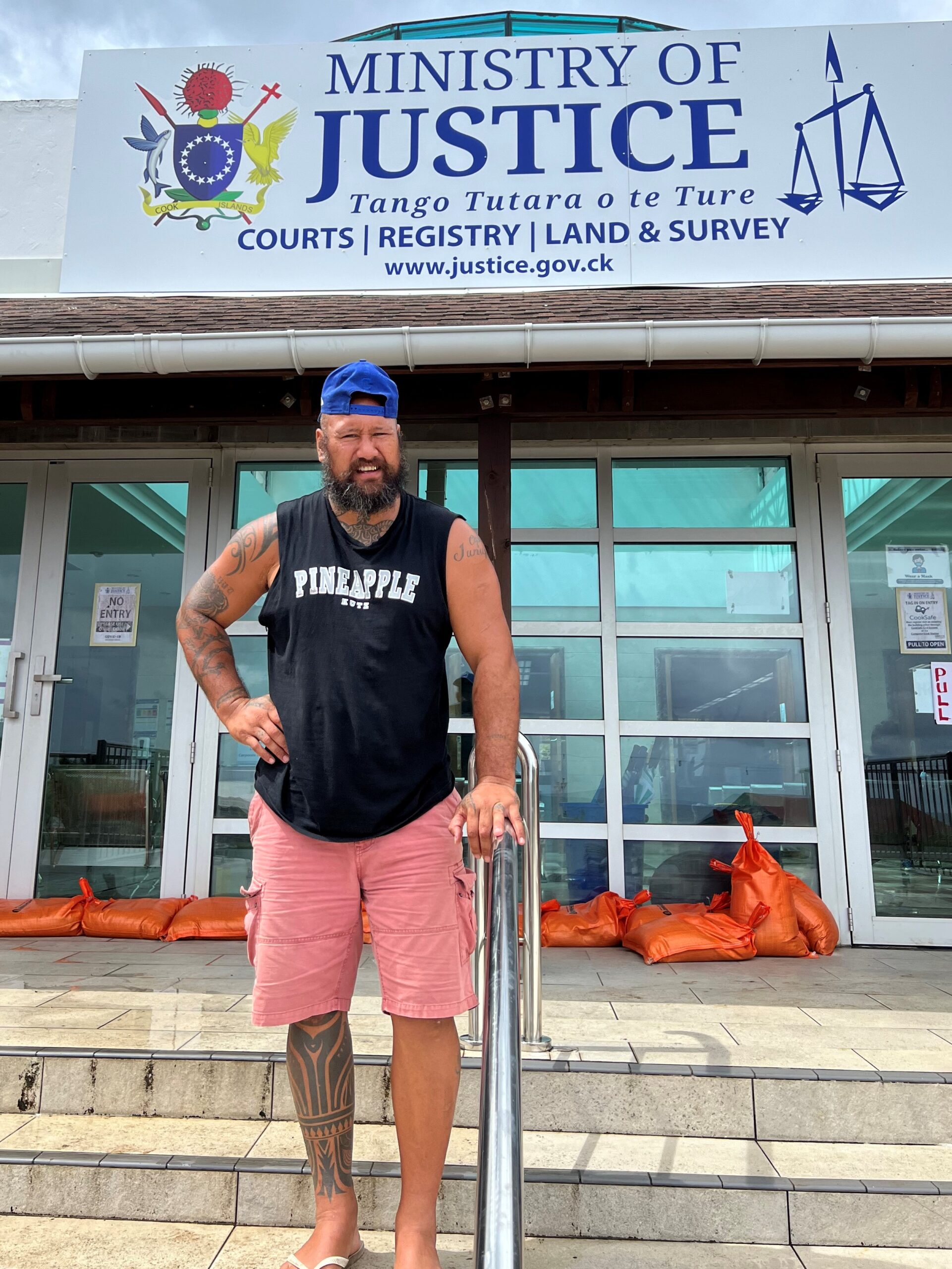 Oswell Tunupopo stands outside court after having charges for breaching a quarantine order dropped on Tuesday. PHOTO: CALEB FOTHERINGHAM/22020802

A man forced to spend two days in prison has had charges for breaching Managed Isolation and Quarantine (MIQ) order dropped.

Oswell Tunupopo’s charges were dropped by Crown Law on Tuesday in the Criminal Court at Avarua.

Crown lawyer Jamie Crawford said although there was sufficient evidence to proceed with the case, the charges were withdrawn due to “a lack of public interest”.

Tunupopo’s charges followed two incidents in October 2021 at the Edgewater Resort and Spa on Rarotonga.

The first charge was because Tunupopo and his family left their room to exercise at the wrong time.

The second charge was for Tunupopo going to the beach with his children, despite other people in MIQ also being at the beach.

Speaking to Cook Islands News outside the court Tunupopo said both small mistakes were a result of miscommunication.

“It's not like we were taking off home, it was just a simple misunderstanding.”

He said when his family went to exercise at the wrong time, staff at the facility told the family to return to their room, and they complied immediately.

“I spent two days in jail for this, I went from MIQ straight to jail and my kids and my wife cried and I took it on the chin because I knew I was right,” he said.

“These two simple breaches were just a miscommunication.

“I didn't go home, I didn't go anywhere, it was a simple little thing that was blown out of proportion.”

Tunupopo said the communication for MIQ was poor, even prior to landing in the Cook Islands.

A woman who stayed in the room next door to Tunupopo during MIQ also outlined her confusion around MIQ in a letter of support.

“Our first exercise time we walked from the villas (as I was stationed in villa nine) down to the beach and around the block of rooms on the beachfront.

“On the second day we were not allowed to go to the beach, but only on the roadway around the villas.

“A few days later, it was allowed to go back down the beach,” the woman said in the letter given to Cook Islands News.

Tunupopo’s lawyer, Mark Short said the charges his client faced were challenged to ensure future MIQ instructions would be made very simple.

“It has to be done in very, very simple language and in both languages,” Short said.

He said based on the MIQ records there were numerous other breaches other than Tunupopo’s, which were all a result of people not understanding the rules.

Short said a lot of the issues were resolved towards the end of the Cook Islands MIQ system in late November and December last year, as a result of trial and error.

Tunupopo said apart from the miscommunication, MIQ at the Edgewater was a good experience.

In court after the charges were dismissed, Justice of the Peace Tangi Taoro, who presided over the case, allowed Tunupopo to speak, who said he was just happy it was all over.

“We can get on with our lives, it's a relief for me and everyone else,” he said.