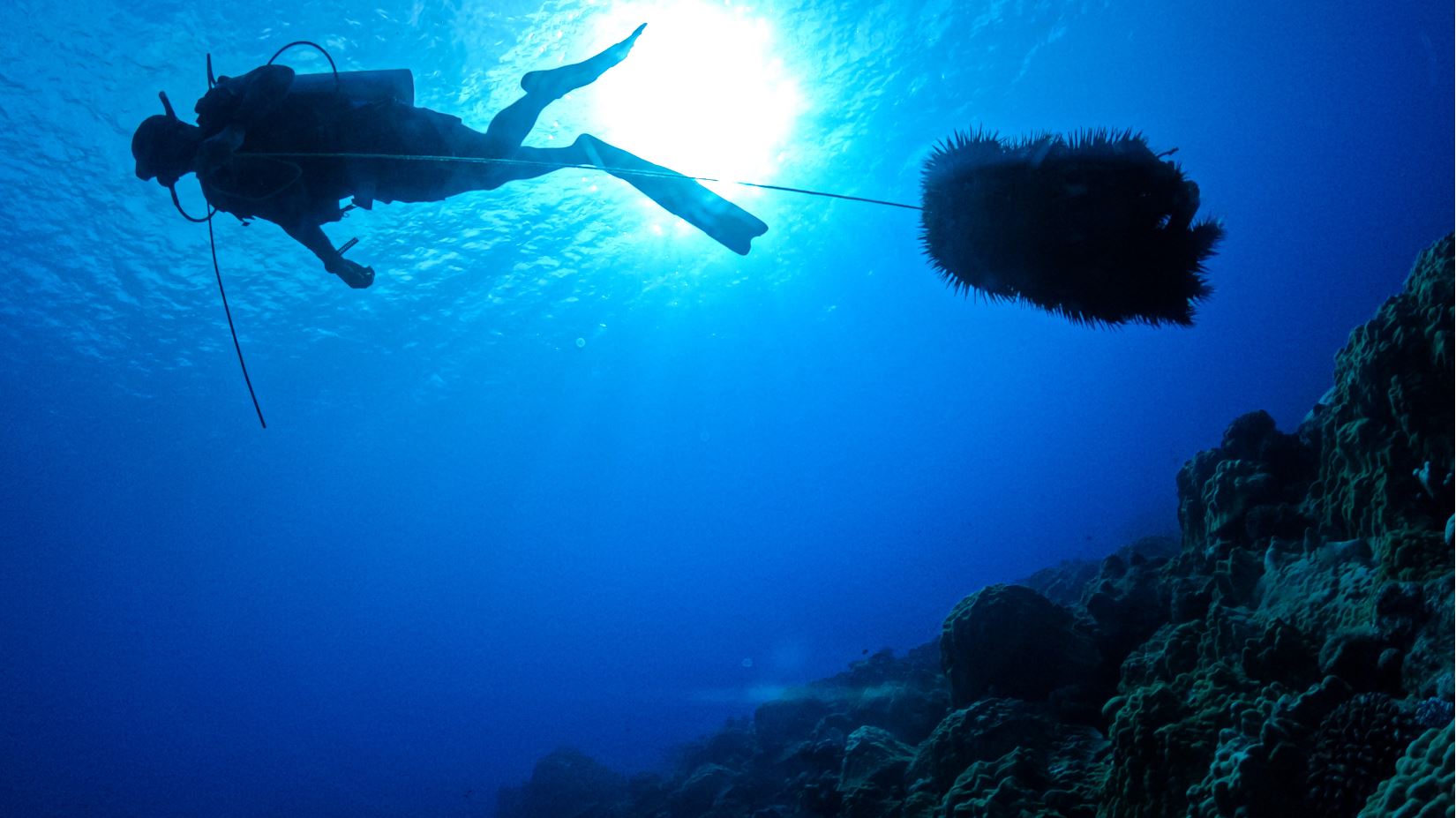 A combined effort to eradicate crown-of-thorns starfish in the Cook Islands will see multiple organisations converge on Avatiu in collaboration.

Volunteers are being called on, including scuba divers, free divers, boaties and data collectors.

Rongo said the invasive starfish kill coral reefs, and the focus of Operation Taramea, is on reefs between Avarua and Arorangi.

“This threat can kill an entire reef.”

He said there had been valuable lessons learned from previous outbreaks in the 60s and 90s, some of those details documented by Dr Rongo, in his writing.

“We were able to contain it between Avarua and Arorangi.”

Operation Taramea has been on-going since 2020 when the recent outbreak was discovered on Rarotonga.

A dedicated team of local volunteers, and especially ‘Ātui’anga ki te Tango students have been waging a battle underwater for the past three years to keep the taramea from wiping out coral reefs and coming into the lagoon areas.

The team have removed more than 5000 taramea to date.

“Efforts are stepping up now so that we can remove as many as possible before their spawning season coming up in the summer months.

“To date, we have seen a dramatic decline in the tarameapopulation, and with this effort we have saved over five rugby fields of coral from being destroyed per year.”

To eat, they slide their stomachs out through their mouths to digest the coral’s living tissue.

When there are too many of them in an area, the rich colours and textures of a healthy reef are replaced by a dull seascape of coral skeletons, where few other species can survive.

Underwater, when the divers spot one of these coral-consuming predators, they slide their stick underneath to dislodge it, stow it in a mesh bag, and continue the hunt.

When the diving’s done, the team brings their catch ashore. Later, they’ll bury the starfish whole as fertiliser in gardens, compost, and under plantings of the native ‘ūtū (king banana, Musa troglodytarum).

These gardens are part of the Kōrero O Te `Ōrau (KO)’s reforestation and food security project.

Taramea normally reside in the deep ocean around Rarotonga, but over the past half-century, the island has experienced several outbreaks.

The cause is uncertain, but it’s likely to be anthropogenic and influenced by factors such as nutrient runoff from agriculture and sewage and/or dwindling populations of the starfish’s natural predators, which include species such as the humphead wrasse (Cheilinus undulatus) and the whitespot pufferfish (Arothron hispidus).

Anyone keen to get involved on Thursday should turn up at the Avatiu boat ramp about 1pm and/or register form more information by email: korerooteorau@gmail.com