Hospital with jacks of all trades 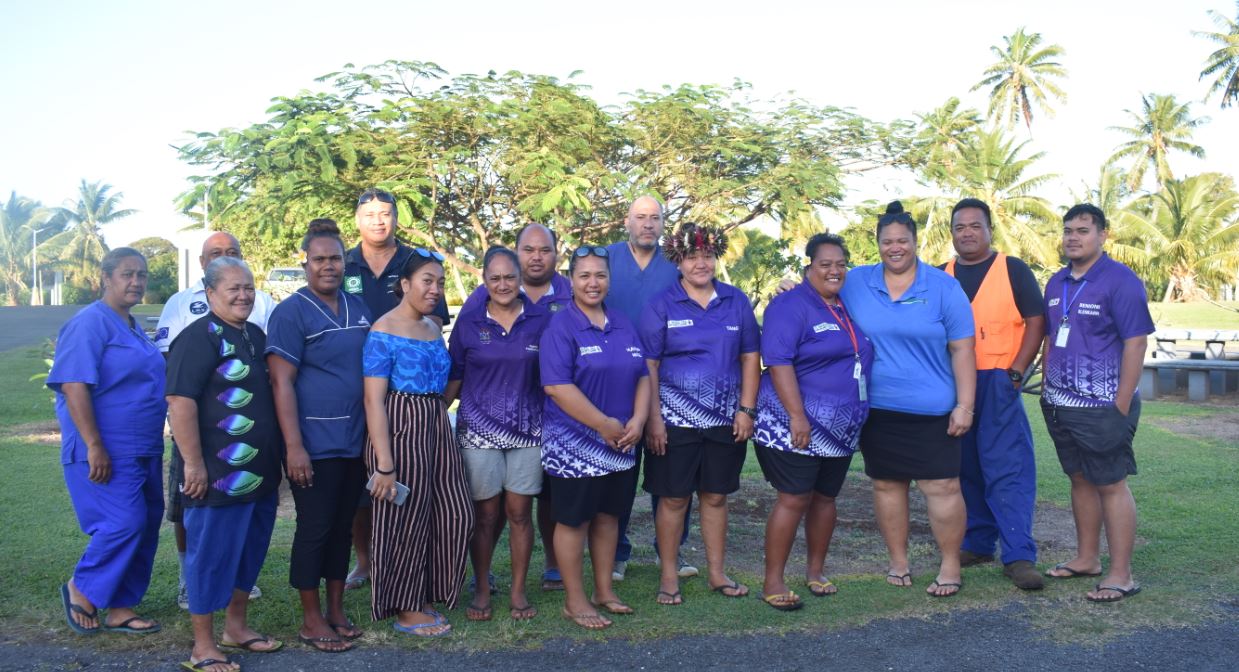 Healthcare on an island such as Aitutaki is never straightforward, says Aitutaki Hospital manager Mareta Mose.

“The work is never planned – anything can happen at any time,” Ms Mose says.

The morning meeting with New Zealand Doctor Rata Aotearoa had been rescheduled; she was called to a healthcare emergency and organised a medical evacuation.

“It’s not easy,” she says, “we’re extremely limited by both our resources and staff.”

But Ms Mose says everyone works together and plays their part, filling gaps across departments where they can.

For Aitutaki Hospital, perhaps more so than Rarotonga Hospital, staff recruitment and retention are constant issues.

Located 264km from Rarotonga, Aitutaki is the island home of about 2000 people, and the hospital is the only source of healthcare. It’s staffed by a team of 80, including two doctors and 13 nurses.

One main road leads from Ootu Beach across to the airport, then down to the hospital at the other end of the island. The drive from the beach to the hospital takes about 15 minutes.

Nearly all the hospital staff have roots in Aitutaki, including Ponia Solomona, who is one of the island’s two doctors.

After training as a doctor in Fiji, Dr Solomona moved in the early 2000s from Rarotonga Hospital to New Zealand’s Waikato Hospital, where he was a senior house officer in anaesthetics.

He returned to Rarotonga before pulling the pin on medicine and moving to Australia, where he spent 20 years.

But, at the start of 2022, home was calling, and he returned to work for his people, joining Fijian doctor Helen Heimoana.

In Aitutaki, everyone knows everyone on the island, making for a close-knit community.

The problem is, “if someone sees you coming up to the hospital, the word spreads fast”.

This has huge implications, particularly for sexual health, like contraception, treatment for sexually transmitted infections, or unwanted pregnancies. People will avoid presenting at the hospital for fear of being talked about in the local community.

Staff reassure that all consults are confidential, but sometimes see patients outside of normal work hours to make them feel safe and comfortable.

Ms Mose says she finds her job exciting. She arrived in the role in June after being acting manager for six months and, prior to that, receptionist and administrator.

Along with the administration and organising medical evacuations to Rarotonga, she works on hospital projects, manages rosters and leave, and ensures maintenance issues are taken care of.

She also coordinates patients being sent to Rarotonga for consults with visiting health specialists from New Zealand.

These visits were significantly affected by the Covid-19 pandemic and did not take place for two years. Now, there’s a backlog of people requiring specialist care, says Ms Mose, and it will take time to clear, as capacity is limited.

“The eye specialist, for example, can only take 50 people across Rarotonga and the (outer islands) Pa Enua. But we have 28 here in Aitutaki alone who need surgery for cataracts. So, we have to prioritise.

“We have a very upset community – they understand it is because of Covid-19 but … I feel sorry for them,” Ms Mose says. Any patients that can’t be treated on the island, such as those needing surgery, are referred to Rarotonga Hospital.

The pandemic led to closure of Aitutaki Hospital’s maternity department – it was turned into an isolation ward. Antenatal care can still be provided at the hospital, but pregnant women must travel to Rarotonga to give birth.

Women typically leave when they’re at about 36 weeks’ gestation, and stay with family in Rarotonga. Some leave children behind for what may be a stay of one to six weeks.

Nurse Metua Tuarae would like to see the maternity department reinstated, saying this is needed, especially for women who go into labour in the middle of the night, or prematurely.

Workforce challenges rear their head on Aitutaki: “Our youngest midwife (and nurse) is 42 and most of our nurses are past retirement age. We need young fresh blood.

“But there are not many young people interested – health careers are not seen as desirable.” Factors include the isolation, limited resources, low remuneration, and likelihood of being on call 24/7.

Every day, one nurse of the current eight at Aitutaki Hospital will be rostered on after hours, responsible for everything across the ward and emergency department, says Ms Tuarae.

Charge nurse Lee Marie is constantly shuffling rosters to mitigate absences, whether due to a patient referral, or a staff member on annual or sick leave. Often, Ms Marie steps in herself to work the extra hours.

The sad truth is that Aitutaki and the rest of the Pa Enua are often an afterthought, says Ms Marie.

“We get the leftovers – for two years we had no gauze and were unable to appropriately address wounds. But the team tries their hardest for their patients…

“There’s lots of discussion, teamwork and collegiality. We’re like brothers and sisters here.”

Every morning the team rostered on meet together at 8am for their daily devotions – where they share a prayer and discuss any notices before going about their day.

“Jack of all trades” comes to mind: a pharmacy technician runs the pharmacy department and the laboratory, and does x-rays. The maintenance officer is a builder, plumber and electrician, and Ms Mose says he also helps with IT and with transferring patients to and from the hospital.

All team members say they spread healthy lifestyle information in the community and, from the doctors to the groundsman and the cook, they tell New Zealand Doctor of their passion for the job and doing their best for their people.

Zahra Shahtahmasebi travelled to the Cook Islands on a nib health journalism scholarship which was awarded at last year’s Voyager Media Awards. The article is republished with permission of New Zealand Doctor Rata Aotearoa.