A life-long love of travel and tourism

Saturday 14 May 2022 | Written by Al Williams | Published in Features, Weekend 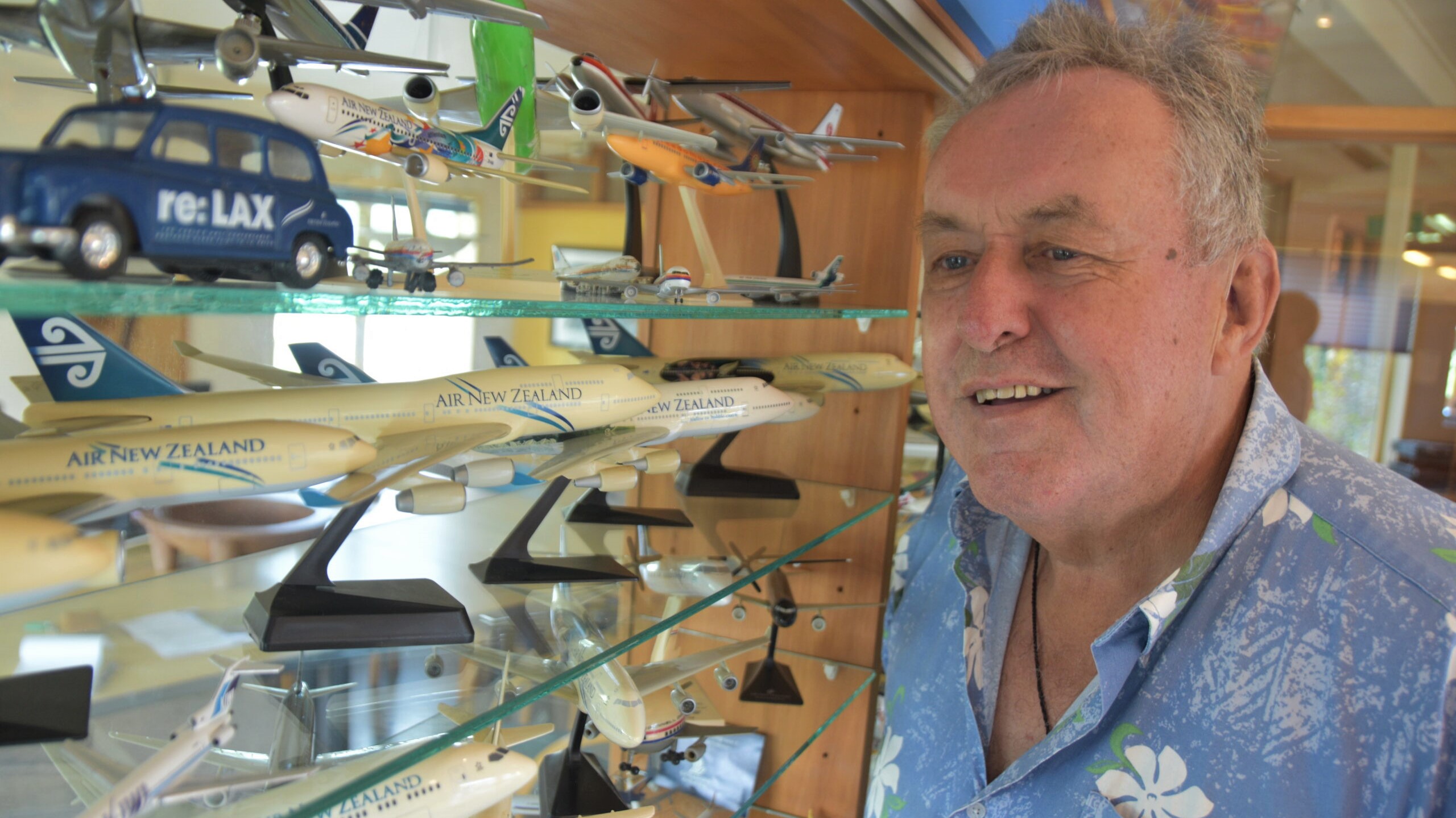 Robert Skews has collected close to 300 model aircraft over the course of his 50-year career including a number of Air Rarotonga models. PHOTO: AL WILLIAMS/22051340

Robert Skews has lived a life and love of travel and tourism. Rarotonga has been his home for more than 30 years.

Robert Skew, 71, is a born and bred Cantabrian . . . a “one-eyed Cantabrian” as he jokingly describes it.

“I grew up in Christchurch, lived in Barrington St, and went to Somerfield School in Cashmere.”

Skews completed his secondary education and “didn’t know what to do”.

He figured he would work at a bank then an Air New Zealand cadet management position came calling.

That was the start of a career in travel and tourism that now spans five decades and a passion.

The passion extends to a model aircraft collection.

He started collecting them about the same time he started keeping a record of his air miles.

“Since then I have collected models when I have been travelling and working over the years and have now 289 models, many bought on aircraft I was travelling on, some from shops and few given to me.”

There are stories associated with some of the planes.

The Air Niugini aircraft – painted as one of the birds of paradise from Papua New Guinea.

Sina – Polynesian Airlines first jet, from when Skew was seconded to work there in 1976.

“Then there are the airlines I have flown and no longer exist, Pan Am, TWA, UTA and many others.”

He says he has the full Air New Zealand fleet from 1990.

The Air Bus Beluga and Air Rarotonga Bandierante are his favourites.

“It’s just something personal,” Skews says of the collection.

The passion also continues in his professional life.

“It was May 1990 when I started Island Hopper Vacations with then partner Air Rarotonga.

“I still work very closely with them but we are no longer connected financially.”

He had been working with Air Rarotonga and Hawaiian Airlines in New Zealand prior to his move to Rarotonga.

Since then he has managed and grown the company, specifically the Northern Hemisphere market for the Cook Islands, “working with tourism and facilitating higher yield markets to travel to the Cooks”.

“Just being here and part of a large community that works as one is what I love about the Cook Islands.”

Covid-19 has been hard on the business.

He says travel and tourism got into his blood as soon as he started at Air New Zealand in 1969.

He moved around the Pacific in the early years of his career.

While spending four years as a commercial trainee studying all aspects of commercial areas with Air NZ, he went on to spend six weeks “on loan” as a travel agent in the Cook Islands in 1975.

Skews was then seconded to Samoa in 1976 to be responsible for reservations, sales and training at Polynesian Airlines.

He left Air NZ in 1982 to work at Air Niugini in Papua New Guinea.

“I was employed initially as a manager for retail offices in Kieta and Port Moresby.

“Then I worked as a ports manager supporting domestic operations in the 19 offices.

“I also introduced training programmes for local staff in areas of ticketing and sales.”

Skews was then promoted to marketing manager responsible for domestic and overseas marketing.

In 1990 he joined Rodney Walshe, a sales agency company, as New Zealand manager for online airline operations, firstly for Hawaiian Airlines, and then also Air Rarotonga.

“The biggest attribute I think I have is my ability to listen.

“When I came to Rarotonga in 1990, we became the catalyst for maintaining the European market.”

He promotes the Northern Hemisphere market, saying it’s not about numbers but about “the yield on the length of stay”.

“We got to 2019 and it was all numbers, we are still a little bit numbers focussed.

“The Cooks can’t sustain these numbers; we need to work on yield.

“It comes down to knowing your market and the people you deal with.”

As a former chairman of South Pacific Tourism Organisation, president of the Cook Islands Travel Industry Council and board director of Cook Islands Tourism Corporation, Skews says 2022 is a “key moment” in tourism.

“Covid-19 is an opportunity, it is a game changer.”

He points to the Pa Enua as an emerging market, adding there needs to be supporting business and infrastructure.

“Things are going to be different.

“We have to be ready to go left, right, and do somersaults.”