What the story of Mātini teaches 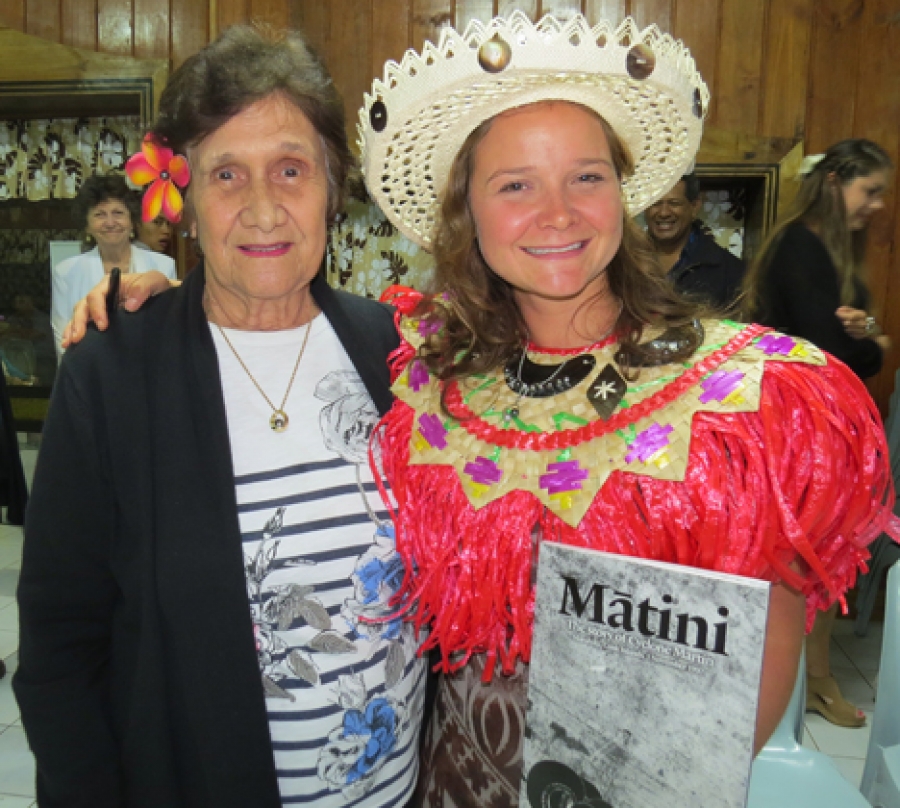 Rachel Reeves, the author of Matini: The story of Cyclone Martin, with her grandmother Pauline Napa at the book blessing ceremony in 2015. FILE/22102115

Twenty-five years ago, Cyclone Martin hit Manihiki. Rachel Reeves, the author of ‘Mātini: The story of Cyclone Martin’ writes about why we should remember.

The first of November marks 25 years since Cyclone Martin sent waves taller than the coconut trees over the sea-level atoll of Manihiki. Twenty-five years since the storm divided the atoll’s history into two distinct blocks: before Martin and after Martin.

A lot can happen in 25 years. People who were babies when the waves came now have their own babies. A lot of survivors rebuilt their lives in cities far away. Some died of old age.

For the people who watched the waves engulf life as they’d known it, the memories are always near. As weather events intensify, it’s urgent and important for the rest of us to remember, too.

Seven years ago, I had the honour of being part of a team that made a book about Cyclone Martin. I spent many hundreds of hours with people who carry the pain of the cyclone. I felt its weight. I also felt the mana of the people I interviewed. The resilience. The faith. The spiritual strength. Writing Mātini changed my perspective.

And that’s the thing about stories – when we feel them, they change us. Scientists have proven stories affect our brains and bodies in ways that make us feel what the characters in them are feeling. When we feel a story, we remember it. Studies have even proven stories can change the way we behave.

This research supports what the ancients always knew. Religions, worldviews, and cultures have been shaped and perpetuated by stories since the beginning of time.

For people who survived Martin, stories were quite literally a matter of life and death. Some took the storm warnings seriously because they remembered their grandparents talking about a storm that swallowed the land in 1914. Though a storm like that hadn’t occurred in nearly a century, people knew what to do. They tied their boats to coconut trees because they’d heard stories about their ancestors doing that when the sea came into the village.

The story of Martin has much to teach.

For thousands of years, people of islands and atolls prepared for cyclones. They buried fish and uto so they’d have something to eat if crops were wiped out. They watched the sea and sky and could discern subtle shifts in weather patterns. They told stories in order to share what they’d learnt with the generations that followed.

“If you want to live in the islands, in the tropics, cyclones are part of the experience,” one survivor, who rode out the storm in a boat in the middle of the lagoon, told me when I interviewed him. “We have to make ourselves resilient to that. Our parents and grandparents have always been resilient to that.”

The climate has always changed, though not as dramatically and rapidly as it is changing because of the impacts of the modern societies humans have built. Pacific people adapted to change because they paid attention. The story of Mātini reminds us to pay attention.

Another lesson we can learn from the cyclone is that we heal in song, in laughter, in community. And perhaps most importantly, Martin reminds us we’re not in control. It reminds us that life is tenuous, impermanent, perishable as the fare pora – the hut of coconut fronds. It reminds us that every day is a gift.