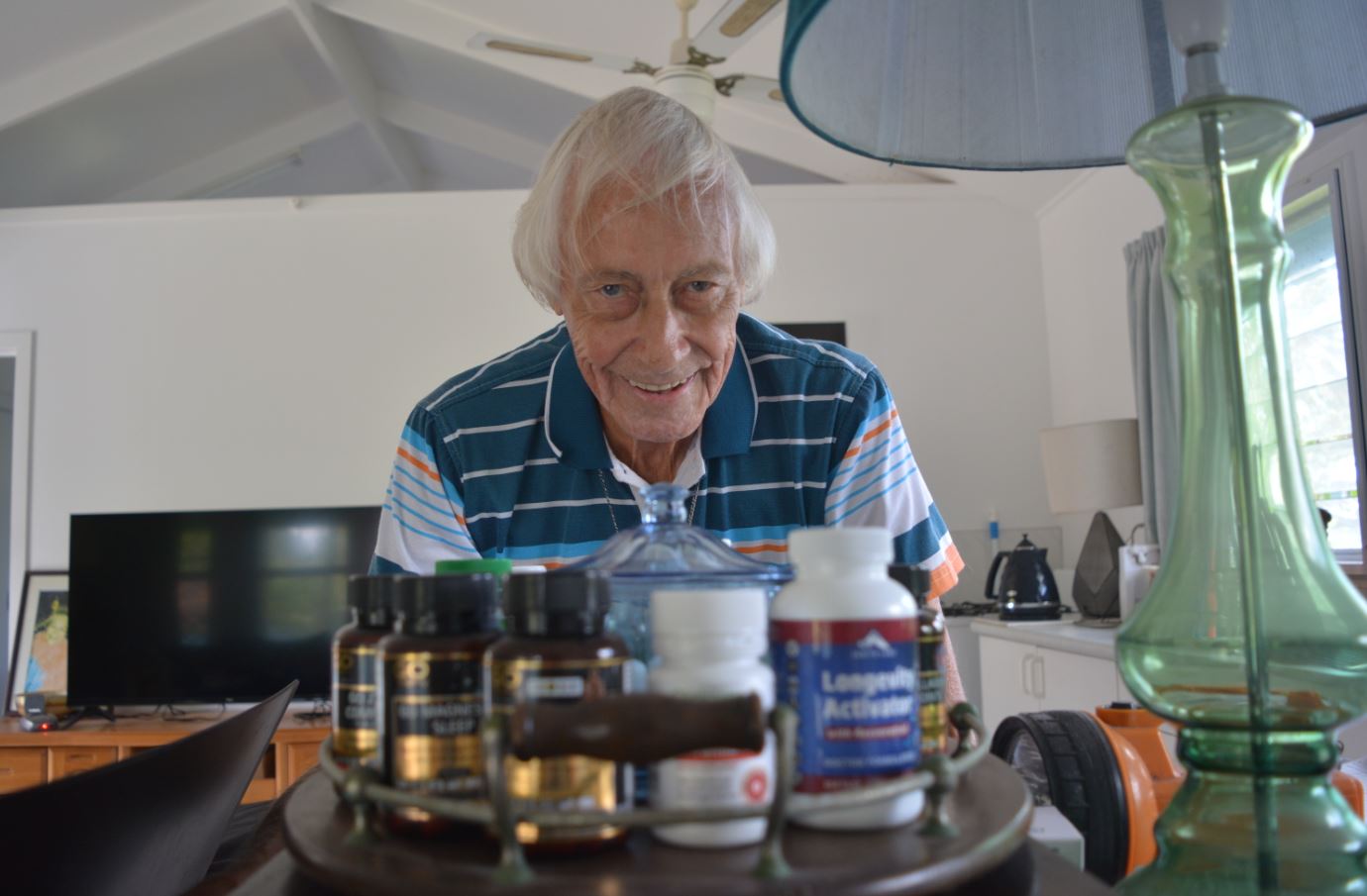 Garth Young is working his own programme in an effort to stay healthy. 22102101

Veteran musician Garth Young is about to blow out the candles as he nears 90. The past couple of years have seen him make significant lifestyle changes as the work dried up during Covid-19. He’s starting to reap the benefits.

Garth turns 90 on November 11 and believes he’s defied the sceptics.

It’s been a long life of late nights, early mornings, large drinks and lots of cigarettes.

He’s been a workaholic at times, spending much of his career serenading Rarotonga with his piano music.

Before that, Garth worked on many of the New Zealand pop hits of the 1960s through his recording and arranging work with record labels such as Viking Records, Phillips, and EMI.

Before coming to the Cook Islands, Garth was perhaps one of the hardest working men in Kiwi show-biz.

A dedicated and talented pianist, musical director, and music arranger, much of his work would have served as the soundtrack of New Zealand music in the 1960s and 70s.

He provided backing for countless, well-known hit singles and best-selling LP’s, but upon fleeing to Rarotonga to take a break from the thrilling buzz of his busy career, he fell in love with the place and since then made a life for himself here, playing sweet piano music wherever he went and contributing immensely to the musical industry of the Cook Islands.

He left NZ permanently for the Cook Islands in 1980, a move he says, literally saved his life.

The lavish lifestyle continued to a certain extent as he continued entertaining, up to six nights a week.

Covid-19 finally put a stop to it and signs of fatigue set in.

Garth says he was then encouraged by a number of people to get active and change his diet.

And so he did.

Looking at his daily diary, in which he keeps a record of his distance walked, sleeping patterns and meals, makes impressive reading.

Up to 20 kilometres of walking on some days – and he’s feeling better for it.

His children, a son and a daughter, are both coming to Rarotonga for his birthday, and bringing him a new electric piano.

He plans to start work again, entertaining at various venues around the island, but has no plans to slip back into old habits.

“I stopped work when Covid-19 came in 2020, then I sat down like a slob, I then realised I was barely able to stand up after a while.

“I decided I had to start moving; the first walk I did was 100 metres along the road to where my late wife Maurine is buried.”

Garth says he was told by a doctor there was nothing he could do about his ailing health, so he set about working his own programme.

“I then set about getting a second opinion and doing my own research.”

As he worked his own programme, looking at natural alternatives, combined with exercise and diet, he sought more opinions.

Garth says he was then told by medical professionals: “‘We don’t know what you’re doing but keep doing it’.”

“I’m on my second pace maker, but my heart is normal now.

He attributes the turnaround, mainly to getting active, being out and about walking.

“I got rid of hyper-tension.”

Garth reflects on decades of life on stage, at a piano.

“Being a musician, you tend to drink and smoke a lot. I smoked 100 cigarettes a day, working ridiculous hours.

“When I was out playing music, it was always booze on the house and large quantities of spirits, dark rum and coke by the gallon, whiskey and milk for breakfast.”

Now he says, “cut out the sugar and cut down alcohol intake”.

Garth has also cut out certain medications in his quest for health, and says his diabetes is now in recession.

“I used to drink everything except water, I’m drinking water by the gallon now.”

He swears by garlic, it’s a must have, Garth says.

“I go through a bag of garlic every two weeks, I have it chopped up and raw.

“I threw out all my sugar, butter cream and red meat.

“I also have a lot of olive oil, two table spoons in the morning, and a table spoon of ground flaxseeds.

“My mood is excellent.”

Garth says he still enjoys a red wine now and then.

“I’m quite happy without booze, I will have some booze on my ninetieth.”

He has advice for those of us feeling the effects of age.

“First of all, get moving, just do a little bit.

“I look forward to each day.”