The world has stopped spinning 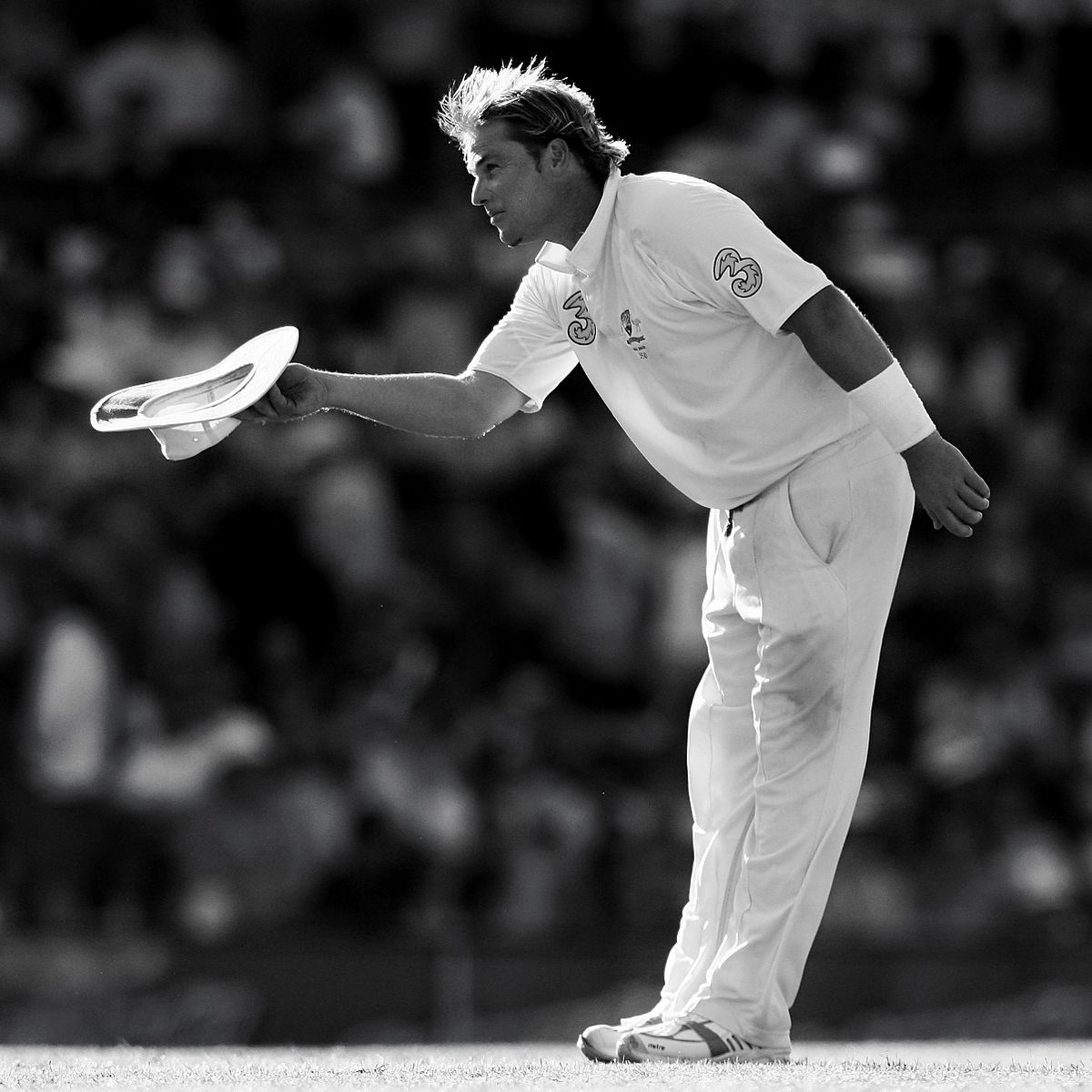 As the world comes to terms with the sudden death of arguably the best spinner to have ever played the game of cricket, Rahul Patil writes about a gifted genius who genuinely tried his best to make a difference in people’s lives by giving way more than what he received.

Every single person that met Shane Warne has a Shane Warne story to tell. I have one of my own too. On a glorious day in Wellington in 2011 he was part of T20 match organised to raise funds for Christchurch after the devastating earthquake on February 22 that year. Fielding on the boundary he was signing autographs between deliveries. I called out to him and requested for a picture. The security guards manning the area shook their heads in disapproval but Warne requested them to let me onto the playing surface and happily posed for a photo with me.

He asked me my name and on knowing it was Rahul cheekily added “No pressure mate but you have big shoes to fill”, referring to the Indian legend Rahul Dravid. He asked me where in India I was from and when I said Goa, he said he remembers it as it’s a beautiful place and they won a game against India there. I was in his presence for about a minute but for that one minute he made me feel like I was the most important person in the world. He didn’t need to be that nice but that’s who he was – making connections, touching lives, inspiring others and leaving his mark on people wherever he went.

Roger Federer was born to play tennis, Meryl Streep was born to act, Freddie Mercury was born to sing and Shane Warne was born to bowl leg spin. He could turn the ball a mile but the control he displayed over his craft was absolutely stunning. He didn’t have a very good googly but he made up for it with his flight, drift, dip and varying speeds. His flipper was the best in the game and no matter what the situation was, every time Warne had the ball in his hand Australia still had a chance.

His greatness lies not in the 1001 international wickets he picked up in his career but in the fact that he got a majority of them in Australia where conditions aren’t the most spin friendly. Remember that his teammates around him were also clocking incredible numbers at the time; Glenn McGrath (949 international wickets), Jason Gillespie (402), Brett Lee (719) which makes his achievement even bigger considering the limited opportunity he had being part of such a great bowling attack.

Warne had tremendous belief in his own abilities. It was this confidence that helped him achieve extraordinary things in his career, after an extremely poor start to his international career where his numbers were 1/335 after the first four innings that he bowled in. He first showed the world a glimpse of his brilliance picking up three wickets in 13 balls to win a test for Australia in Sri Lanka. In the 1996 ODI World Cup semifinal when West Indies were cruising to victory, Warne singlehandedly turned the game around picking up 4/36 and took Australia to the finals. He was instrumental in Australia winning the 1999 World Cup in England and was man of the match in both the semifinal and final. Warne believed he could win a game from any situation and never stopped trying.

Shane Warne was a Rockstar. In an era where spin bowling in general and leg spin in particular was a dying art, he singlehandedly pumped life back into it. He made spin bowling look cool and sexy. Before Warne the word aggressive was used either with hard hitting batters or tall strong fast bowlers. But like he did all through his career Warne challenged the narrative and showed the world that spinners could be aggressive too. Suddenly kids in every corner of the world wanted to bowl leg spin and I am sure that any kid playing cricket in the 90s anywhere in the world would have tried to imitate Warne’s action at least once.

Apart from testing the skill of batters all around the world, Warne tested their minds too. He was brilliant at creating drama on the field and used his whole larger than life persona to add to the nerves of the batter. He was nicknamed ‘Hollywood’ for a reason. He made batters wait while he discussed field settings with his captain. The surfer-blonde locks, the zinc on the nose and lips, the earrings, the stone cold blue and green eyes always watching the batter like a hawk, the pause at the top of his bowling mark, the slow measured approach towards the crease, the explosion of energy in the delivery stride, the snap of the wrist, the revolutions on the ball making it fizz like a cobra, the aggressive follow through and then finally the facial reaction after bowling the delivery. It was all straight out of a Hollywood blockbuster. If cricket was a movie, Warnie was definitely James Bond.

The Rockstar lifestyle though came with its share of on and off field controversies. From sharing pitch and weather details to a bookie to extra marital affairs with multiple women. From a doping suspension to breaking non-smoking contracts, Warne went through it all. But what stood out was the way he came back stronger after each setback. His apologies were always genuine and he had the uncanny knack of winning people over time and again. You just couldn’t be angry with him or hate him for long.

One always knew where they stood with Shane Warne as he called a spade a spade. He would always speak his mind without worrying about the consequences. Warne didn’t believe that coaches added much value to teams and his frequent clashes with John Buchanan are well documented. He also strongly believed that anyone could have captained Australia in the late 90s and early 2000s. They would have still produced the same results because of the high calibre of the team. A proud Australian, Warne loved representing Australia but he didn’t like the obsession with the baggy green calling it an uncomfortable and clumsily designed cap. He instead preferred wearing his white floppy hat while playing as it was more practically designed and comfortable.

Post retirement from cricket Warne was a regular in the commentary box. There too he spoke his mind on team selections, tactics and regularly questioned various aspects of the game. He took on Cricket Australia a number of times when he didn’t agree with the way they ran things. Although his comments were controversial, they always came from a good place and sometimes when he got it wrong, he had no shame in accepting his mistake and apologising. There are some amazing instances when Warne made on camera suggestions about field placements and tactics which have resulted in batters being dismissed immediately when implemented. Ian Chappell once said that Warne was the best captain Australia never had.

Amongst all the test playing nations Warne’s record against India was by far his poorest. But he always had a special connection with India. He loved the passionate Indian fans and they loved him back even more. During his playing days he publicly declared having nightmares about Sachin Tendulkar. The fans loved his honesty and the fact that a champion like Warne was mortal like the rest of us. It endeared him to them even more.

After his retirement from international cricket, Warne decided to play in the IPL (Indian Premier League) and was made captain of the Rajasthan Royals. In the first edition of the tournament, the Royals were arguably the weakest team. But such was the charisma and leadership of Warne that he led a team of youngsters to their only IPL title till date. Post that first IPL Warne’s popularity in India went through the roof and continues till date.

Warne did a lot of charity work all over the world. He was instrumental in the rebuild of the Galle Cricket Stadium in Sri Lanka after it was destroyed by a tsunami in December, 2004. He also raised and donated millions to people whose lives had been affected by the tsunami. Warnie had a big heart and it was in the right place too. Who would have thought that a guy with so much place in his heart for others would one day pass away due to a heart attack? But such is life and Michael Vaughn summed it up beautifully by saying that heaven will be a lively place now because the king has arrived. For me though it still feels like the world has stopped spinning.

I assume he was vaccinated as it is well known now that these mRNA vaccines cause myocarditis amongst a plethora of adverse effects. Hopefully we can learn from his mistake.