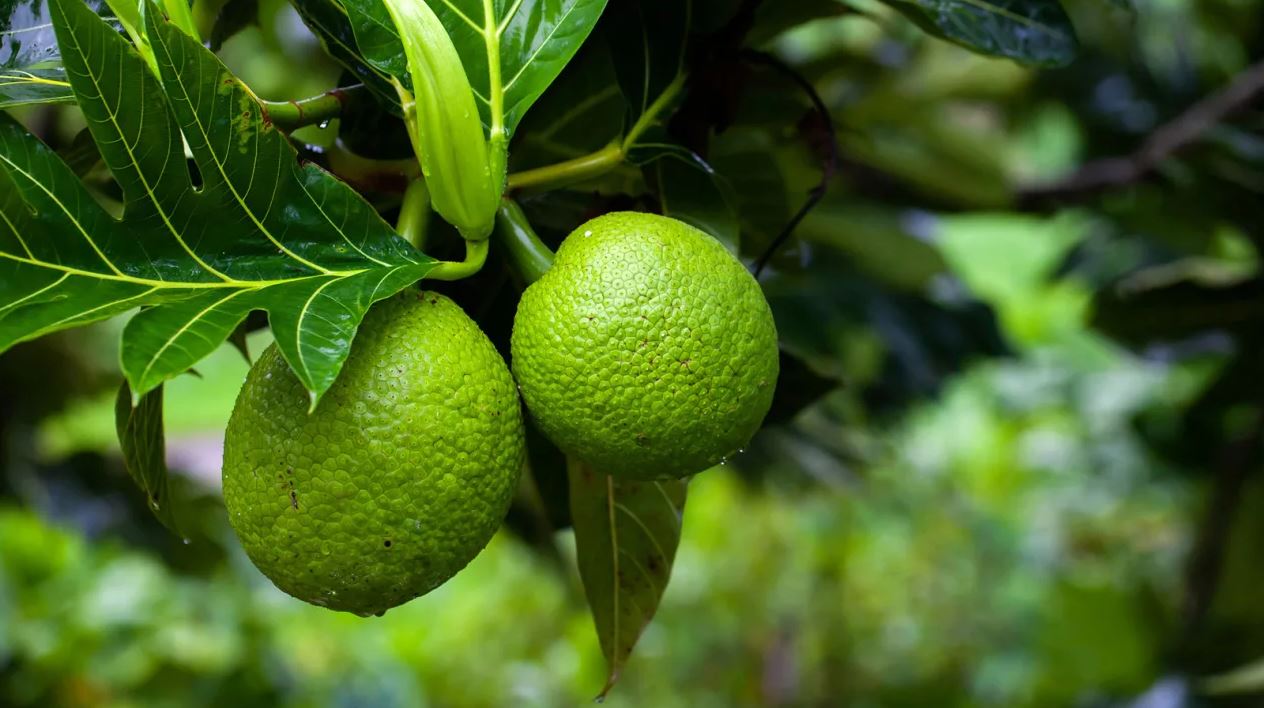 An initiative to revitalise breadfruit orchards in the Cook Islands can save millions of dollars on imported food.

The Cook Islands and kuru (breadfruit) share a long and interesting history.

It was the English explorer Captain James Cook who was the first European to navigate through these groups of islands in the eastern Pacific Ocean, and it was on one of those voyages that Cook stumbled upon the humble tropical food crop in what is now Tahiti, and recommended it as an energy food for British colonies in the Caribbean.

As the history books tell us, through Captain Cook’s recommendations, another equally famous English sea captain William Bligh set sail for the South Pacific aboard the HMS Bounty in 1787 to collect breadfruit, only to be met with the infamous ‘mutiny on the Bounty’ fate.

If only Captain Cook or Bligh for that matter would have known that over 200 years after the mutiny, a breadfruit revival of sorts would begin on the island nation that now bears Cook’s name.

This green renaissance if we can call it that, is not so much about shipping young breadfruit trees from Tahiti westward to the Cook Islands, but more about revitalising, or re-popularising breadfruit orchards on the archipelago.

Behind the initiative is the local farmer organisation Te Tango Enua (TTE), which secured funding from the Farmer Organisations for Africa, Caribbean and Pacific (FO4ACP) project, a joint partnership between the European Union (EU), the African, Caribbean and Pacific (ACP) group of states, the International Fund for Agricultural Development (IFAD) and the Pacific Islands Farmer Organisations (PIFON) to get a group of farmers interested in farming the food crop.

While breadfruit has been an island staple for as long as the island itself, Te Tango Enua felt the need to embark on a public awareness programme first.

“Breadfruit is a traditional crop in the Cook Islands and is not looked at from a commercial perspective,” explains TTE president, Daniel Mataroa.

“The awareness programme aims to change the mind-set of the community by advocating about its health benefits, including the processing of its flour into gluten free flour that is marketable globally.

“The idea is to take this awareness workshop across the country.”

As part of the awareness drive, TTE identified Cook Islands’ eastern island of Mauke as best suited to drive the resurgence of breadfruit farming.

“Mauke was selected as the venue for this programme as it is only 45 minutes by air from the main island of Rarotonga, whereas some of the other islands involve a return flight of 8 hours.

“The volcanic origin of Mauke, which is the easternmost island of the Cook Islands, makes it ideal for agriculture, and with its population of 927 people, the potential for expansion is huge and can be accommodated by the land mass.”

All told, 47 new farmers, 17 of them women and six young people attended the training on Mauke in 2020.

In addition, TTE with the help of PIFON had placed an order for 2000 tissue-cultured plants with the Pacific Community’s Centre for Pacific Crops and Trees in Suva, Fiji, although border lockdowns triggered by the Covid-19 pandemic had delayed the shipment.

That delay has not stopped TTE from using other methods to build up its nursery of young breadfruit trees.

“What we have been doing in the meantime is to identify good breadfruit trees, those that bear fruits in abundance.

“From these trees, we dig out parts of its roots, the size of your thumb, about 3⁄4 inches long and you grow them in pot plants,” explains Mataroa.

“As long as they are watered and looked after, they should grow in 2 months’ time.

“Once they grow to about 5 feet tall, these are then transplanted to the breadfruit orchard.”

That the stakes are high are not lost on the community leader.

He realised this when he attended the Pacific Breadfruit Roundtable in Tonga in September 2016.

With an annual import food bill of around NZ$30 million, Mataroa told the conference that there was so much to be done if local crops like breadfruit were going to make a dent on the Cook Islands’ economy.

“Breadfruit is everywhere in the Cooks, but we eat imported food.

“If the ships stopped coming to the Cooks, we would be the first in the world to all die.

“We spend upwards of $30 million a year on imported food, yet we have breadfruit right on our doorstep, and do not know the potential that it has.”

This is one of a series of impact stories featured in the Pacific Islands Farmer Organisations Network (PIFON) undertaken by members of the Network in 9 Pacific Island Countries under the Farmers’ Organizations for Africa, Caribbean and Pacific – fo4acp programme – which is managed by PIFON and funded by the European Union (EU), the African, Caribbean and Pacific (ACP) group of countries and the International Fund for Agricultural Development (IFAD).

I think the merit is a bit more than the reality. Without a proper kuru structure in place the challenges will be many and varied. The BTIB will need to be involved regarding business start up loans. Harvesting, collecting, sorting, and the short shelf life are challenges to be overcome. Freight by air will be expensive, storage facility or warehouusing with refrigeration will be problematic in Mauke. Processing and I presume into chips for dehydration requires energy either electricity or solar, choices have to be made. Is it to be collected or taken too be processed. How to distinguish between the quality fruit and the other varieties that will be thrown into the mix. The reality is that the pilot programme should be set up in Rarotonga, access to markets, structures for processing can be established here for significant savings.