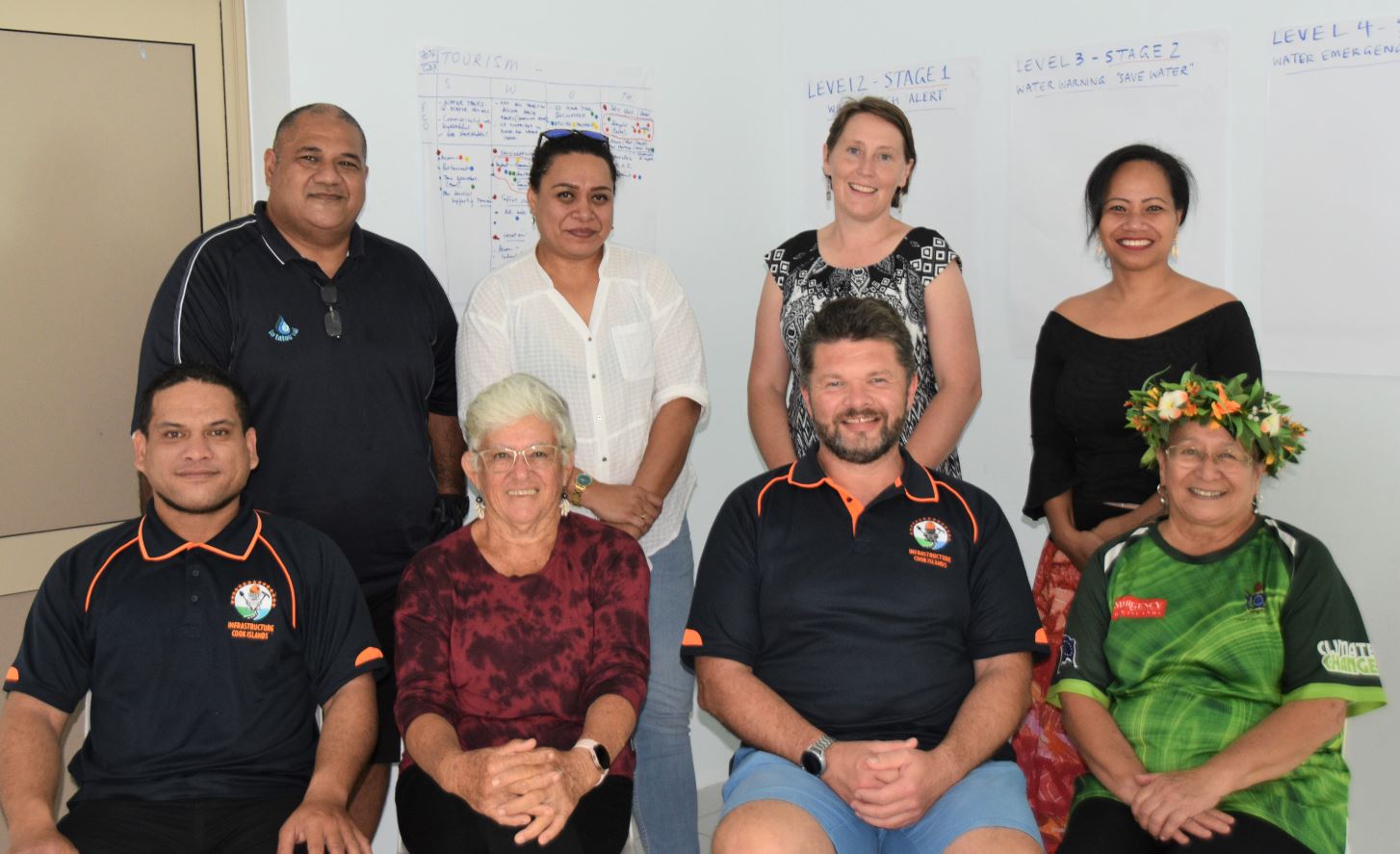 The agriculture and tourism sectors have been identified as vulnerable to the impacts of low rainfall.

Cook Islands Red Cross Society conducted a Drought Early Action Plan workshop last week to create an action plan so when there are low periods of rainfall, there are standardised messages that can go out to tourism operators and agriculture sectors.

“This workshop forms a long history of work in the Pacific region on trying to link early warning information with early action in order to try and prepare different sectors for periods of too much or too little rainfall,” said McNaught.

Earlier this year in March a workshop was held to train disaster managers on how to interpret seasonal forecasts, especially one that the Cook Islands Meteorological Services produces. This was when the farmers and the tourism industry were found to be the main sectors who are susceptible to the effects of low rainfall.

“This workshop really stems from that (March workshop) and takes it one step further, and links with the National Drought Plan in place,” said McNaught.

“Essentially it aims to put some specific actions at different levels of alert for the agriculture and tourism industry, the type of actions they may be able to take based on the forecast Air Watch that the Met services release every month,” she said.

The participants discussed when an early warning or a message about low rainfall is received, “what are the specific preparedness actions that can be taken and given out to the 600+ stakeholders in the tourism industry”.

“This continues a long history of work, essentially bringing the back end of forecasts. The meteorologists work hard, the scientists work hard to try and improve the format and the science behind the seasonal forecasts and we work on the front end - which is how do those forecasts get communicated out into the communities and how does it link with sectors like agriculture and tourism.

“Sessions were done on impact – for example, the small operators accommodations and restaurants that are affected, especially those on the hill side as they don’t receive the gravity, the pressure that those do on the coast which can lead to reduced operations, reduced bookings, and ultimately even reduced local produce available,” explained McNaught.

Costs could increase when water has to be carted or more imported foods are used, she said, adding extended dry periods could also result in less sales.

The workshop was opened by the New Zealand High Commissioner Tui Dewes.

It is supported by an Early Action Rainfall Watch programme in which Aotearoa New Zealand has invested $2.75 million.

McNaught has spent nine years working with Red Cross, she has worked with the United Nations programme, spent four years in Fiji, and has worked on Rarotonga and Aitutaki.