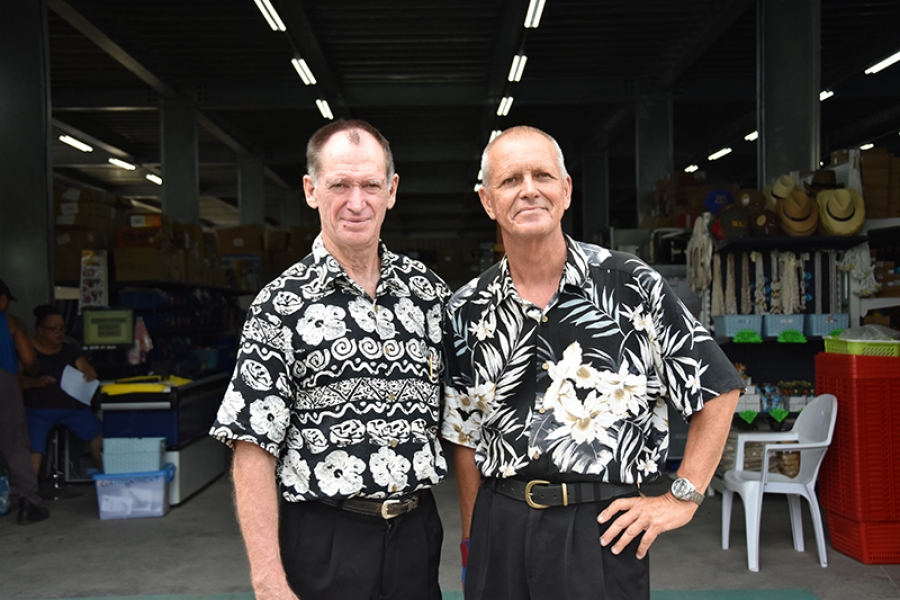 // The continued hammering and grinding in the new megastore means staff can’t hear people on the phone – but that’s not stopping the customers.

Raromart is finally back in business and standing tall – very tall – in the Avarua township.

If the building looks big from the outside, spare a thought for its general manager who discovered just how high the new interior is.

“Funny but not funny,” says owner Don Carlaw. “Our manager Eric fell off two-metre-high shelving and had to go to the hospital.”

Carlaw and Eric Sijp, the general manager, are good friends – which is perhaps why they can laugh at such a recollection. And there’s something else they agree on: the numbers of people they’ve had commenting on how glad they are that Raromart is back.

The previous Raromart Megastore was destroyed by fire last year; since then, Carlaw and Sijp and their team have worked tirelessly to rebuild the store.

Described as “the Kmart of Rarotonga” by its owner, Raromart has been open since 1994.

“The most challenging thing has been shifting the shop around – in the last 10 years we have moved three times.”

Over the years, Raromart has moved to the Empire Theatre building, the Ingram house building and the Vaiora factory.

The new Raromart Megastore now sits where the historic building once known as the Scott and Watson building was. That building housed a clothing factory from 1950s through to the 1970s.

That building was also known as the Raromart mega store until it burnt in an enormous blaze last year.

Carlaw says they were only insured for 80 per cent.

But now they’re back and growing by the week: “We have four containers of new products coming in around two to three weeks from now.”

You can buy anything from cups and plates, to clothes, drawers and kids’ toys at Raromart.

And Sijp says they’re not finished yet: they hope to have all their stock in the shop and operating fully by Christmas.

“It’s a lot better for our customers,” says Sijp. “We can have more stock in a bigger building.”

The building is exactly 2000 square metres, Sijp says, a kitset made from fire resistant steel.

He laughs as he says the guys are still grinding and putting everything together. “We haven’t been able to hear people on the phone.”