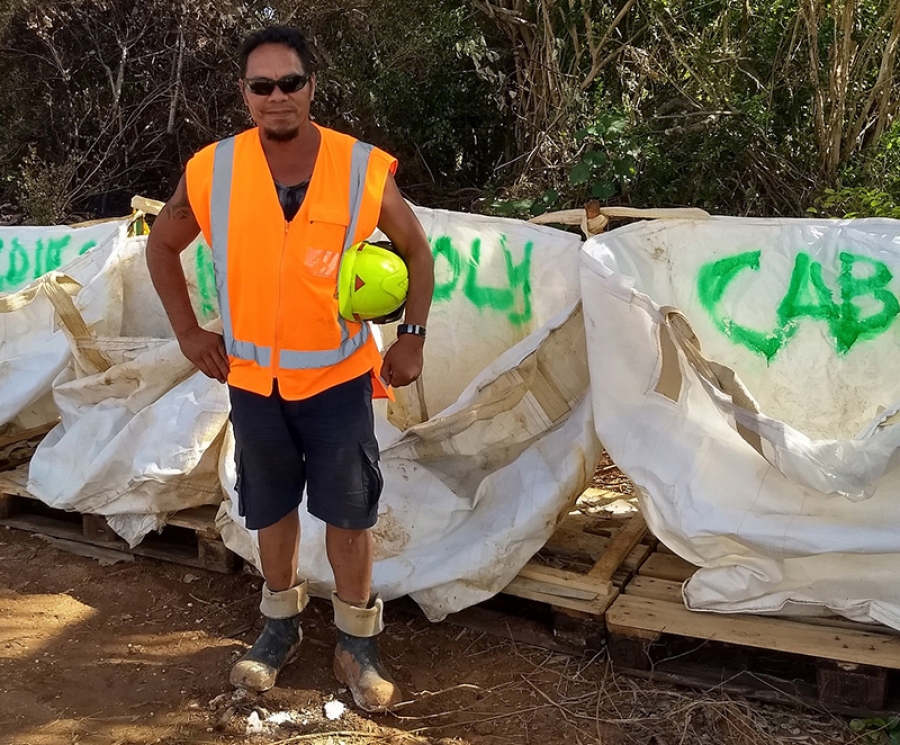 Infratec foreman and community liaison officer Johnnie Tangaroa has set up a system to ensure waste produced during construction of the first solar farm on Mitiaro will be sent offshore for recycling or disposal. 18081001

The Cook Islands Renewable Energy Sector Project is not only building a renewable future for our islands in terms of energy generation, it is also leading the way with its waste management practices.

Large construction projects like this generate a lot of waste and the foreman and community liaison officer of Infratec (the main contractor) Johnnie Tangaroa knew there was a better option during construction of the first solar farm on Mitario instead of the common practice of burning plastics and polystyrene.

“Burning plastics and polystyrene is pretty common on our islands but it’s not the right way to manage waste. It is very harmful to human health. But neither is letting our waste fly away into the environment and it’s also wrong to just take it to the dumps on the outer islands and expect it to disappear.”

Instead Johnnie has set up a system to manage the waste produced by “bag, tag and send offshore for proper recycling or disposal”. The project also donates what they can to the people on the outer islands – like the cable for ei katu and big plastic caps to schools for kids to use for craft and as counters.

“We enforce our practices of recycling on all sites where we have worked on within the southern Cooks to encourage our people to be more mindful as we lead ourselves in to a renewable, clean, green energised nation and lead by example. We as Infratec, are contributing to the course of drawing our community be more aware of the importance of recycling waste and disposing products that are harmful to ourselves.”

Burning plastics and polystyrene releases chemicals such as mercury and dioxins which can be absorbed through our skin and lungs and cause health effects.

The Cook Islands Renewable Energy Sector Project is building solar power plants on six islands, with each plant having generating capacity of three megawatts. The project is expected to save more than a million litres of diesel consumption a year.

Managing waste is also a requirement under their contract and also Project Social Safeguard.